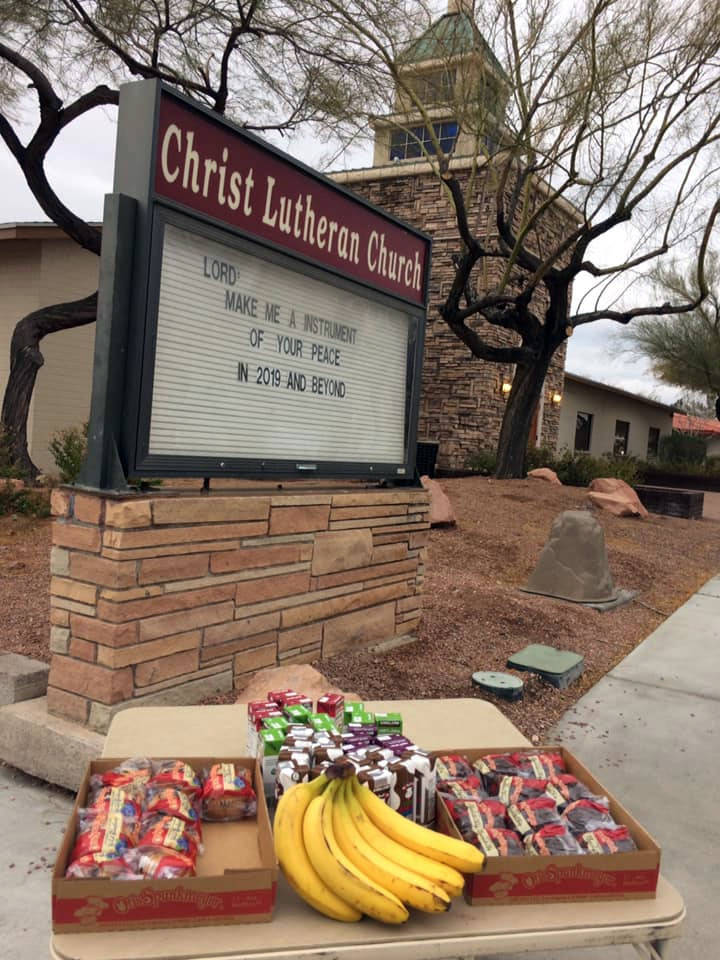 A local church is doing more than just feeding the souls of its congregation. It is reaching out to literally feed area students.

Each Monday, Christ Lutheran Church and its pastor, Adam Stetson, provide free muffins, bananas, orange juice and chocolate milk to children to take as they walk to school.

“I understand that breakfast is an important part of the day,” Stetson said. “To start the first day of school off on a good foot, I thought why not provide them with breakfast.”

He started serving breakfast on the first day of school.

The church is at 1401 Fifth St., not far from King and Mitchell elementary schools.

After the first breakfast, Stetson said his wife, Jessica, asked him how long he was going to offer it, and he said until Christmas. Now, however, he plans to keep it going through the end of the school year.

“Enough people appreciate it that we will continue,” he said.

Stetson is relatively new to Boulder City: He became pastor of Christ Lutheran Church in August 2017. He said his time has gone “exceedingly well.”

Christ Lutheran also plans to participate in other community events including the July Fourth parade, Trunk or Treat and Santa’s Electric Night Parade.

Before becoming a pastor, Stetson served with the U.S. Marines and spent four years on active duty. He and his wife have two daughters, Faith Sola and Anastasia Alitheia.