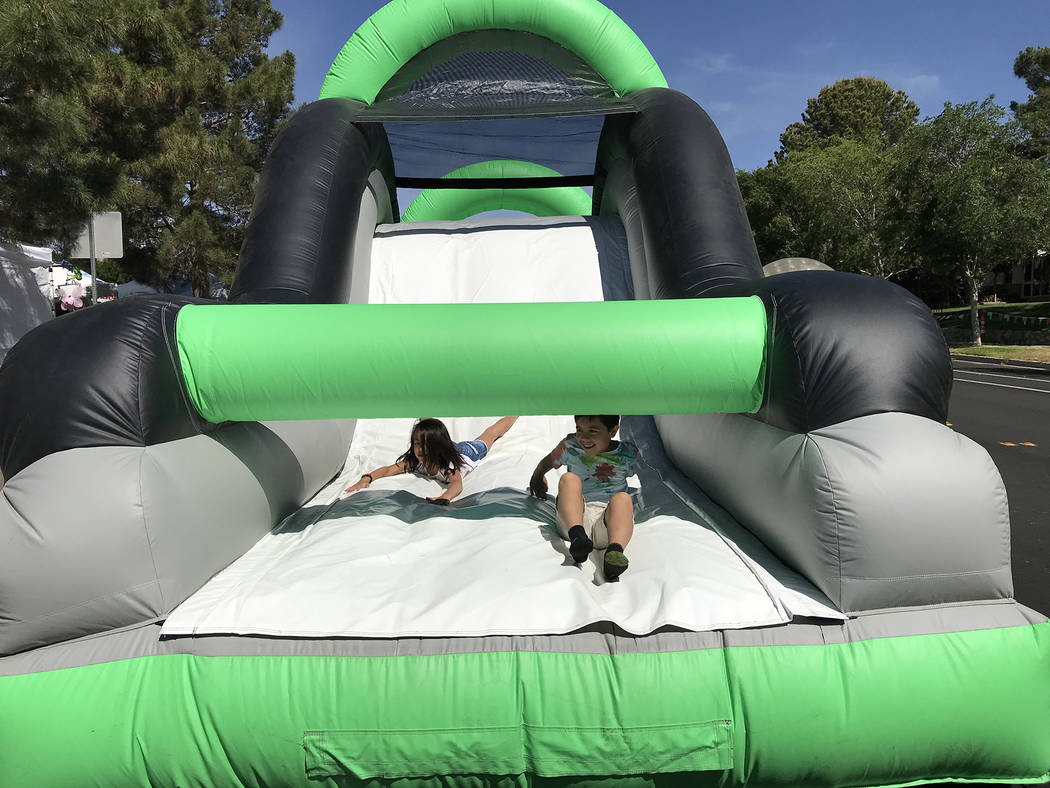 Boulder City’s long-standing Spring Jamboree festival is back for its 42nd year with something new.

“This is their Get Outdoors Nevada Day,” said Jill Rowland-Lagan, CEO of the Boulder City Chamber of Commerce, which sponsors Spring Jamboree. “They have a beautiful setup.”

Rowland-Lagan said the expo’s activities will include a kayak pool, BMX bike demonstrations and a slackline.

Slacklining is the act of walking and balancing on a flat webbing that is suspended between two anchors, like trees.

All the activities are free and are in addition to the kid’s zone, which will feature several new dinosaur enclosures with full-size replicas and other activities. Discovery Kids will also be there.

According to Rowland-Lagan, other new things at this year’s Spring Jamboree are a tiny house demonstration and a second stage on Saturday for entertainment.

The main stage will be in Bicentennial Park, 999 Colorado St., and the second will be at the top of Wilbur Square Park, 1100 Colorado St.

There will also be new retail vendors and several new bands including Las Vegas’ Del Sol Academy of the Performing Arts Mariachi band. It will perform at 11 a.m. Sunday for Cinco de Mayo.

The festival started with eight businesses. In 1977, it turned into a block party and became what Boulder City knows today as Spring Jamboree. Since then it has grown to include many vendors and businesses from all over the Las Vegas Valley.

Rowland-Lagan said there will be almost 400 vendors at this year’s festival. The proceeds from the weekend will go toward the chamber’s promotional expenses, the majority of which go to highlight Boulder City out of the area.