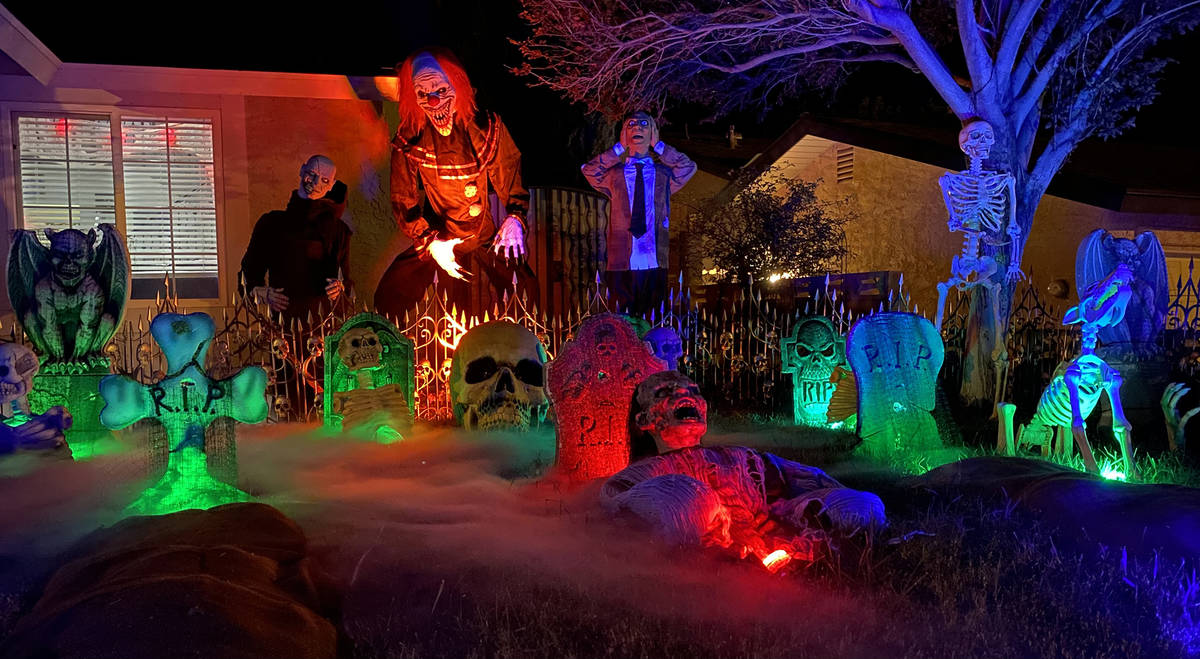 (Mike Pacini) The Pacini home, 653 Arrayo Way, is all decked out for Halloween with a graveyard, fog, skeletons, gargoyles and a scary clown. There will also be a free haunted house on Halloween. 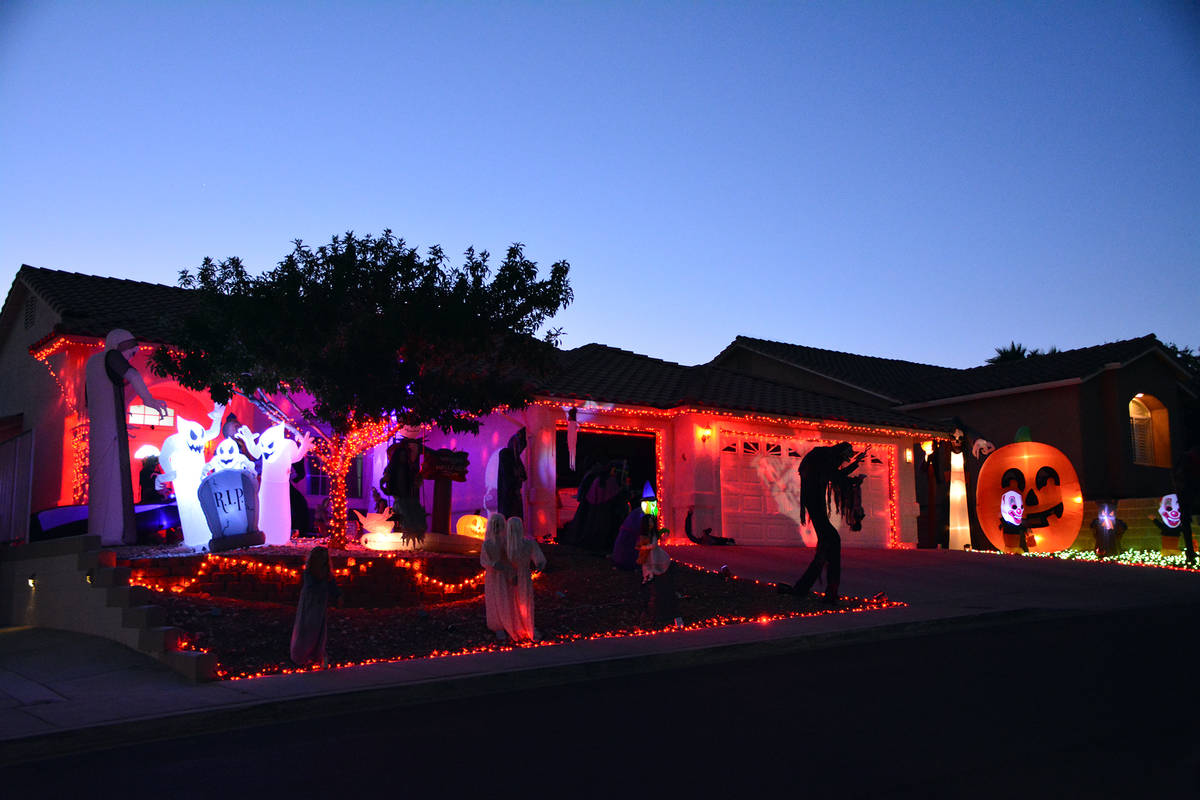 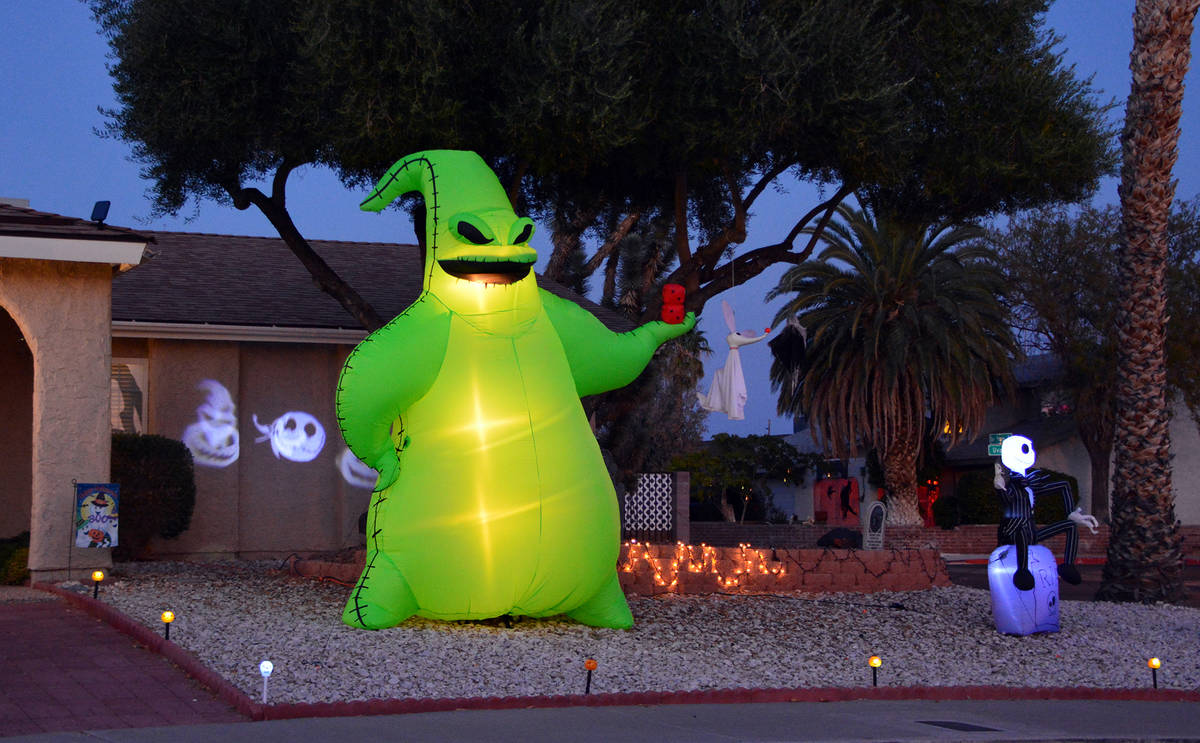 (Celia Shortt Goodyear/Boulder City Review) A home on the 1100 block of Fuente Way is decked out with characters from the Halloween movie "The Nightmare Before Christmas." 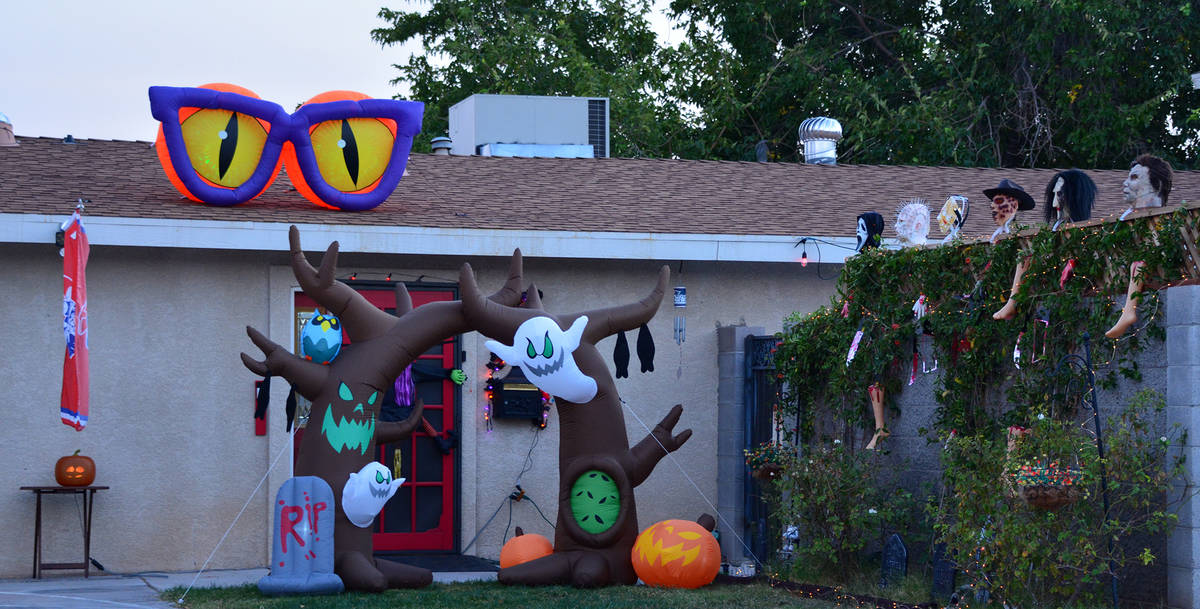 (Celia Shortt Goodyear/Boulder City Review) The home at 1200 Avenue I features Halloween-themed inflatables and a wall of fake heads, arms and legs.

Even though many things have been canceled due to COVID-19, the Halloween holiday is not one of them. Several familiar events will take on an unfamiliar feel this year.

To help the community celebrate, the Boulder City Review has compiled a list of Boulder’s Best Halloween displays in town. They are featured in no particular order and can be observed from a vehicle at a safe social distance.

Mike and Morgan Pacini have decked out their house for Halloween. The graveyard in their front yard has skeletons, gargoyles, a corpse and a scary clown. There is also fog, smoke and light displays. For those feeling adventurous, Mike Pacini said they are also hosting a haunted house in their carport. It opens at 5 p.m. on Halloween and is free for everyone.

Ruben Benitez and Mariley Hernandez have made their home into a Halloweentown. Their display has a huge jack-o’-lantern, inflatable ghosts, lights and scary creatures. It also has light show projected on the garage door.

A home on this block is paying homage to the Halloween movie “The Nightmare Before Christmas.” It is decked out with characters from the film and other Halloween-themed elements.

Dawn and Dale Brougher’s home has scary and fun Halloween decorations. Near the front door and on the roof are Halloween-themed inflatable decorations. On the side wall, there are fake heads, including Freddy Krueger’s, and fake arms and legs.