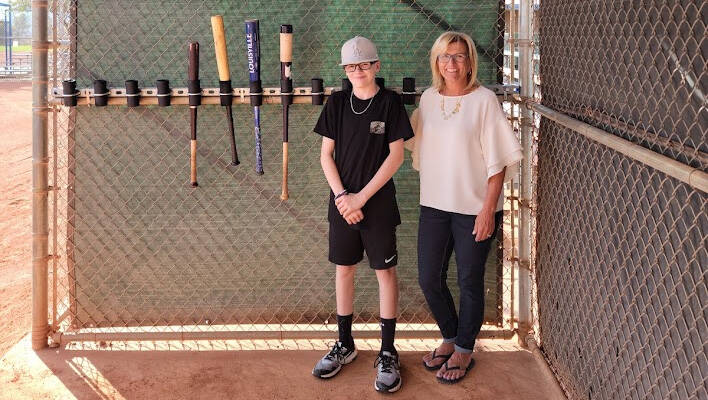 (C.R. Borg) Logan Borg, 13, visits with Julie Calloway, parks and recreation manager for the city, inside a dugout at Veteran’s Memorial Park in front of one of the new bat racks Logan arranged to have made as his Eagle Scout project. 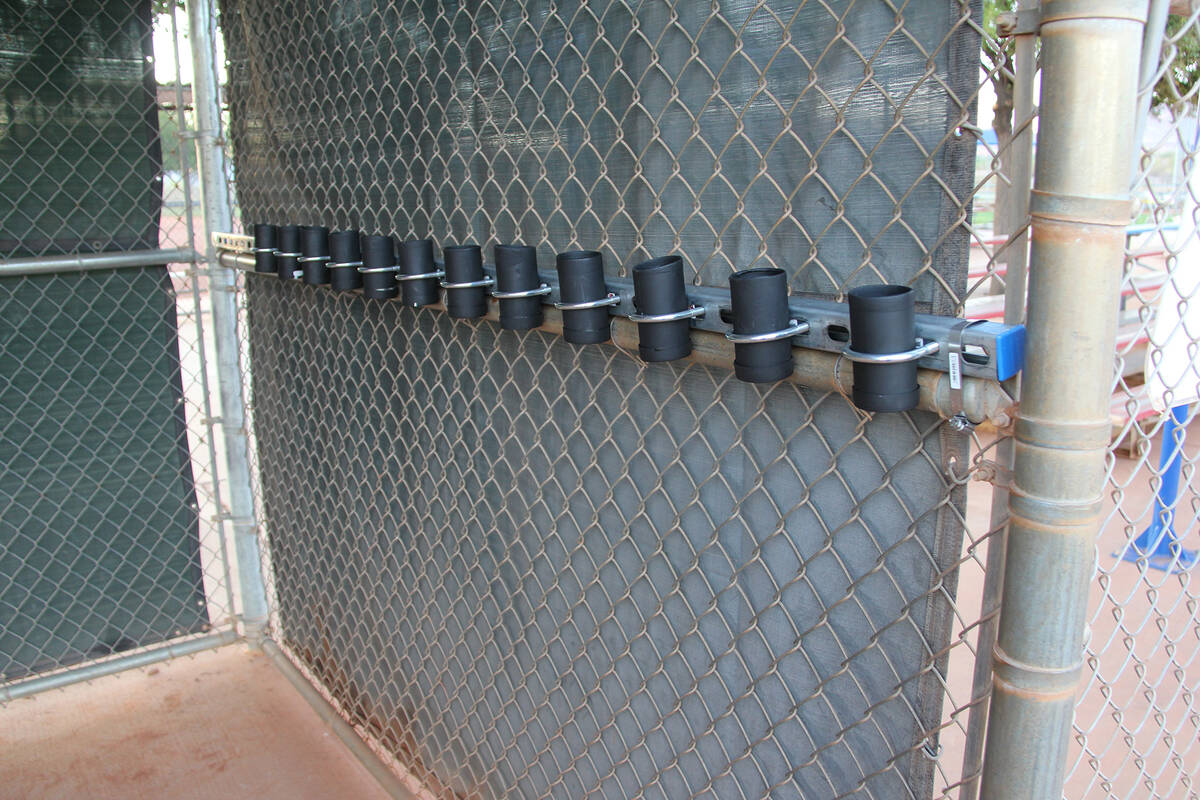 (C.R. Borg) New bat racks for the Little League fields at Veterans’ Memorial Park made out of C-channel, conduit and U-bolts were created as part of an Eagle Scout project.

A member of Boy Scouts of America and avid Little League player, he just completed making a new bat rack for the fields at Veterans’ Memorial Park as his Eagle Scout project.

Logan, who has been involved with both organizations since he was 6, said he noticed the park’s bat racks were looking “really bad” and thought providing new ones would allow him to “give back to the community and help Little League” while earning his Eagle Scout rank.

According to C.R. Borg, Logan’s father and assistant scoutmaster of Troop 7, Logan came up with a design for new bat racks made out of C-channel, conduit and U-bolts. He received donations from family and friends for the project, which resulted in the construction and installation of eight new bat racks at the park’s Little League fields.

The project, which fellow members of Troop 7 and volunteers helped with, was the final element of the requirements to become an Eagle Scout and he is just awaiting his review later this month where he will explain what he did and why. Then, he said, he will receive official approval for the award.

“All the stuff to get Eagle Scout” was really fun, Logan said.

He said he “worked through the ranks really fast,” since joining Cub Scouts when he was 6 and wanted to receive his Eagle Scout award before he started high school because he knows he will have a lot more commitments.

Currently, Logan is in eighth grade and homeschooled by his mother, Laura.

Logan said he has really enjoyed being a Scout and earning merit badges. Camping has been his favorite activity because it involves so many things such as learning how to cook, how to start a fire, how to tie different types of knots and how to set up a campsite.

His younger brother, Cameron, is also a member of Troop 7.

In addition to Little League, Logan plays club baseball with the Nevada Sports Academy Stars. Among the positions he plays are shortstop, second base and pitcher.