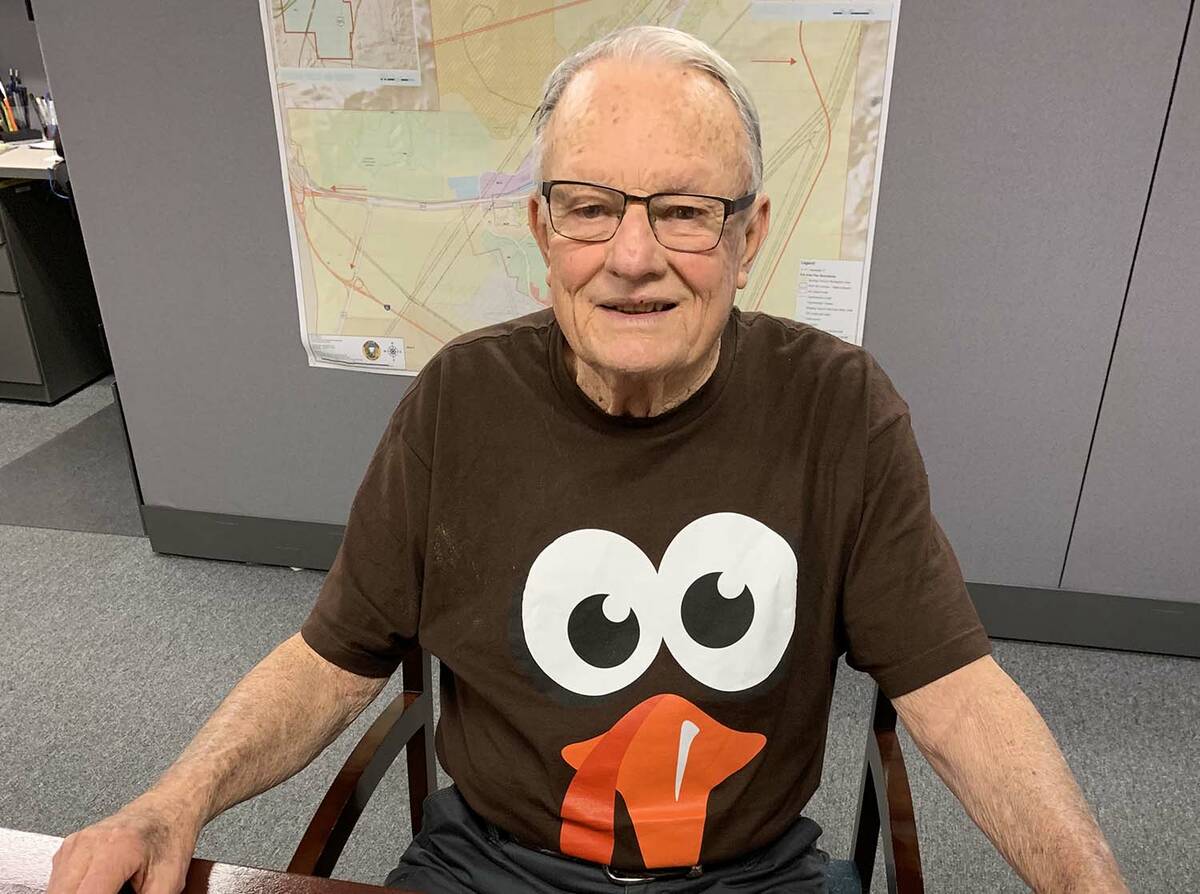 (Hali Bernstein Saylor/Boulder City Review) Jim Amburn of Boulder City enjoys making things, such as these pine cone turkeys, out of upcycled material. He made around 100 turkeys during the summer and they will be given to homebound senior citizens with their Thanksgiving dinners delivered through Meals on Wheels. 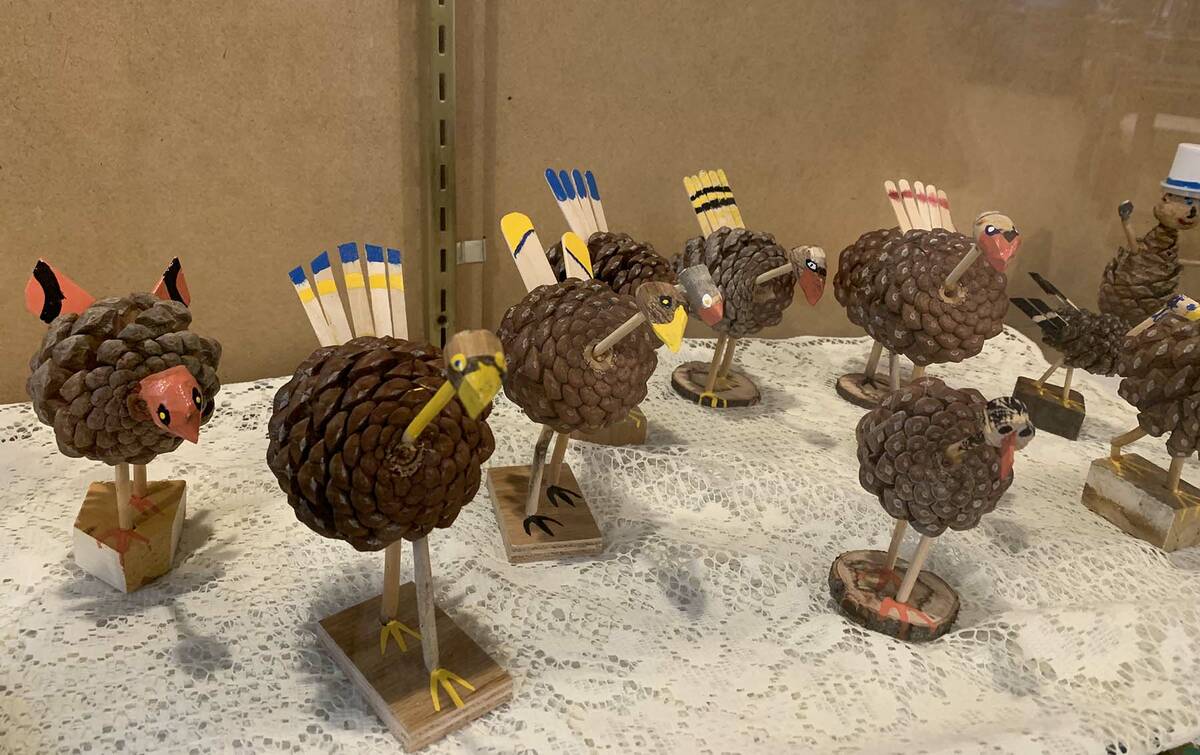 (Hali Bernstein Saylor/Boulder City Review) Several pine cone turkeys made by Jim Amburn of Boulder City are displayed at the Senior Center of Boulder City to help mark Thanksgiving. They will be delivered, along with a meal, to homebound senior citizens.

Made of pine cones and miscellaneous items by Boulder City resident Jim Amburn, the turkeys are a gift to seniors from the center and director Victoria Mason.

“It’s just a little something extra,” she said of gifting the turkeys to homebound seniors.

Mason said she hopes they will help brighten the day of those who receive them, noting that social interaction such as the meal deliveries, improves seniors’ longevity and their quality of life.

Amburn said he’s happy his turkeys will go somewhere they can be appreciated.

He said he began making the turkeys about four years ago after his wife, Lue Ann Amburn, began bringing pine cones home from her walks around town and asked if he could use them.

Creating the turkeys, and various other items, doesn’t cost Jim Amburn much. He prides himself on upcycling or using things he “finds around the house” such as old frozen pop and stir sticks, broken broom handles and assorted pieces of metal to make his creations.

Jim Amburn said he made a few turkeys and his wife gave them to friends and neighbors.

“If I run out of pine cones I’ll ask Lue Ann to pick some up,” he said.

Then, the turkeys started accumulating.

He estimates he made around 100 pine cone turkeys during the summer, each one unique.

Jim Amburn said that while their friends appreciated receiving the pine cone turkeys, there were just too many of them. That’s when his friend Paul Stoutenborough introduced him to Mason.

Stoutenborough is a member of the local wood carvers group that meets at the senior center. He frequently displays his carvings at the center and suggested that Jim Amburn display some turkeys.

After seeing the turkeys, Mason got the idea of giving them out with the delivered Thanksgiving meals.

In addition to the Meals on Wheels recipients, several turkeys will be given to staff members and volunteers.

Jim Amburn has been working with his hands nearly all his life. Before retiring, he worked as a shop teacher, offering lessons in woodworking, metal working and automotive repair. He spent his last 22 years as a teacher at Valley High School, where students often helped him work on his project cars.

He has been making things and giving them to friends for about the past 10 years.

He said he also likes to paint and create scenes on old saws and pieces of wood or paint American flags on pieces of corrugated metal and fiberglass.

Any donations he receives for his creations go into buying more paint or other craft supplies he can’t find laying around.

“I don’t sit around or he’ll paint me,” said Lue Ann Amburn with a grin. 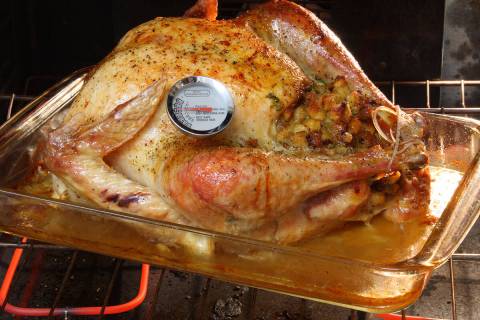