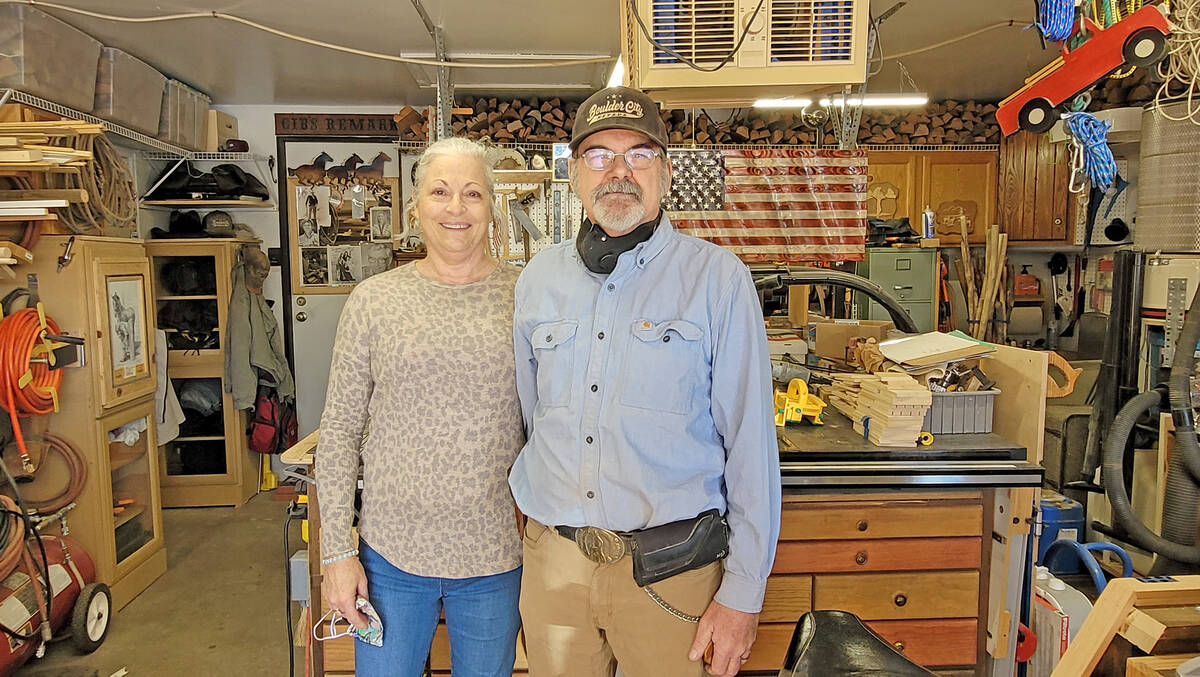 (Celia Shortt Goodyear/Boulder City Review) Boulder City resident Bob Pearce uses his woodworking hobby to encourage others. He and his wife, Barbara, have lived in Boulder City for seven years. 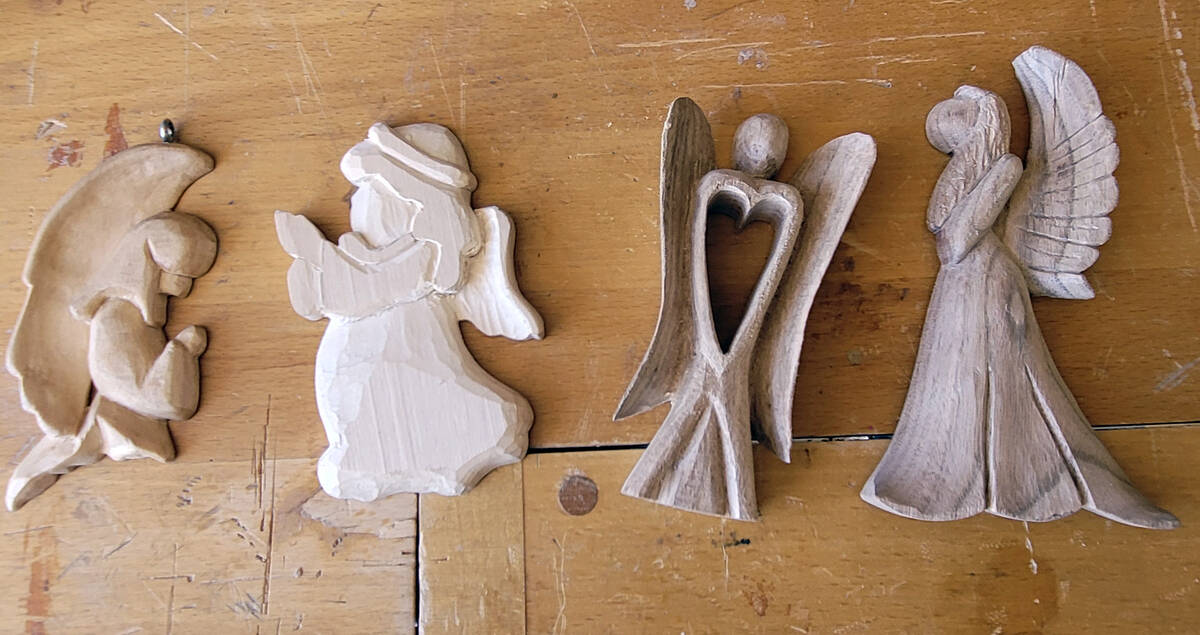 (Celia Shortt Goodyear/Boulder City Review) Local woodworker Bob Pearce designs different angels throughout the year and then makes them into ornaments to give out to waiters and waitresses during the holidays.

“My dad was doing some carving one day, and I started,” said the Boulder City resident. “He gave up and I kept going. … I started in 1979, out of high school, and I haven’t looked back.”

Twenty years ago, Pearce took that hobby to a new level when he had an idea to create small wooden angels and give them to waiters and waitresses from Thanksgiving to Christmas.

“I heard something about some guy doing it somewhere,” he said. “I decided to do it. … I give one out with the tip when we go out to eat.”

“They work hard and it makes them feel good,” added Barbara Pearce, his wife, who praised her husband for his giving nature.

“I feel it just takes a good-hearted person to do it,” she said. “He really does it because he loves it.”

Bob Pearce not only spends time throughout the year designing and making the angels to give out, but he also works on other projects in his home workshop for other organizations in town.

He created American flags for the Wounded Warrior project and made a shield for the National Park Service.

When he’s not working on projects for other people, Bob Pearce is working on ones for his wife.

“I’ll say it’d be nice to have something like this … and the next thing I know he’s working on it,” she said. “I’m lucky.”

For him, Bob Pearce said woodworking is relaxing and wood “speaks to him.”

One of his recent projects is a set of small wooden houses.

“I just cut out the house that’s there,” he said. “None of them are the same.”

Barbara Pearce also found relaxation in an artistic new hobby she started during the pandemic. She said she started painting pictures with dots on rocks.

The Pearces have lived in Boulder City for seven years.