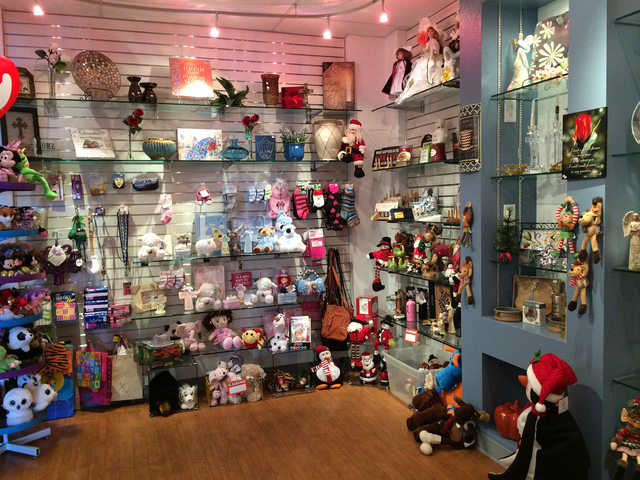 Last year was the best on record for the Boulder City Hospital Auxiliary.

The nonprofit group, which works to support the hospital, presented a list of its many accomplishments during its annual report recently, according to Vice President Cathy Westrich.

“We had great opportunities because of the expansion of the hospital,” she said.

The renovations and expansion at the hospital allowed the auxiliary’s gift shop, its primary source of funds, to move adjacent to the lobby and front reception desk offering greater exposure, she noted.

Operating the Goldies Gift Shoppe and volunteering in the hospital’s long-term care facility are the main activities of auxiliary members. However, they also help out with administrative needs and recently instituted a compliance class in conjunction with human resources.

“The auxiliary is a highly valued partner and an essential part of Boulder City Hospital’s identity and history,” said Thomas Maher, chief executive officer of the hospital.

Westrich said people often join auxiliary after a positive experience during a stay or relative’s stay at the hospital.

“I’ve long felt that the community needed this community hospital. To see it growing as it is, is pretty good,” she said.

Westrich and her husband are both involved in the auxiliary.

Proceeds from sales at the gift shop are used to purchase equipment that is then donated to the hospital. Last year, the auxiliary donated $18,103, including its purchase of a centrifuge, hot food counter, WiFi system and wheelchairs for the hospital.

“Annually, the auxiliary leadership reaches out to all hospital department heads asking what equipment they would like the auxiliary to purchase for them. Some of these are ‘nice-to-have’ items and others are much-needed replacements,” Maher said.

“It is an impressive list of accomplishments and we look forward to reaching for more in 2016,” Westrich said. “As our membership continues to grow, we believe we can strive for more ways to assist our newly expanded Boulder City Hospital.”

Currently, the auxiliary has 68 members, including 15 who joined in the past year.

The auxiliary will have its annual luncheon and general meeting at 1:30 p.m. April 13 in the dining room of the hospital’s long-term care unit.

Westrich said she hopes that prospective members will attend the luncheon to learn more about the auxiliary and what it does.

It was moved to April from May to allow prospective members time to have their applications processed before the summer break. Because volunteers work in the hospital where there are privacy issues, background checks must be conducted on each person, Westrich said.

The auxiliary meets at 11 a.m. on the second Tuesday of each month, except during the summer.

More information about the auxiliary and its activities is available on the hospital’s website, www.bchcares.org.