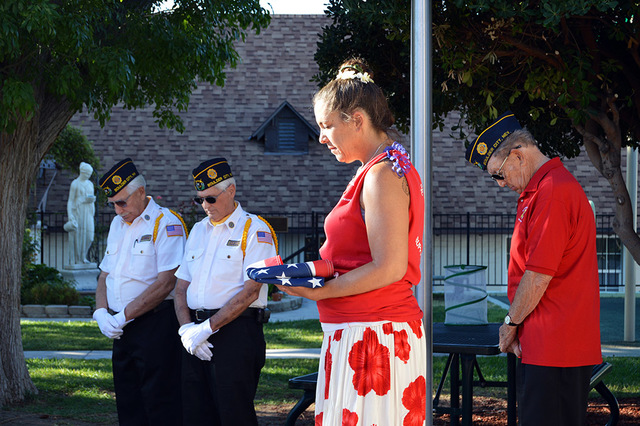 Max Lancaster/Boulder City Review Grace Christian Academy Principal Devon Tilman, center, bows her head in prayer, retired flag in hand, as members of American Legion, Post 31, and students and faculty of the school thank the soldiers who risk their lives. American Legion members as well as faculty and students were gathering to replace the school's old American flag with a new one. The old flag was given a traditional retirement and will be cremated at the Southern Nevada Veterans Memorial Cemetery. 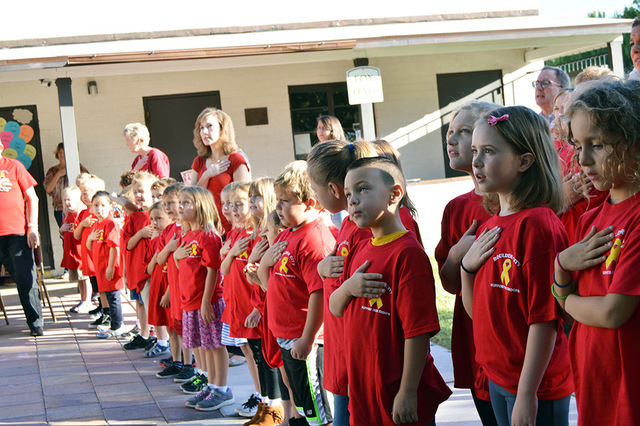 Max Lancaster/Boulder City Review Julian Vargas, 6, fourth from right, and the other students of Grace Christian Academy hold their hands over their hearts during the Pledge of Allegiance. The students were outside Friday to retire the school's old American flag with American Legion, Post 31. 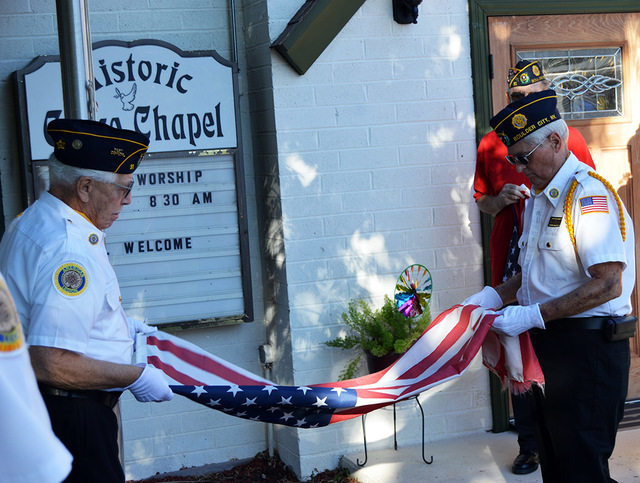 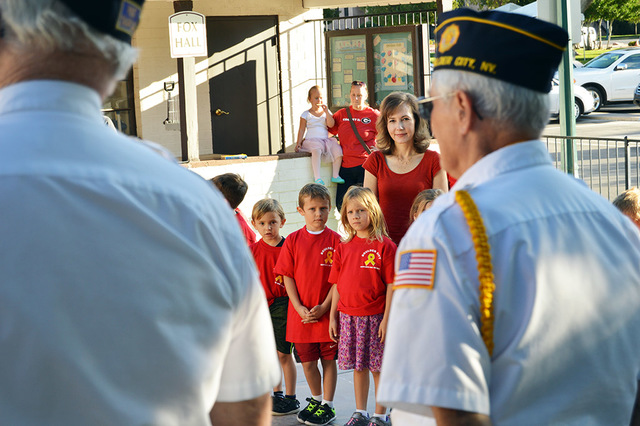 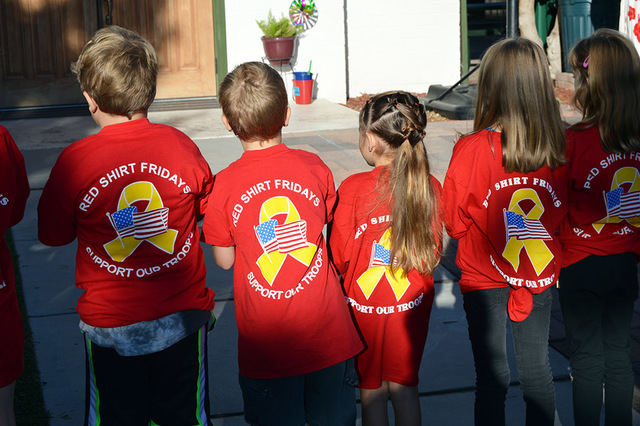 Max Lancaster/Boulder City Review Grace Christian Academy students wore red shirts to the school's flag retirement ceremony Friday morning, in honor of R.E.D. Friday. The acronym stands for “remember everyone deployed.” The school is planning to wear the shirts donated by the American Legion, Post 31, every Friday in honor of the troops stationed abroad.

Principal Devon Tilman said the day was about teaching children respect for the tradition of the flag and how one is put to rest after it has been worn out.

Students were treated to a full flag retirement ceremony as members of the American Legion saluted and folded the flag in proper tradition followed by a new one being raised in its place. The old flag will be cremated at Southern Nevada Veterans Memorial Cemetery.

Students stood in silence as the old flag was taken down and sang as the new one was raised.