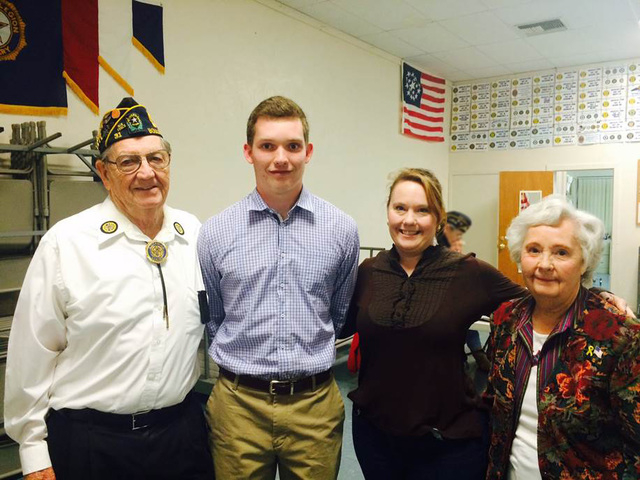 Zachery Murphy, second from left, presented his speech on immigration during the American Legion, Post 31’s March meeting earlier this month. Murphy’s attendance at Boys State in June is sponsored by the post. He was joined at the meeting by his grandparents Joe and Bernadette Rowe, at the far left and right, respectively, and his mother, Joie Murphy.