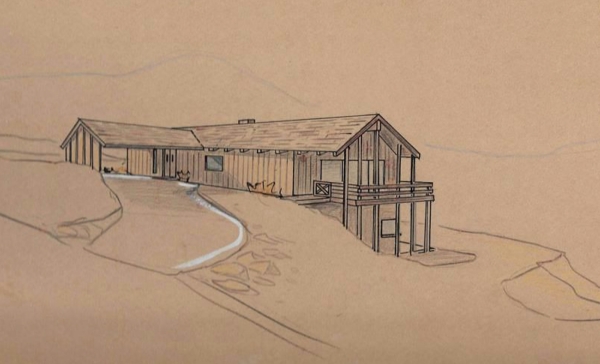 There’s nothing like coming home for the holidays — even if the home doesn’t belong to your family.

Several area residents are inviting members of the community into their homes this holiday season as part of the 40th annual Home Tour presented by the American Association of University Women.

“I brought the idea from Philadelphia where I was president of the doctor’s wives group,” she said.

The tour was a very successful fundraiser for the group, bringing in “loads of money,” Gordon added.

The Temple University graduate and founder of Oaklane Academy Preschool said she felt the home tour would be an ideal activity for the Boulder City group because of the many historic properties in town.

Although people were always interested in seeing the insides of the homes, getting the owners to open their doors to guests was a bigger challenge in its first years, Gordon said.

Today, however, is a different story. Lu Ann Amburn, who organizes the home tour for AAUW, said they had several volunteers.

“This year is the first time that I know of where people have contacted AAUW to have their homes featured,” she said.

Originally held earlier in the year, Gordon said the group moved the annual tour to December because the home’s holiday decorations enhance the festivities.

Many of the homes and historic sites featured on this year’s tour have an artistic connection, Amburn said.

Included on the tour is the 1970s home built by Cliff Segerblom, who was known for his photography and painting. It was recently purchased by another artist, who is in the process of renovating the property.

Amburn said there is another home on the tour that is owned by an artist who was married in the Segerblom home.

Additionally, tour participants will be invited to visit the Boulder City Art Guild’s gallery inside the Boulder Dam Hotel.

The hotel is the first and last stop on the tour, while the remaining sites can be visited in any order. Addresses of the individual residences are given only to those who purchase tickets to the tour to protect homeowners’ privacy.

Proceeds for the home tour benefit AAUW scholarships to women who are returning to school. The chapter will be awarding three $2,000 scholarships for the 2016 spring semester.

The Boulder City branch of AAUW has been around since the 1950s.

Tickets for the tour are $10, and can be purchased in the lobby of the Boulder Dam Hotel or from any club member.