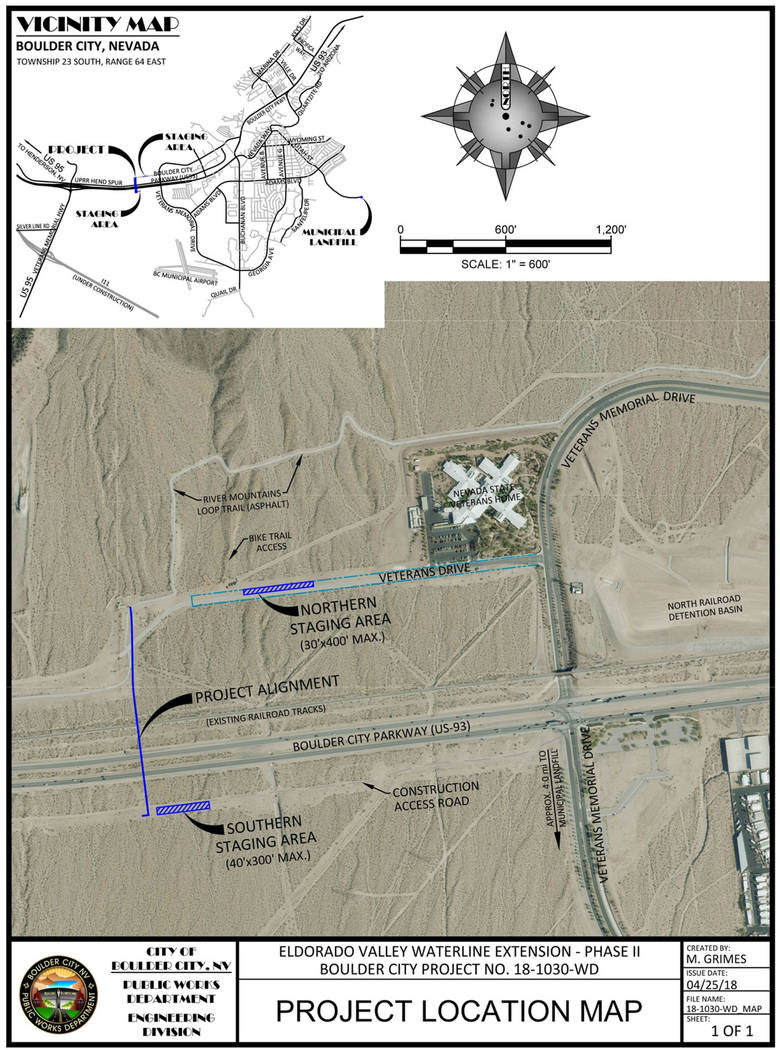 Boulder City Boulder City will not have to do a third phase of the Eldorado Valley waterline extension, according to a recent memo from Copper Mountain Solar 4.

Boulder City has completed its contractual obligations for the recent Eldorado Valley waterline extension and will not have to do a third phase, according to city officials.

Recently, the city finished the project that created a new 16-inch raw waterline from the Southern Nevada Water Authority raw waterline near the interchange for U.S. Highways 93 and 95 to the Silver State materials site, run by Copper Mountain Solar 4.

According to city documents, the project was part of water service contract with Solargenix LLC that began Nov. 4, 2003, through resolution 4196. It was delayed until 2018 because of the recession. The city completed the extension in June and staff was researching whether the city was contractually required to extend the line to the training facility.

On Sept. 5, the city received a memo from Copper Mountain Solar 4’s Vice President Akshaya Bhargava, who said the city and solar company had completed their requirements from that water service contract.

“With completion of this project and notification that we have fulfilled the contractual obligation, Copper Mountain Solar 4 says that it has sole responsibility of any future modification or extension of the line,” said Dennis Porter, utilities director for the city.

Public Works Director Keegan Littrell said phase one of the project was awarded by City Council on June 12, 2018, and finished June 14, 2019. Phase two was completed in May and council approved the final acceptance, payment and release of bonds for that phase at its June 25 meeting.

According to Communications Manager Lisa LaPlante, the total cost of the project was approximately $2.2 million.

Littrell estimated it would cost the city an additional $3 million to $4 million if it had to extend the line.

Copper Mountain Solar 4 also pays for the water that goes through the line.