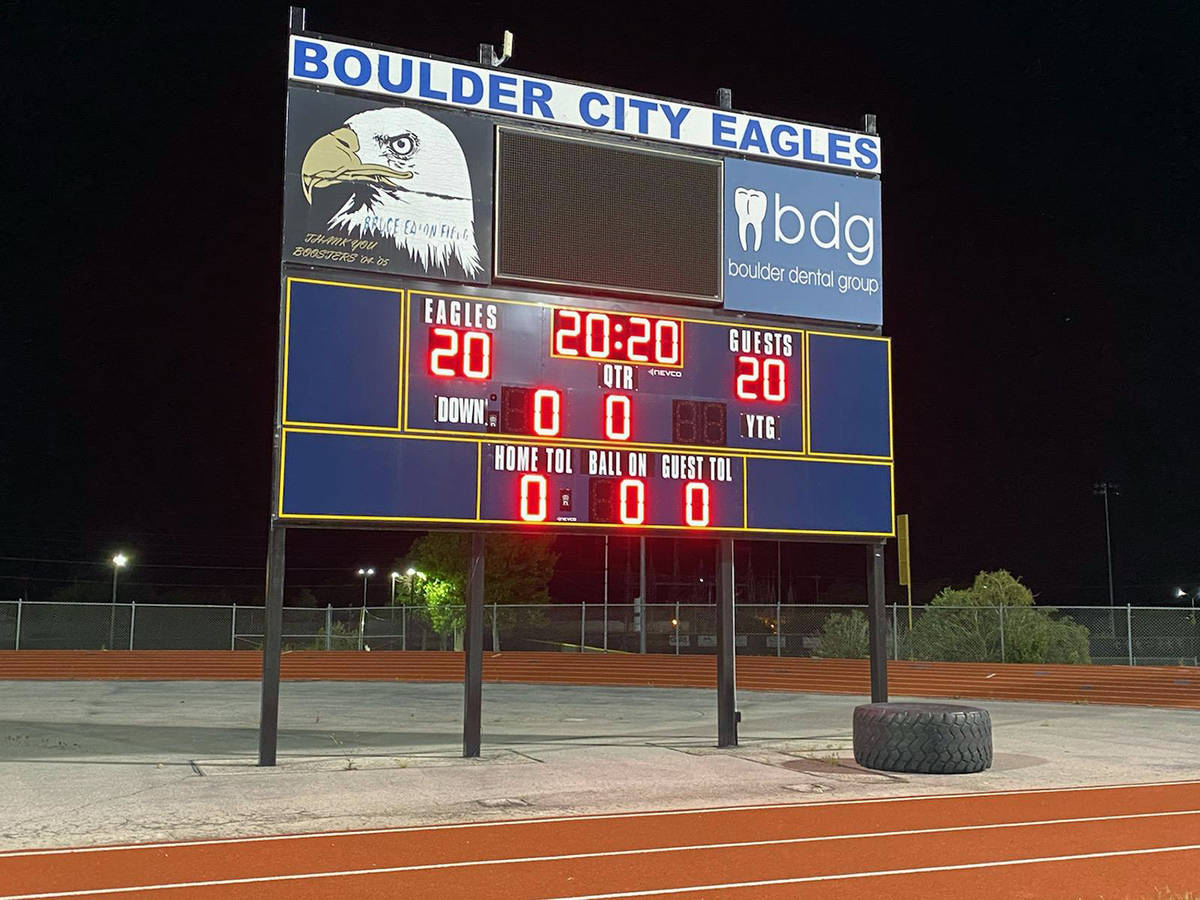 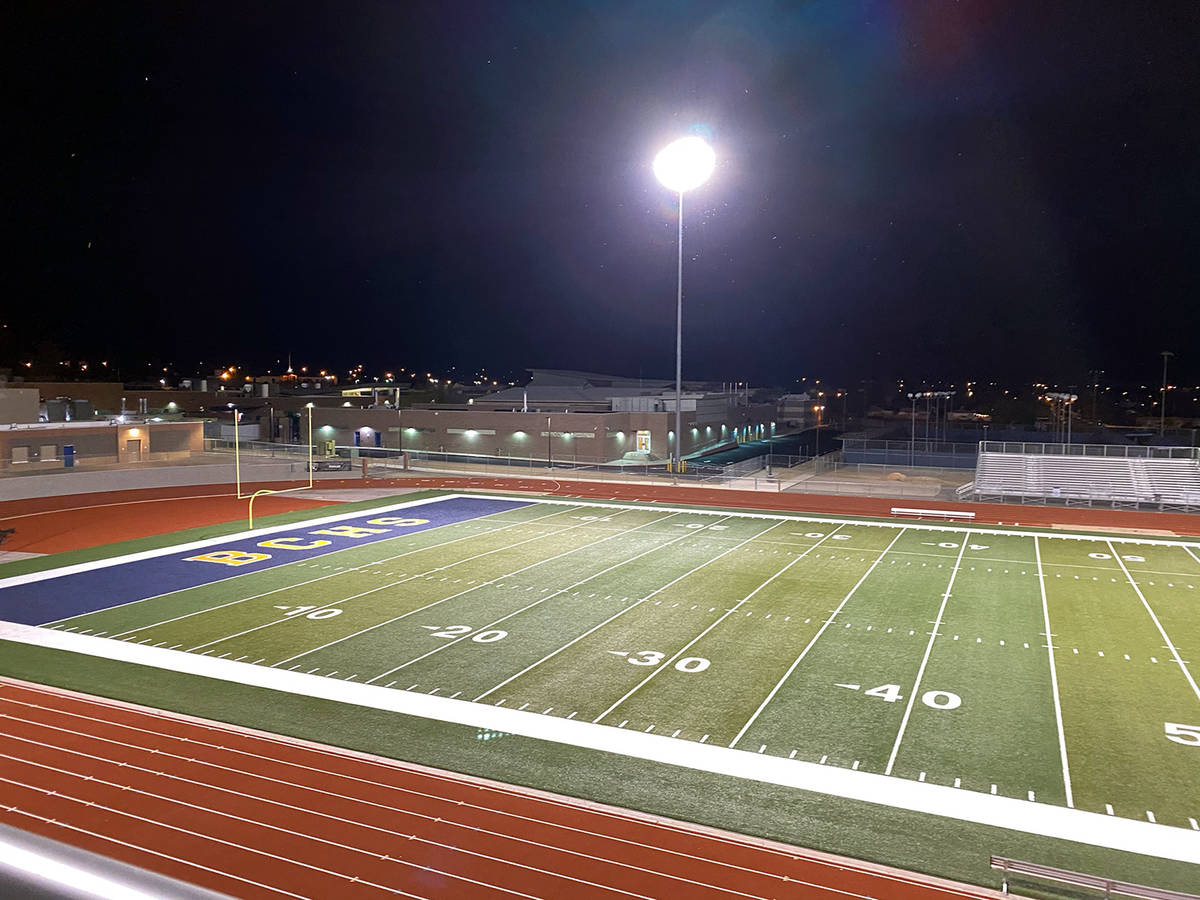 Amy Wagner The lights at Bruce Eaton Field at Boulder City High School were lit Friday, April 24, in honor of the class of 2020.

With the current limitations on social gatherings, Boulder City High School’s class of 2020 is going to wait to hold its graduation ceremony until more people can be together in one place.

The Clark County School District recently postponed all graduation ceremonies and left the specifics of rescheduling them to the individual schools.

“They want to be able to graduate with their friends and have it on the football field,” she said. “We can’t do it yet … because right now we can only have 10 people in a room.”

Wagner said there are 136 students in the class of 2020. She said the soonest graduation would be held is at the end of June, but it could be pushed out later, depending on the guidelines from the Centers for Disease Control and Prevention.

“We just have to wait for the (CDC) number to be what they want it to be,” she said.

Additionally, all four public schools in the community are working on plans to close out the academic year since the campuses will remain closed to prevent the spread of COVID-19, according to a directive from Gov. Steve Sisolak.

Wagner said there will be no semester exams and the third-quarter grades have been reopened. Those grades will become the students’ grades for the fourth quarter.

“All kids have an opportunity to improve their third-quarter grades,” she said.

Final report cards will be mailed to students.

Garret Junior High School Principal Melanie Teemant said she is still coming up with a plan, but she will be “sticking” to the guidelines for the third and fourth quarters that were given by the school district.

The elementary schools in town are facing a different scenario as they operate under a semester system.

Mitchell Principal Ben Day said teachers had already given out some grades before school closed.

“Teachers won’t be taking any new grades on things that the students have been doing at home, but because the second semester started in early January the teachers have a lot of grades in their grade books that can ultimately become final semester two grades,” he said.

He said final grades for kindergarten students could be a challenge.

“Kindergarten report cards are solely standards-based report cards in which the teachers rely on data that they would typically collect at the end of the year. … Since the children have all year to learn each standard, we rely on what the students are doing at the end of the school year before determining whether they have met the standard or not, so providing accurate grades for kindergarten students will be a bit challenging,” Day said.

He said the school system is supposed to provide more information about those report cards.

“Grade books are open for students to make up missing work,” said King Principal Anthony Gelsone. “No new assignments are entered. We are awaiting further guidance. Report cards will be mailed home.”

Gelsone did say the school is making a plan to allow parents to pick up personal items and return library books for their children.

“As of now this will all be dependent on orders by the governor moving forward,” he added. “Social distancing and group sizes must be followed.”