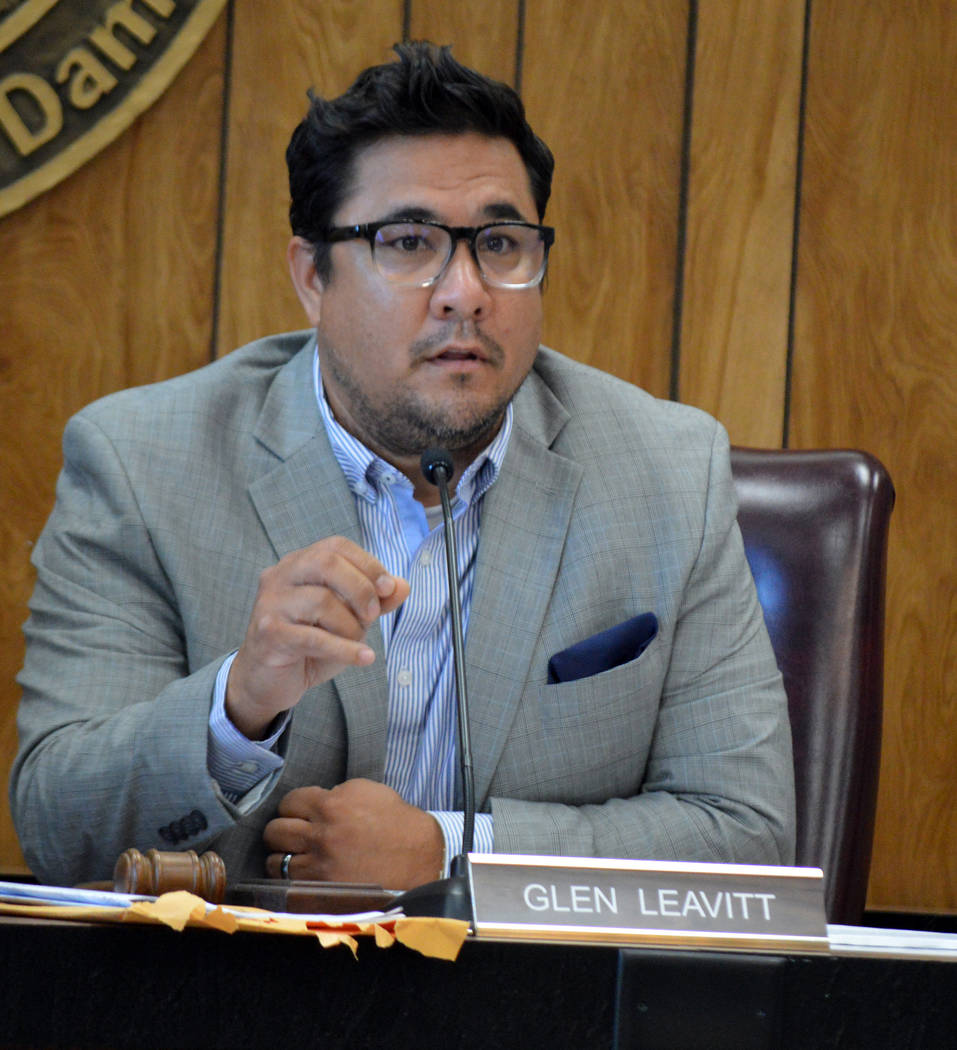 The Boulder City Planning Commission set a precedent at its June meeting by allowing driveway pavers to be considered landscaping for the planned townhome subdivision on Nevada Highway.

The pavers were part of the landscape plan submitted for The Cottages, a 65-unit townhome subdivision on the site of the old trailer park. The final map approval and the point allocations for the project’s landscape plan were on the agenda at the commission’s June 21 meeting.

According to City Planner Susan Danielewicz, the point system for the city’s landscaping requirements is extremely complex and incorporates standards from the city code. For areas that are not exempt from the requirements, landscape points need to be equal to the square footage of the proposed landscaping. For example, 50,000 square feet of landscape area equals a minimum 50,000 required landscape points.

“The code and point system then allocate points to various types of landscaping and ground covers, with additional formulas … and for certain other features allows the Planning Commission to award points for those features (boulders, sculptures, etc.),” she said.

The Cottages, which needs to have 87,756 landscaping points, submitted a plan that requested the commission award 1 point per square foot of artificial turf, 35 points for each boulder and ¼ of a point for each paver.

There would be less than 2,000 square feet of artificial turf, which would be a feature within the common areas of the subdivision. The pavers would be used for the interior driveway courtyard areas. Their proposed point value is the same one proposed for decomposed granite, gravel or other small rock.

Commissioner Steve Walton had some concerns about pavers being considered landscaping.

“As I understand it, and correct me if my understanding is in error, they’re asking points for pavers where the driveways would normally be, not where landscaping would normally be … so, this is actually in place of a driveway and then asking for points … for a driveway that’s of a better material.

“I mean, I agree it’s more aesthetic, but it’s basically a driveway,” he said.

If the pavers were not awarded the points, BCMHP LLC, the project’s developer, would have a point deficit of almost 50,000 and would need to plant approximately 1,200 plants.

Commissioner Cokie Booth said the pavers will make the yards look more appealing, just as plants and trees would.

“I personally think that would be adding to the aesthetics of the property by putting the pavers in,” she said.

Commissioner Paul Matuska said that he was also struggling with the dilemma but felt the alternatives of using asphalt or concrete, as well as reduced water efficiency with the increased number of plants needed to cover the point deficit, were worth the trade-off.

“Are we setting a precedent we don’t want?” Matuska asked.

Commissioner Fritz McDonald thought this precedent may be a good idea because, currently, the system awards points for decomposed chat and rock, which could make up an entire front yard, versus a yard having a small bench with pavers.

Planning Commission Chairman Glen Leavitt said that, by approving this landscaping plan, it could be awarding value to something that needs value.

The commission unanimously approved the plan.

In addition, it recommended that the City Council approve the final map for The Cottages.

At its May 9 meeting, the City Council approved the tentative map for the project, with conditions dealing with parking and access to the subdivision.

Because of the public’s concern, the council requested “no parking” signs be posted on the portion of Yucca Street adjacent to the property. Those signs are included in the final map, as well as four options for emergency access. Two of those options provide access without using Madrone Street should BCMHP not secure ownership of two strips of land that separate the subdivision from its the east boundary.

Those two options are direct access from Nevada Highway over the storm drain and direct access through the old airport property. BCMHP is also required to come back before the council by January 2018 to report on its progress obtaining access to the property. The city has the right to hold half of the occupancy permits if the developer does not. If the two strips of land are acquired by Randy Schams, principal of BCMHP, he is required to dedicate them to the city.

The map included all these requirements, and commissioners approved recommending it to the City Council in a 5-2 vote. Commissioners Walton and Biacsi voted against it.

For the first time, Commissioner Jim Giannosa did not recuse himself from the discussion and the vote. Prior to both, he told fellow commissioners that the City Council said he no longer had to do that because he was previously employed by Schams.