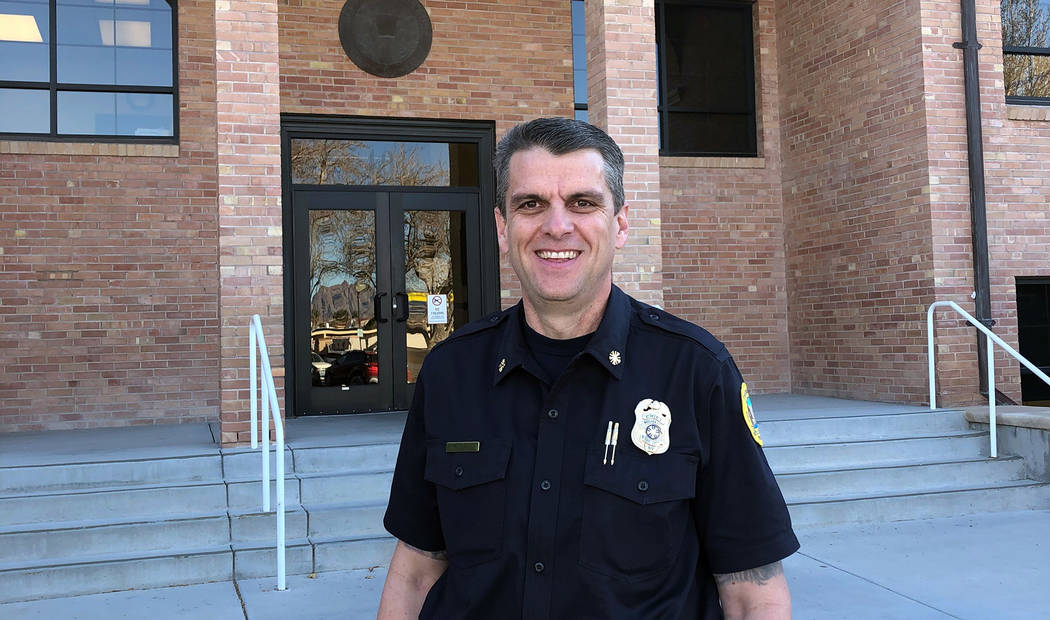 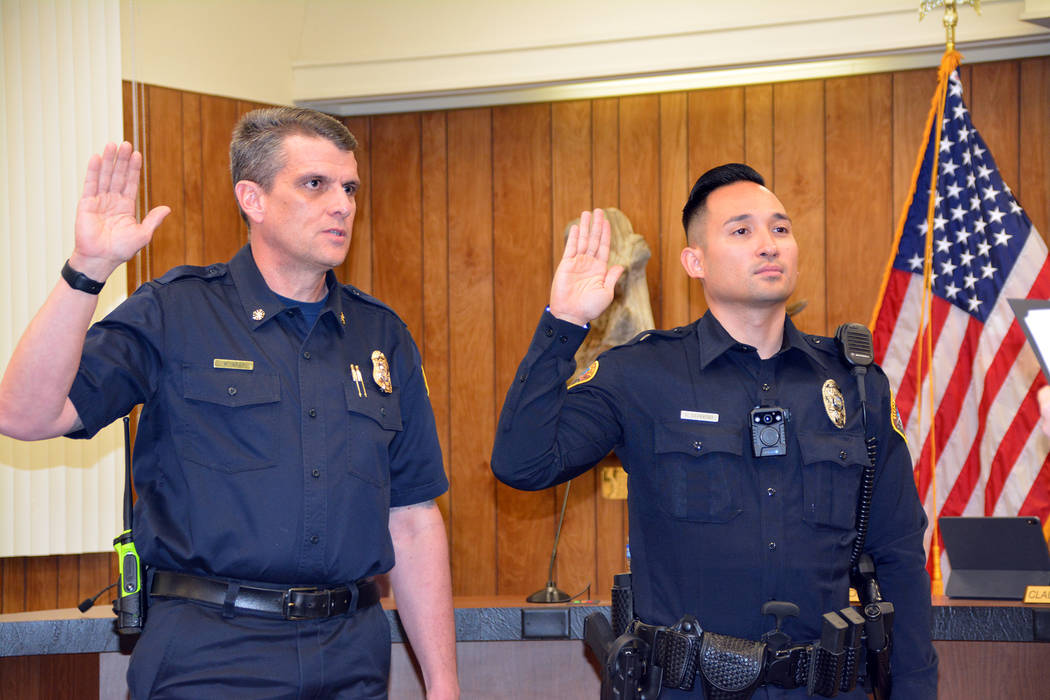 The town’s new fire chief, William Gray, started work Monday and said he is looking forward to bringing different ideas to the department and settling into the community.

“Boulder City has a reputation as a great community to live and work,” he said of why he came to town. “My wife (Karen) and I are excited about the many opportunities to enjoy the outdoors, historical places and excellent restaurants.”

Gray said they were also drawn to the area because of its small-town feel.

In his 25 years in fire service, Gray has worked in a variety of roles. Most recently, he was the assistant fire chief for the Pueblo Fire Department in Colorado. He has also worked as a firefighter, a fire medic, an emergency medical officer, a training officer and an operations captain. He holds a bachelor’s degree in fire administration from Columbia Southern University based in Orange Beach, Alabama.

He said he is currently focused on assessing the Boulder City Fire Department.

“I’m getting to know the staff, review processes, policies and procedures,” he said. “In the coming weeks, I will be working with the department staff to help set a course for moving forward.”

Additionally, he said he is looking forward to bringing new ideas and processes to the department.

“Boulder City Fire Department offers a great environment to train the next generations of medics and firefighters and to begin developing the future fire service leaders for the city,” he said.

As assistant fire chief for Pueblo Fire Department, Gray led and managed 10 fire stations, served as incident commander and special operations chief and was a member of the department’s command staff as well as serving as the dispatch liaison with the Pueblo Police Department Communications Center and leading the diversity recruitment team.

Gray fills a position that was vacated when former chief Kevin Nicholson resigned suddenly in September. He was chosen for the position after a nationwide search for a replacement. Before Gray was hired, Steve Walton served as interim fire chief. Now that he is no longer in that role, he will resume his duties on the Planning Commission where he was recently elected chairman.