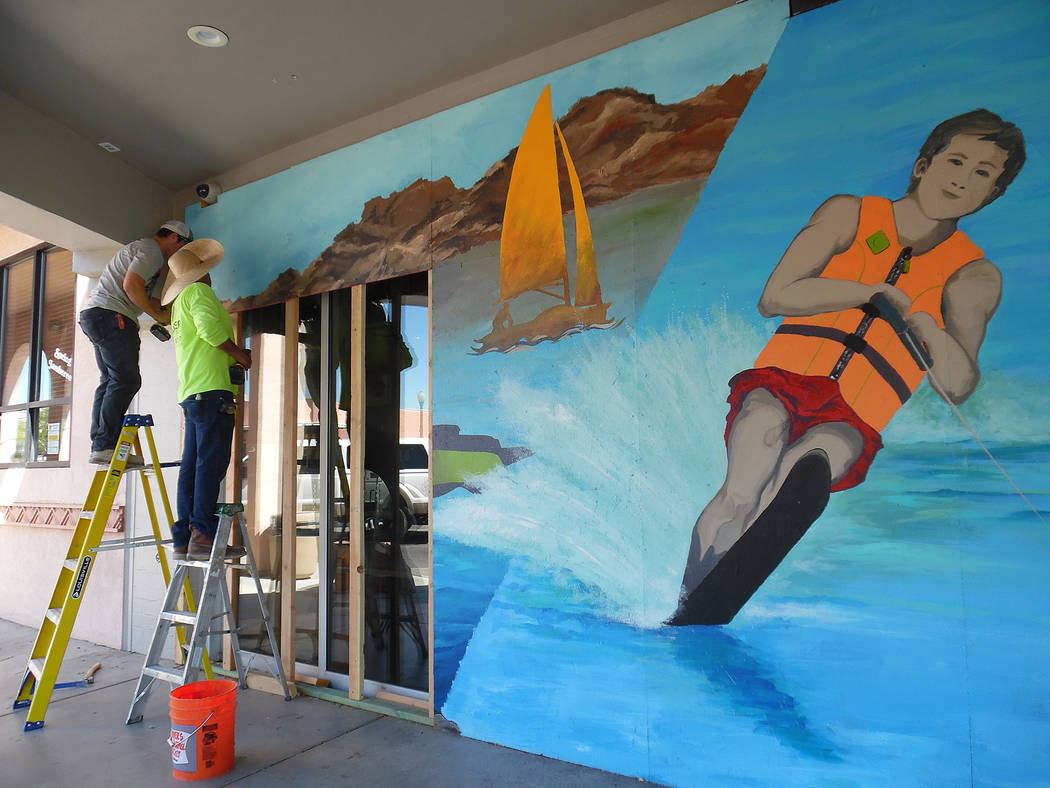 Hali Bernstein Saylor/Boulder City Review Murals are removed from the former Scratch House restaurant on Arizona Street on Monday morning. The artwork, which was returned to the artists or stored for them, was replaced with blank plywood. 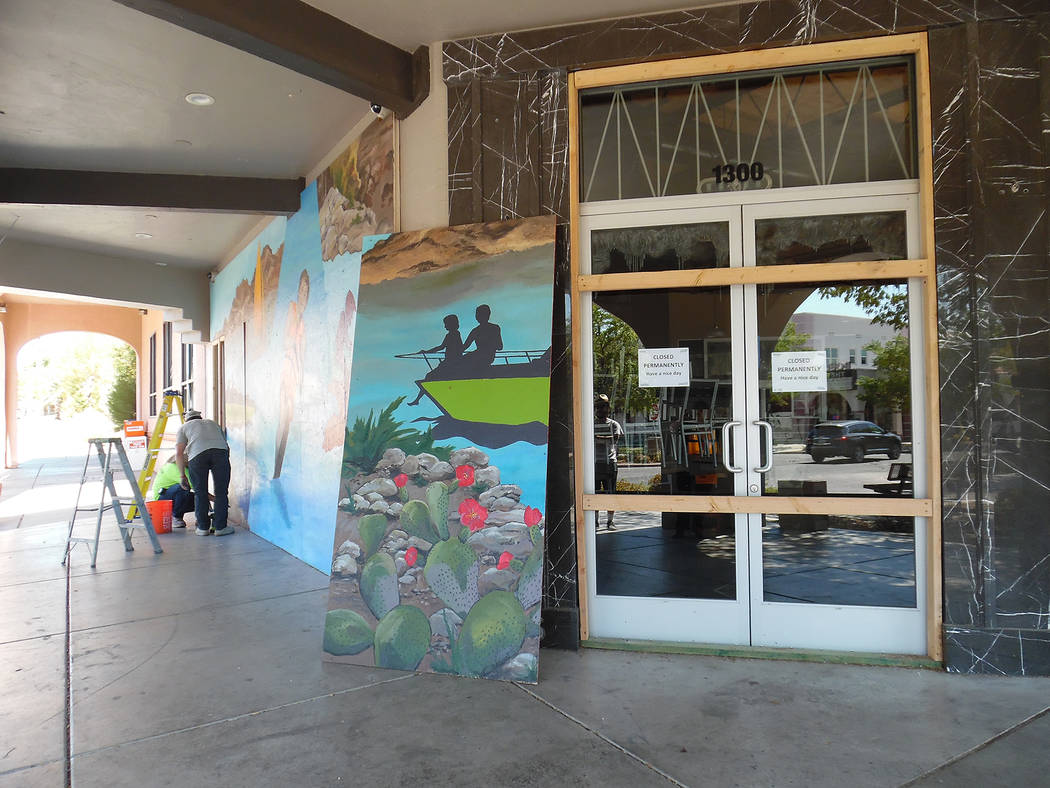 Hali Bernstein Saylor/Boulder City Review Murals are removed from the former Scratch House restaurant on Arizona Street on Monday morning. The artwork, which was returned to the artists or stored for them, was replaced with blank plywood.

The murals depicting life in and around Boulder City and its history that once covered the plywood used to board up the former Scratch House restaurant and Browder building have been removed and replaced with plywood.

The exact reason why the murals were replaced remains unclear, but the building’s owner, Charles Lawson, applied to the city June 5 for a permit to demolish the Browder building on Nevada Way.

Lawson did not respond to a request for a comment about why the murals were removed or why he has abandoned plans to renovate the property and turn it into a taqueria and art gallery.

Pepper Coombes, who met with Lawson to discuss having the murals painted originally, said he was told that the city asked that Lawson “take care of the murals” before a permit to demolish the building would be issued.

Sue Manteris, spokesperson for the city, denied that, saying “We have no knowledge about the city asking the owner to take down murals.”

The artists were given the opportunity to retrieve their murals.

“It’s sad that it escalated to this,” said artist Lee Lanier, who painted murals on both buildings. “I’m glad we were able to get together to save them.”

Lanier was referring to numerous posts on social media criticizing Lawson after controversial political signs supporting the city’s two ballot questions were put on the building.

Though she was sad to see them taken down, she accepted the owner’s decision to have them removed and was grateful for the opportunity to preserve the art and the help from Councilman-elect Kiernan McManus, a member of the city’s Historic Preservation Committee, and her neighbor Glenn Frank to transport the large plywood panels.

McManus was on hand throughout the murals’ removal and helped move them to a secure location.

“I just want to make sure the art is taken care of,” he said.

Burnett-Ferraro and Lanier said they are looking for a place where they may be able to display the murals at a future date.

Until then, those that were not claimed by the artists would be stored in Coombes’ warehouse on Avenue D.

Burnett-Ferraro said she would take care of the murals created by area children and hoped that any of the young artists who would like their works back call her at 702-293-3114.

The original plywood was put on the buildings when Lawson abruptly closed them in early December 2015.

When the idea of the murals was presented to Lawson in March 2016, he said at the time, “While there are no immediate plans for the buildings, I am very happy to cooperate with the local high school group and look forward to seeing the results of their artistic endeavors.”

After purchasing the building, Lawson’s original plan was to demolish it and build another structure in its place. In September 2015, however, after community protests when the old hospital was demolished, Lawson changed course and started to refurbish the property and transform it into a taco shop and art gallery.

He was recognized for his preservation efforts by the Historic Boulder City Foundation.

The building at 552 Nevada Way was constructed in 1931 and is the city’s oldest commercial building, according to a 2012 report on the historic district presented to the city by the Boulder City Historic Preservation Committee.

It was expanded south to the corner of Ash Street and Nevada Way by 1940 to include 554 and 558 Nevada Way, which are also scheduled to be demolished.

Because the property is in the historic district and is more than 50 years old, the city requires the owner to create a historical record including history, floor plans and elevations, then review the condition of the building to determine the impact of demolition on the neighborhood and technical feasibility of preserving the structure.

The proposal also must be submitted to the city’s Historic Preservation Committee so it can make recommendations regarding the application.

Additionally, the community development department must make the property owner aware of economic incentives to rehabilitate historic structures as well as encourage the owner not to demolish the building until it can attempt to find suitable tenants to make the building economically viable or a purchaser who is willing to rehabilitate the structure.

The city can delay the permit for as many as 45 days for the requirements to be completed, according to a document released by the city.