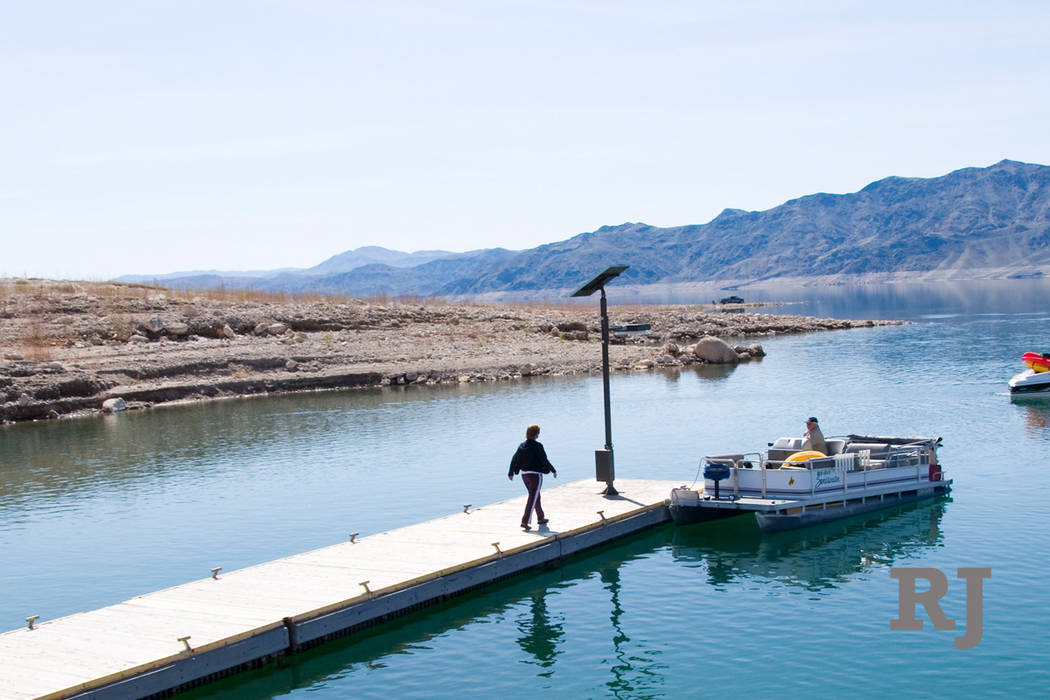 The dock at South Cove boat launch ramp, near the eastern end of Lake Mead National Recreation Area, as it looked in September 2007, when the lake level was about 30 feet higher than it is now. (National Park Service) 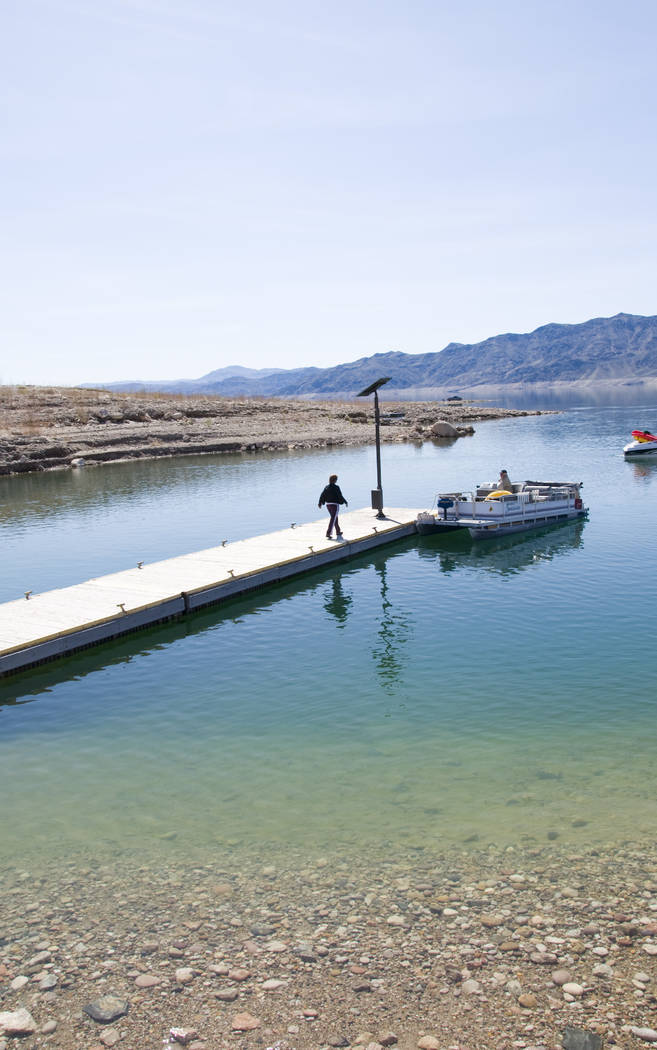 The dock at South Cove boat launch ramp, near the eastern end of Lake Mead National Recreation Area, as it looked in September 2007, when the lake level was about 30 feet higher than it is now. National Park Service

The National Park Service accidentally left a key detail out of its new low-water plan for Lake Mead, much to the dismay of residents of the small, lake-crazy community of Meadview, Arizona.

The plan released late last month indicated that the South Cove boat ramp, Meadview’s only nearby launch point, could be forced to close by 2020 should the lake drop another 10 feet.

What the document failed to mention is the park service’s intention to build a new ramp at South Cove, 125 miles southeast of Las Vegas, once the old ramp no longer reaches the water.

As a result of the mistake, angry Meadview residents packed a public meeting on the low-water plan in Kingman, Arizona, on Dec. 10. Vanover said the meeting room could hold only about 50 people, but a crowd of about 125 showed up, nearly all of them from Meadview or nearby Dolan Springs.

“There was kind of a minor revolt at the meeting,” said Pam Steffen, a retired schoolteacher from Southern California who has lived in Meadview full time for nine years. “Everybody was talking at once and pouncing on the park service people who were there.”

Roughly 800 people have signed petitions in support of keeping South Cove open. Meadview is home to about 1,000 full-time residents, and Steffen said most of them moved there because of its proximity to the eastern end of Lake Mead.

Without the ramp at South Cove, locals and visitors would have to tow their boats to Temple Bar, Arizona, about 90 miles away. Steffen said losing out on that seasonal summer tourist traffic also might kill the few businesses Meadview has, reducing the place to a ghost town.

“For us, it’s all about reasonable access,” Steffen said.

Vanover insists it was all a misunderstanding.

The park service has had plans in place since 2005 to build an alternate launch ramp — should the need arise — along a peninsula people now use mostly for fishing at South Cove. Money has already been budgeted for the project, which Vanover said could cost more than $500,000.

“We’ll start doing the engineering and design in 2019 and probably start construction in 2020, if not sooner,” she said.

Those crucial details will be added to the new low-water plan in the form of an amendment.

“This is why we hold public meetings,” she added.

The new low-water plan was drafted to address infrastructure and access issues should the surface of Lake Mead drop to a once-unthinkable level of 950 feet above sea level, about 130 feet lower than it is now.

Officials hope they never have to implement the plan, which could require $25 million in park service money and an additional $8 million from private concession holders to keep three marinas and at least five boat ramps operating on the nation’s largest man-made lake.

The park’s current plans extend down to a surface elevation of 1,050 feet above sea level, roughly 29 feet lower than the reservoir is now.