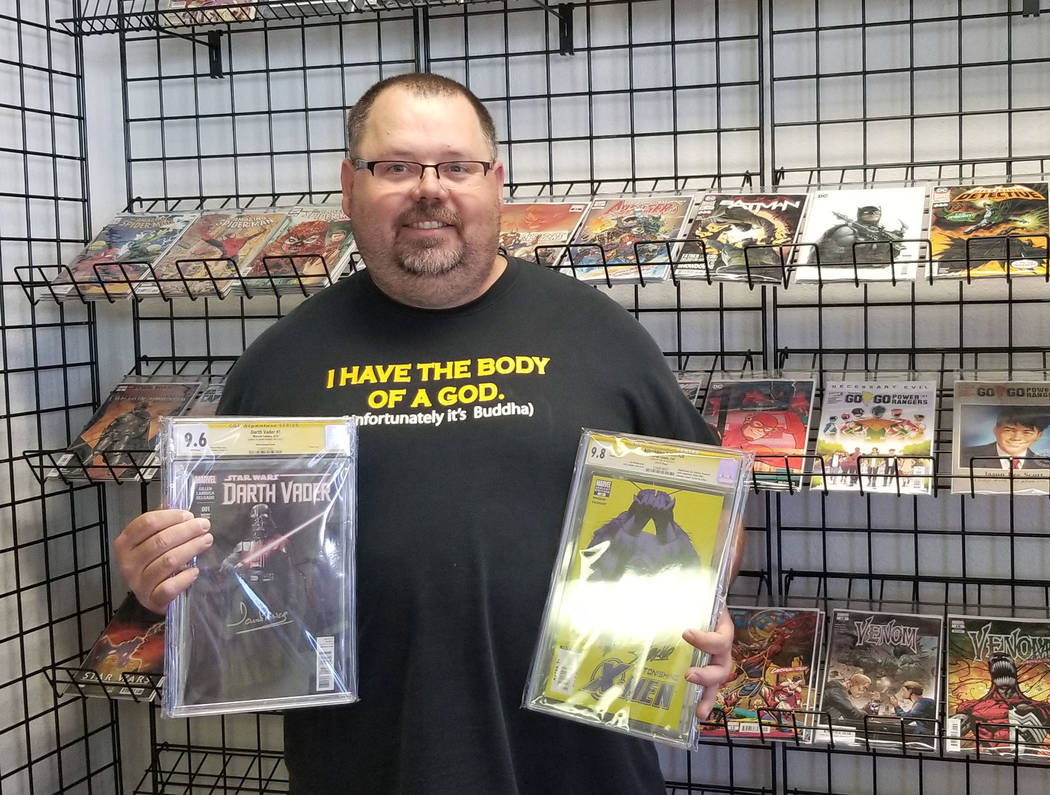 (The Spa Life) Dawn Hooper is opening The Spa Life at 402 Nevada Way on Aug. 1. The spa offers a variety of therapeutic and aesthetic services. 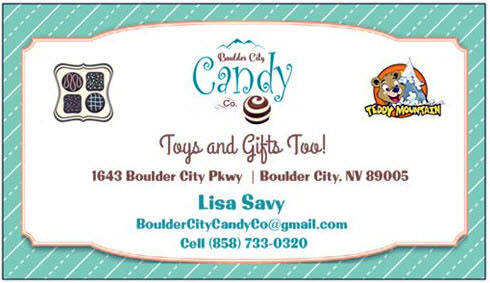 One of Boulder City’s newest businesses brings a unique focus to town.

Collins has been collecting comics his entire life and is also into cards and games like Dungeons and Dragons, Pokemon and Magic, thanks to the influence of his four sons: Robert, Cameron, Michael III and Kalob.

Collins turned this love into a business and started going to conventions to sell comics, toys, games, cards and anything else in the industry.

For the past two years, he’s been looking for retail space so he could open a store and sell his items year-round.

“There’s always that lull in between conventions,” he said.

He and his family live in Las Vegas and said retail space there was expensive and hard to find, so when this spot in Boulder City was available, he went for it. The shop sells vintage and new comic books as well as Funko Pop figures, posters, toys and autographed memorabilia.

Additionally, Collins plans to offer pull boxes for new comics and sell Pokemon cards, Magic cards and vintage cartridge video games. He said he plans to hold gaming tournaments and family board games nights. Anyone can also come in any day and play games.

“We’re trying to have a fun, safe environment for like-minded people to come play,” he said. “We want it to be a safe place. … We want the gaming community here to not have to trek to Las Vegas or Henderson.”

Collins’ wife, Angee Collins, is also involved in the store and makes sure there items there for girls like jewelry and backpacks.

A variety of treatments designed to promote health and healing will be offered at The Spa Life, 402 Nevada Way.

Dawn Hooper, formerly of Massage by Dawn, is opening the new business and expanding her services. She is being joined by Lori McCoy, a licensed massage therapist in Nevada since 2008, and Jeannie Badgely, a licensed esthetician since 2005.

“It’s exciting to be able to offer a variety of healing modalities to our clients under the same roof,” Hooper said.

McCoy specializes in therapeutic massage for those recovering from surgery as well as sports massage. She is certified as a “Food Over Medicine The Conversation that Could Save Your Life” instructor, teaching the benefits of eating a healthy diet based on the book by Glen Merzer and Pamela A. Popper.

Badgely, owner and operator of Healing Hands Esthetics — By Jeannie, designs custom treatments to help with skin conditions such as aging, hormonal acne, sensitivity and rosacea.

The spa also has installed a FAR infrared sauna that can accommodate as many as four people at one time and Steamy Wonder Spa.

A grand opening celebration is planned for 5 p.m. Thursday, Aug. 1.

Treatments are available by appointment only

The retail shop will be open from 10 a.m. to 4 p.m. Friday through Sunday.

“I’m very grateful to have this opportunity to grow,” said Hooper, noting she was prompted to expand after having to turn away clients on a regular basis.

Soon people in Boulder City will have another place to get their sugar fix as Boulder City Candy Co. is coming to town.

Owner Lisa Savy said the store is in the works and she is planning to sell packaged candy as well as ChocolateWorks gourmet chocolate, fudge from Las Vegas’ Julie’s gourmet fudge and gourmet popcorn.

“I’m basically looking for unique curators of treats,” she said.

In addition to treats, Savy said she plans to carry a full inventory of Teddy Mountain stuffed animal forms and clothes so customers can build their own bears and train sets to tie into the nearby train museum.

“We will carry Lionel train sets, affordable starter sets, which we hope will appeal to tourists who visit the train attraction (Nevada State Railroad Museum) on Yucca Street,” she added. “Also (we will carry) a large inventory of Melissa & Doug educational, including wooden train sets, and some other gift/craft items.”

Savy said she hopes to open the business soon and is in the process of completing the necessary inspections.

Boulder City Candy Co. will be at 1643 Boulder City Parkway next to Roberto’s Taco Shop and behind Mom’s Hot Dogs.