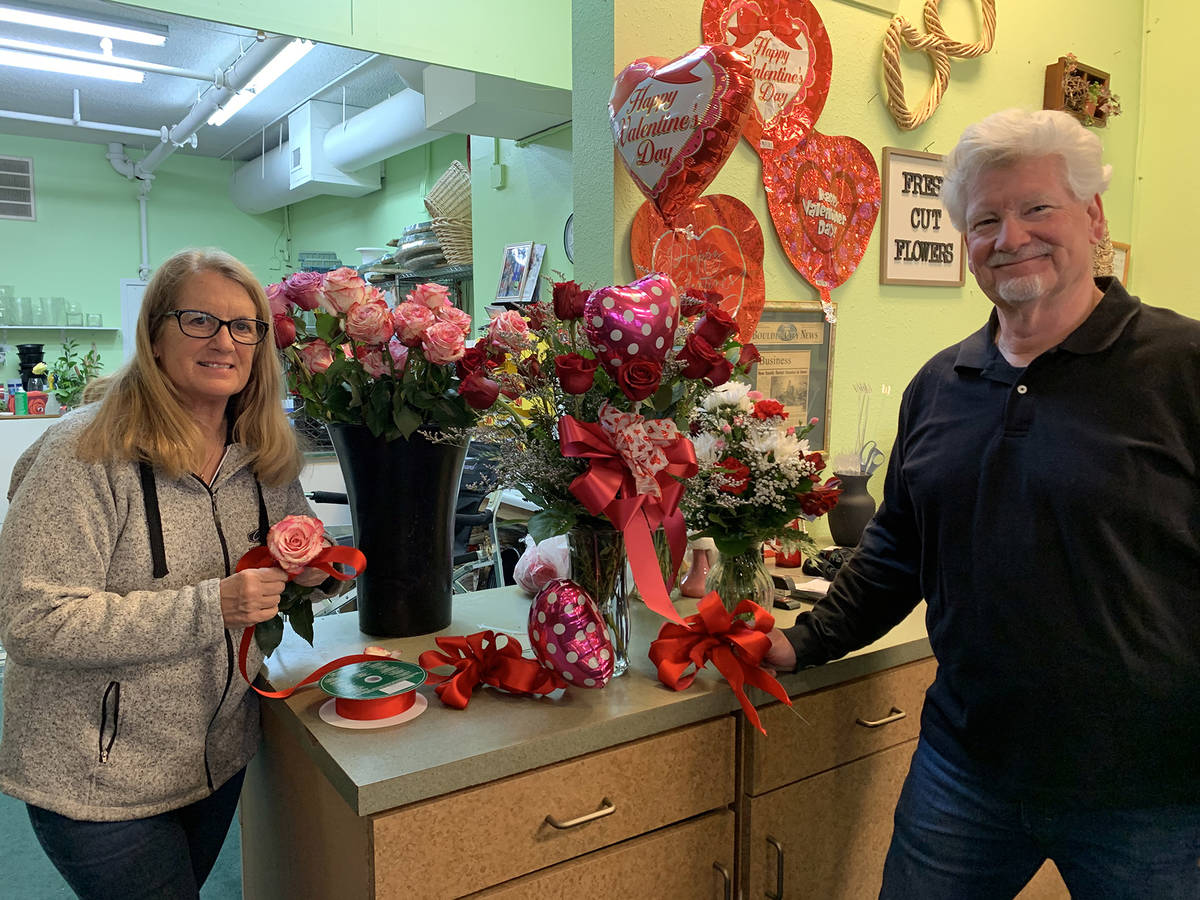 (Hali Bernstein Saylor/Boulder City Review) Kris and Dan Thompson, owners of Boulder City Florist, pause for a moment Tuesday to reflect on their love for each other and how their business keeps them too busy to celebrate Valentine’s Day on Feb. 14. 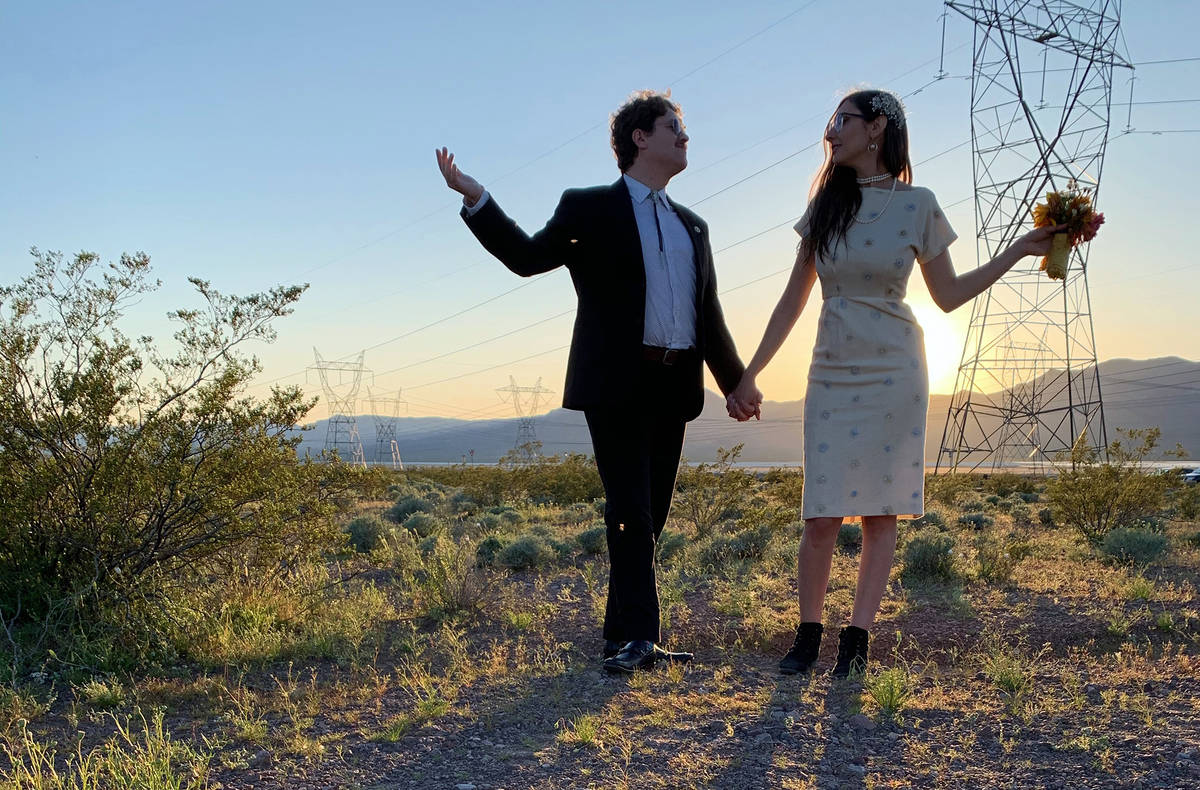 Vivian Martin James Howard Adams and Tsvetelina Stefanova were married March 27 in an intimate outdoor ceremony in the Eldorado Valley. They had to cancel their original plan for a big production because of the COVID-19 pandemic.

Some local couples, however, choose to do their celebration at other times throughout the year.

“I celebrate the love of my life every day but Valentine’s Day,” said Dan Thompson, who owns Boulder City Florist with his wife, Kris Thompson, a master floral designer.

Dan Thompson said he learned at the beginning of their relationship how busy it would be after he was roped into help. He said one day after they first started dating, Kris Thompson asked him to come by her mom’s flower shop in Las Vegas.

“I didn’t realize it was Valentine’s Day,” he said. “When I got there, she handed me a list and a clipboard and told me to get to work. … We were only dating maybe a month.”

Now the Thompsons have been married for 30 years and still spend Valentine’s Day working together. Their day starts with breakfast at the World Famous Coffee Cup Cafe first thing in the morning.

In addition to 10 hours a day of work the week prior, they spend 12 to 14 hours working on Valentine’s Day before closing up shop and heading home.

“Once we close the doors, we just want to go home, eat and take a shower. … It takes at least a week to recuperate,” she said. “Then we will go out to a special dinner maybe two weeks after.”

To celebrate their love for each other, they said they also go out on the lake whenever possible and just enjoy being together.

This Valentine’s Day is the first as husband and wife for longtime couple James Howard Adams and Tsvetelina Stefanova, but their celebration will take a back burner to the 17th annual Dam Short Film Festival.

“It’s the film festival,” said Stefanova, who is the executive director. “We don’t even know what Valentine’s Day is.”

He said this year since the event is virtual, they will most likely spend the day watching some films and sitting on the couch together.

Adams and Stefanova also said they have enjoyed celebrating their new married life together throughout the past year even though it didn’t start how they expected.

Stefanova said they had planned a big production at the historic Boulder Theater for their March 27 wedding. They were expecting hundreds of people to come.

“We always try to do interactive shows … . This was going to be the mother of them all,” she said.

Unfortunately, it “became one of those things that probably wouldn’t work,” and they had to cancel the ceremony because of the COVID-19 pandemic, Adams said. But they didn’t let it stop them tying the knot.

“It was our 15-year anniversary,” said Adams. “We decided … we weren’t going to let it stop us from getting married.”

So they planned a small outdoor ceremony in the Eldorado Valley.

Stefanova said she couldn’t wear the dress she had bought and had altered because it was still at the shop and the shop was closed because of COVID. Adams couldn’t wear what he had bought for the ceremony and had to choose something different. They picked the flowers for Stefanova’s bouquet from their yard.

The only people who were able to attend were their parents, Adams’ sister and two of their friends.

“It was so intimate,” said Stefanova. “It shifted from this huge thing to being with the people who are most special to us.”

“It was very intimate. … I’m so glad we went ahead and did it,” added Adams. “If we had waited for the pandemic to be over, we still wouldn’t be married.”