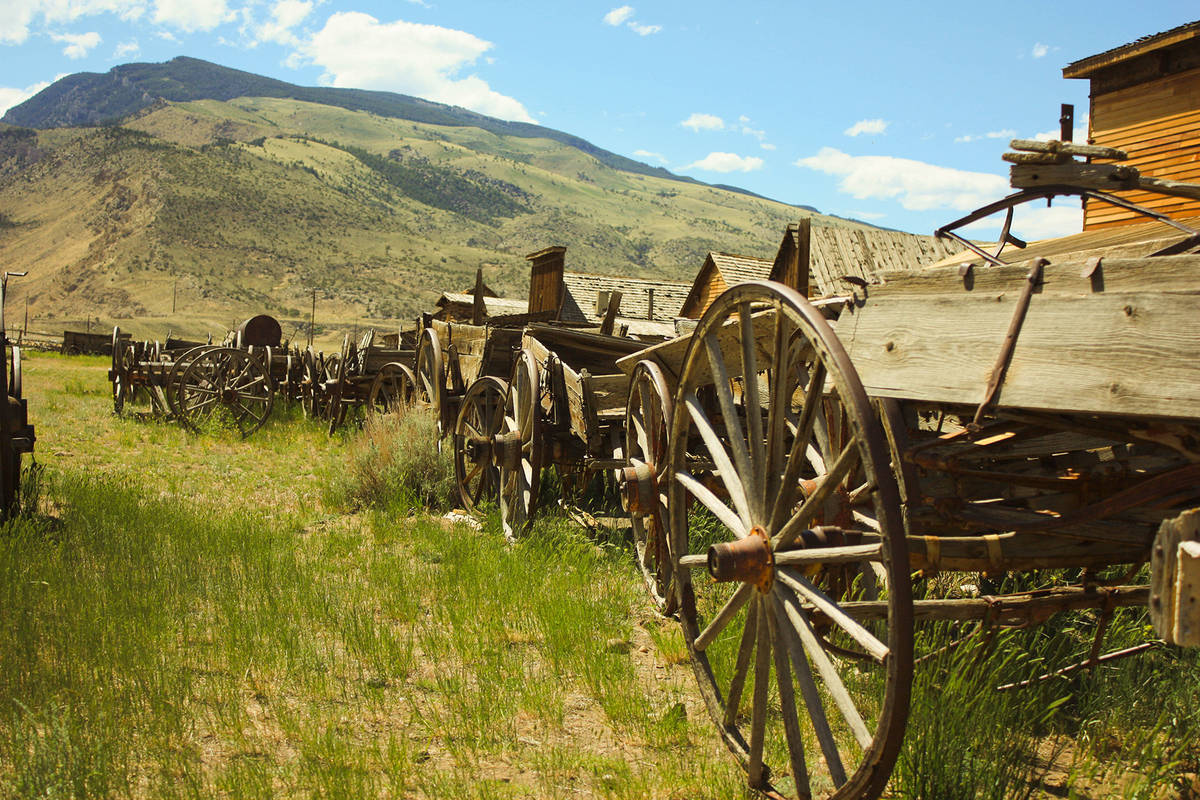 (Getty Images) Tenderfoot Station, near the middle of the Forty Mile Desert, became a stop for those heading to California to search for gold. There, an emigrant amassed a collection of oxen and wagons after trading for trail-ready stock.

During the summer of 1849,, as groups of gold seekers, some large, some small, were heading to the California gold fields near Sutter’s Fort, it brought a lot of people into contact with the Humboldt River in what later became Nevada. Dry, dusty conditions existed all along the way. Those who came early had some knowledge, albeit not enough, of the section that emptied into where Lovelock is today, and continued into the area between Fernley and Fallon. It is but one of many stories to be found when you go in search of Nevada’s Yesteryear.

A metal plaque, Nevada Historical Marker 26, notes this region was a “barren stretch of waterless alkali wasteland. It was the most dreaded section of the California Emigrant Trail. If possible, it was traveled at night because of the great heat.”

First traveled by the Walker-Chiles party in 1843, it nevertheless became the accepted route for countless numbers who would follow. Historians note, “Here, starvation for men and animals stalked every mile.” Some pioneer diaries reveal it took ox-drawn covered wagons “about two days and two nights” to cross the Forty Mile Desert.

The trail was littered with the carcasses of dead animals rotting in the sun, making the desert air very foul smelling.

But a series of thermal hot springs existed about half-way along the way, where thirst-crazed and sore-footed animals were known to plunge headlong into the springs, not knowing it was boiling water, and getting scalded to death. Emigrant families later learned to use these hot springs to the own advantage, but that is another story in itself.

In 1850, an emigrant by the name of “Pop” Haver came to one of the hot springs. His oxen team barely made it and he decided to rest a spell, let the animals recover and regain their strength for the next leg of the journey to California, up and over the mountains.

But as is told, just as Haver himself was getting ready to move out, a party of gold seekers arrived in a big rush to push on, and get over the Sierras “before all the mines were exhausted.” So eager were they to get going, they offered to swap Haver their 70 head of sore-footed oxen, five wagons and their spare goods for the 22 head of trail-ready stock he had. Maybe this was an offer he couldn’t refuse, so he agreed and then, for himself, planned to spend the winter right where he was.

Haver made four such transactions during that winter and by the spring of 1851 he had amassed over 200 head of stock, 20 wagons and more property than he could haul or know what to do with. It is likely he was able to buy feed for the animals at Truckee and haul it back to his place.

The camp became a fixture along the Humboldt Trail and soon earned the name Tenderfoot Station. Here, under Haver’s care, tenderfooted animals were traded for fresh oxen to make the final trip over the Sierras to California.

Historians say that as new caravans approached the hot springs the question was often asked by those waiting for them, “I wonder how many tender feet in that outfit?” The word was first applied to trail-weary oxen and then to the inexperienced travelers in the frontier West.

Webster’s New Collegiate Dictionary notes that the word tenderfoot is of American origin from the mid-1800s. Undoubtedly, it sprang out of the once heavily-traveled alkali flats along present day U.S. Highway 95 and Interstate 80.

(Adapted from a story by Harold’s Club, 1948, and Jim French of Winnemucca.)