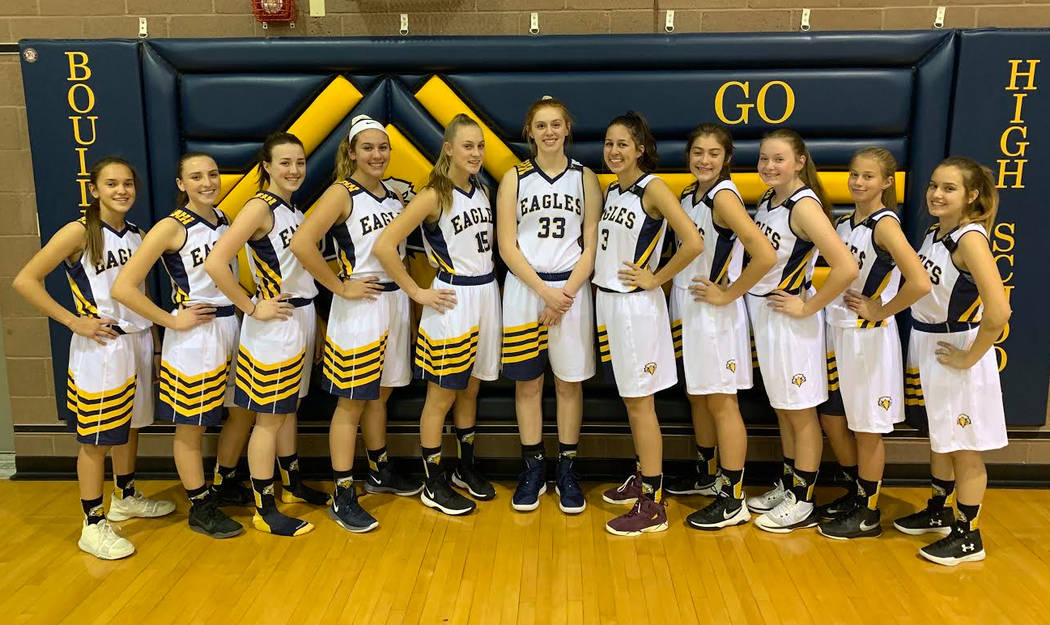 After learning that her granddaughter’s basketball team at Boulder City High School was planning to hold bake sales to raise money for new uniforms, LaVonne Estes of Boulder City reached out to fellow alumni to see if they could help.

The response was an overwhelming yes and they raised $2,200 in 10 days.

“She came in one day and said they were going to do a bake sale (to raise money for new uniforms). … I wondered if there were others like me who want to give back to Boulder City High School,” she said.

LaVonne Estes, a member of the BCHS 50 Year Alumni Group, reached out to Jim Widner, who administers the group’s webpage, to see if he could help her granddaughter, Hannah, as well as her son, Kirk Estes, who coaches the team.

“LaVonne Estes and I were in the same class at Boulder City High School. … It just seemed like a nice project,” Widner said.

Widner said the group agreed to help, and Sandy Hamdorf Christiansen facilitated an $800 donation while he reached out to the website’s individual members.

Within 10 days they had raised the money and Kirk Estes could order the uniforms.

“The girls were so excited … We just can’t thank them enough,” he said. “That was so over the top and unexpected.”

Kirk Estes said the current varsity uniforms were five to six years old and it was time for new ones because the white had turned gray, the numbers were cracking and they were a little threadbare. Additionally, the older uniforms are rotated through the junior varsity and freshman teams.

“The worst one was our JV uniforms,” he said. “They were absolutely terrible.”

The new uniforms also pay tribute to their late coach, Paul Dosch, who died in July from lung cancer, with a black band on the shoulder.

Widner said 25 people from different cities and states donated to the cause.

“The response was just great,” he said.

“This is one of the reasons why we love our small town,” said BCHS Principal Amy Wagner. “When members of our community see a need, they jump to action. We are super grateful for our alumni and all of the things they do for BCHS.”

LaVonne Estes attends many of the basketball games and said when she sees the girls in their new uniforms she has a feeling of satisfaction because alumni did it.

“They don’t know Kirk or Hannah … but they love Boulder City,” she said.

The 50 year alumni group website is http://www.bouldercity60.com/. Its purpose is to provide an a easy and informative way to post reunion notices, items of interest about Boulder City and to keep in touch with each other.

The alumni members live all over the country.