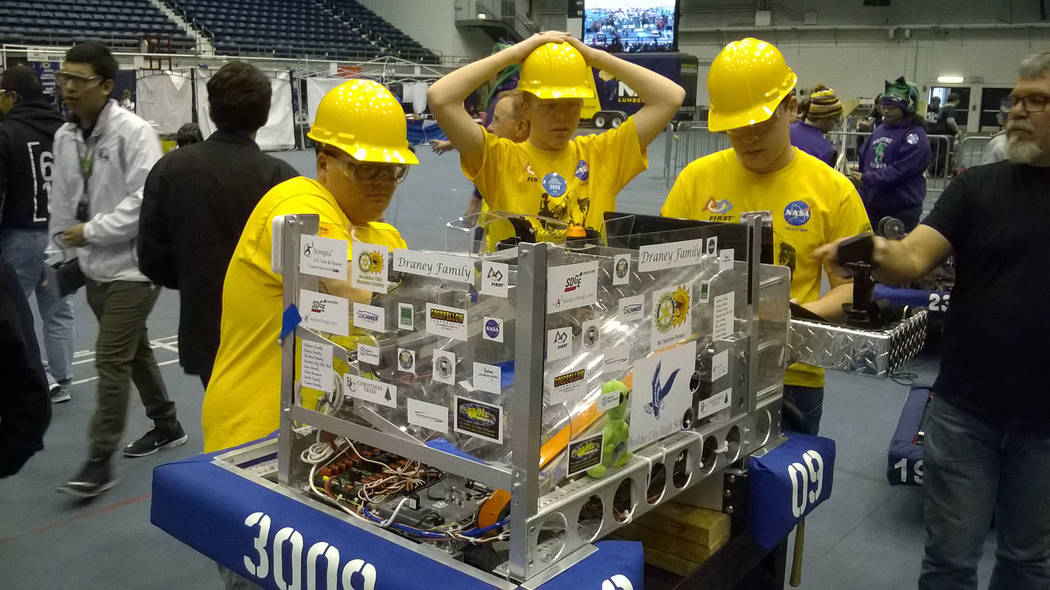 John Richner High Scalers members, from left, Cooper Cummings, Dustin Landerman and Wyatt Harling prepare the team's robot for another round of competition at a recent event. 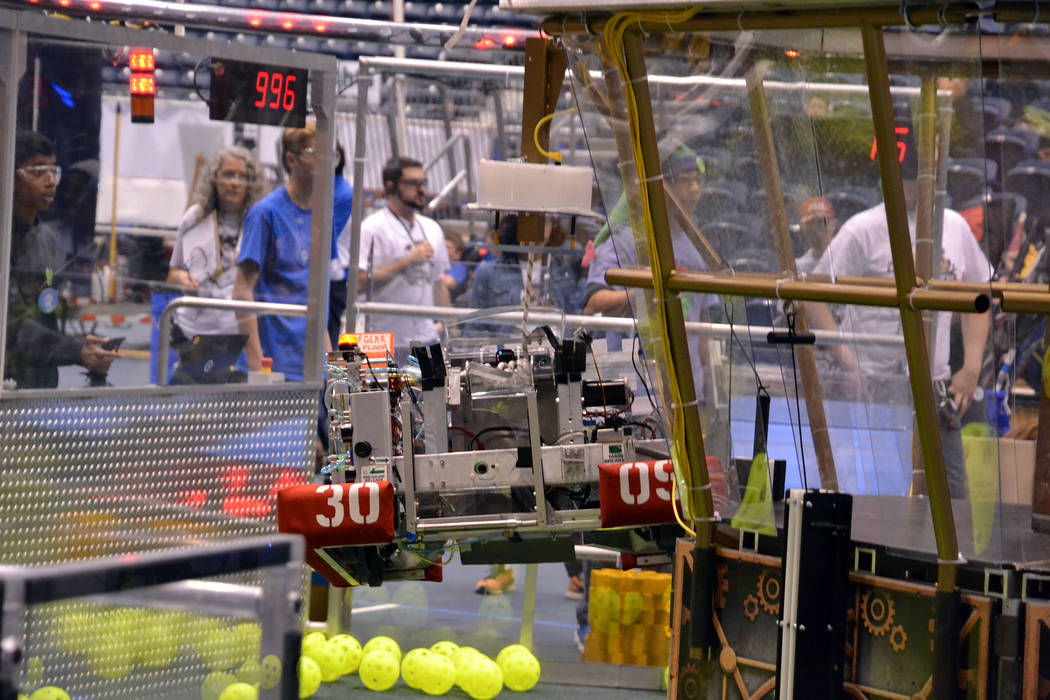 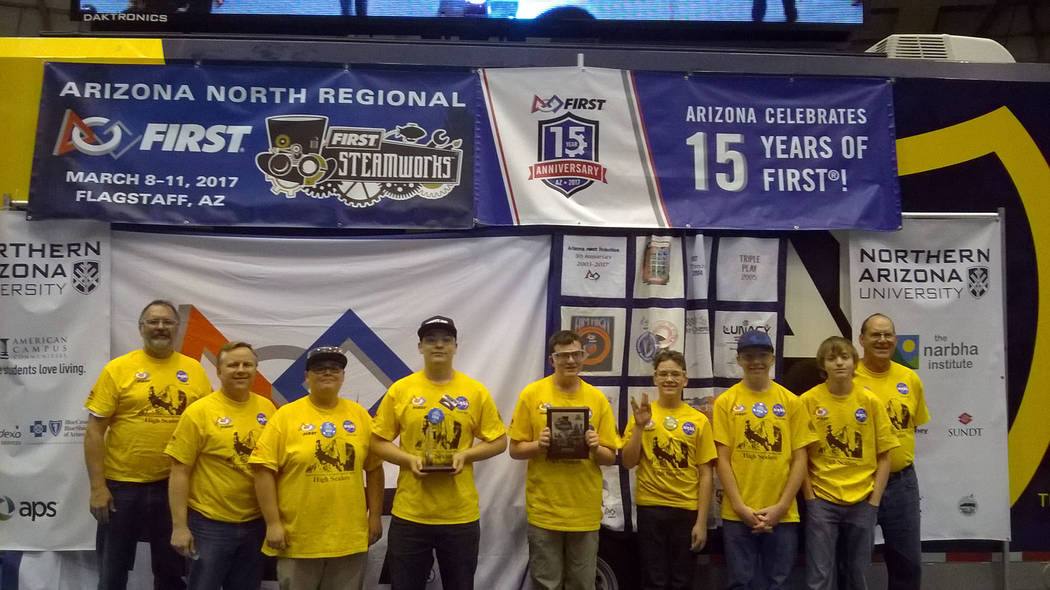 Boulder City High School’s robotics team, the High Scalers, is competing this week against schools from all over the world at a FIRST Robotics Competition in Las Vegas.

This year’s competition is called Steamworks and highlights the era of technology that relied on steam power.

“Our robot is to perform tasks that fuel the alliance’s mock airship for a race; while not using steam, it will use the usual electrical and pneumatics power to accomplish the fueling,” said team mentor John Richner. “These tasks include collecting and delivering gears to the airship to populate the gear trains to start rotors, scoring fuel elements in the boilers (5-inch whiffle balls), and at the end of the match, the robot climbs a rope on the airship to prepare for flight.

Our team will also face the usual defense by the opposing three-team alliance.”

Engler said he joined the team to expand his knowledge of engineering, one of the program’s goals.

“I am in robotics for the experience and to learn more about engineering,” he said.

According to Richner, the robotics team augments the traditional high school curriculum, offering lessons in science, technology, engineering and mathematics, or STEM.

“Students must work to develop solutions to accomplish the game challenges,” Richner said. “What on the surface might seem to be a simple task often becomes the most challenging to accomplish.”

As a team, they design and build a robot for the competition, a task that appealed to Cummings.

“I am in it to further my learning about how to design,” he said.

Richner said not only do the students learn to work together to accomplish a task, but they also have to learn how to come up with solutions as problems arise.

“The students must test and make refinements to get to a dependable working component for the robot for competition. Most often these refinements continue to happen during the competition where a mechanism might fail due to use or become damaged from interaction with other robots,” he said.

“This process requires students to think outside the box to solve one or more of the game challenges,” he added. “It allows them to work with electrical and mechanical hardware, and control systems, using components currently found in modern state-of-the-art products. Students gain real-world exposure to the process involved in the design and fabrication of complex systems.”

The regional contest is the first level of the FRC competition; winners qualify for the championships in Houston, Texas. College scholarships are also awarded.

“The team decides which regional events to attend; we have been fortunate enough in the past to be able to afford to go to both our local Las Vegas Regional and another nearby regional,” Richner said. “The number of regionals you attend is based on how many your team can afford to attend.”

High Scalers is funded through community donations and fundraising activities.

Admission to this weekend’s competition is free, and attendees will be able to come down into the competition pits, meet with the students between matches and get a first-hand look at what they are doing.

In addition to Richner, Vernon Harkins and Harold Begley are team mentors. Garth Schultz is the BCHS adviser to the team.