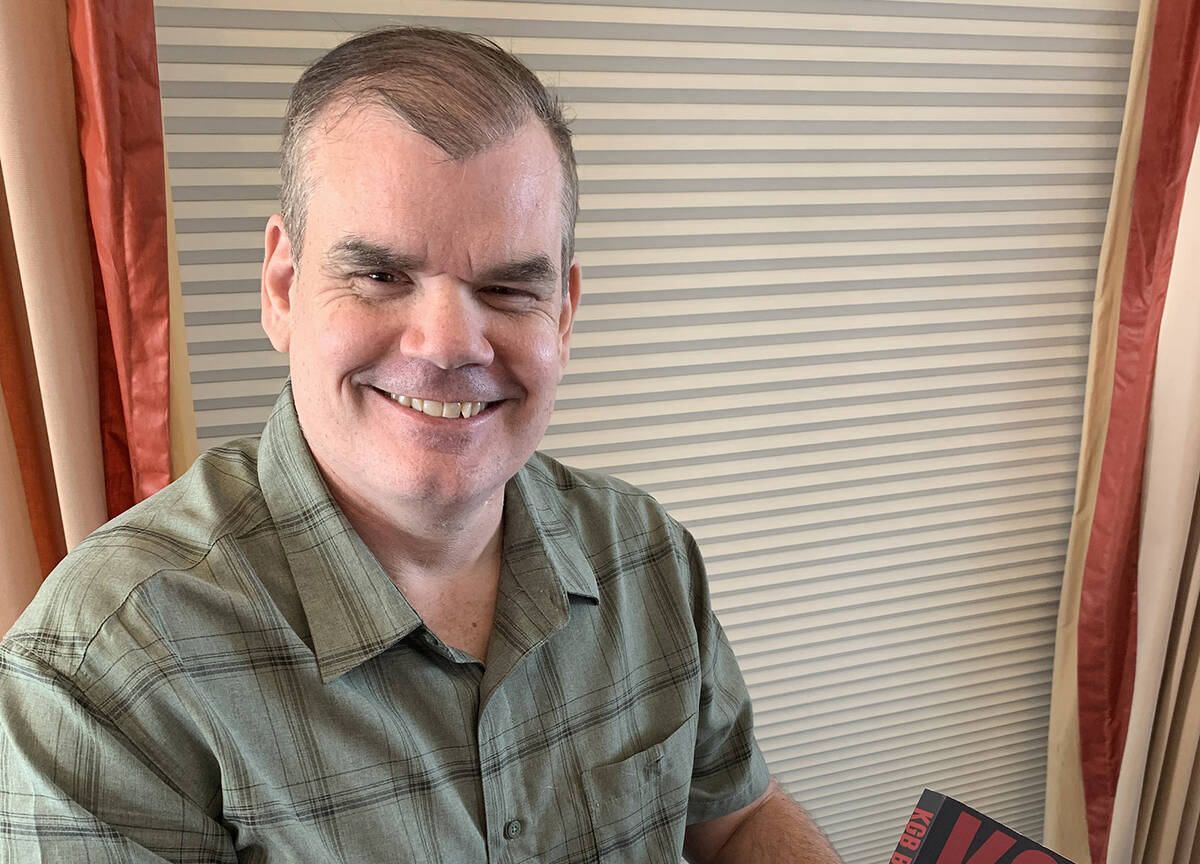 A financial executive from Chicago takes a job in Riga, Latvia, hoping to learn more about his heritage while fighting economic fraud only to find himself pulled into a world of political intrigue, blackmail and murder.

The story could be ripped from today’s headlines, but it’s the plot of Willliam Burton McCormick’s novel, “KGB Banker,” which was released in September.

The book is one of two published late last year. In November, his novel, “A Stranger from the Storm” was released. Set in 1900, it tells the story of two sisters in Odessa who run a boarding house and suspect that one of their former lodgers could be a serial killer terrorizing the city.

For the 1988 graduate of Boulder City High School, writing novels is a dream occupation.

“I always wanted to be an author,” he said. “I was a storyteller as a kid and in about the 2000s I got serious about it.”

McCormick has a master’s in novel writing from the University of Manchester, but says his formal education is only partly to credit for his success as a writer. McCormick is also an avid reader and film watcher.

“Alfred Hitchcock is like my mentor. I absorbed all of his movies,” he said, adding he has seen “North by Northwest” about 30 times.

As with most of his work, Burton uses his love of history, crime and thrillers to help set the scene. He also draws upon the time he spent in Eastern Europe – Ukraine, Latvia, Estonia – to paint vivid images of the places he writes about.

He also spent a year in Moscow learning Russian and Russian history.

He gathers inspiration for his work from his research, visiting museums and those he meets on his travels.

For example, “KGB Banker” was co-authored by John Christmas, a former banker who became a whistleblower against his employer that was later covered up by the European Bank for Reconstruction and Development.

“It’s fictionalized based on real-life incidents,” he said.

The success of his first book, “Lenin’s Harem,” a politically charged tale set in Europe during the Russian Revolution in the early 20th century, led McCormick to writing other tomes as well as short stories, for which he is better known.

McCormick is a five-time nominee for the Derringer award, which is presented by the Short Mystery Fiction Society for excellence in short mystery fiction. He also is a member of the Mystery Writers of America.

Like the time periods featured in much of his work, McCormick feels a connection to the past and doing things the old-fashioned way. He writes on paper instead of a computer to help keep him focused.

“I cannot write at home,” he said. “There’s too much temptation from the internet, TV or bed.”

McCormick said he often writes at the library, but prefers to go to a cafe where he can get coffee.

“Caffeine powers me,” he said with a sly grin.

Because he has heard so many stories and done a great deal of research, McCormick says he doesn’t often get writer’s block. He starts with dialogue and then fills in the rest of the piece with details.

He has recently finished a book set in and around his hometown of Boulder City. He said he is looking for the best publisher and hopes it will be out by the end of the year or early next year.

He also has an idea for a story the he developed from a sentence in a history book. It is set in ancient Rome and revolves around the Roman emperor Nero, who visited a tavern dressed as a commoner. McCormick said how could history have been changed if “a guy in the tavern recognized Nero?”