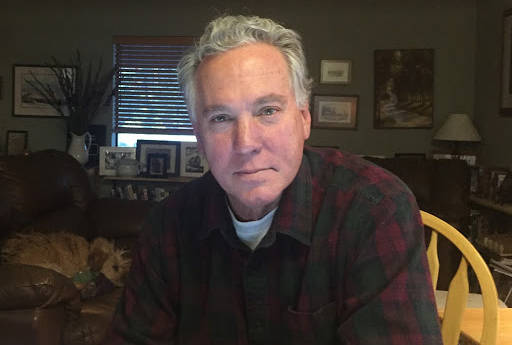 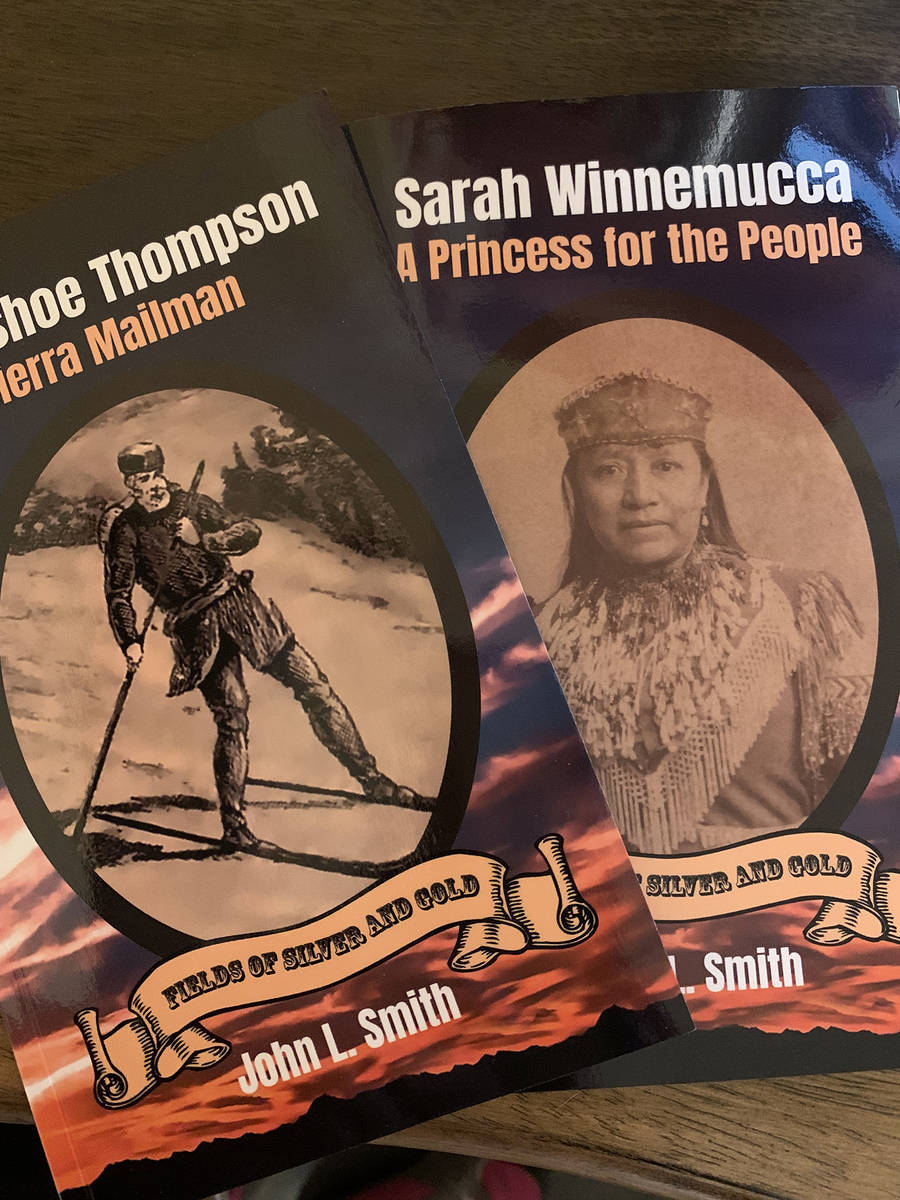 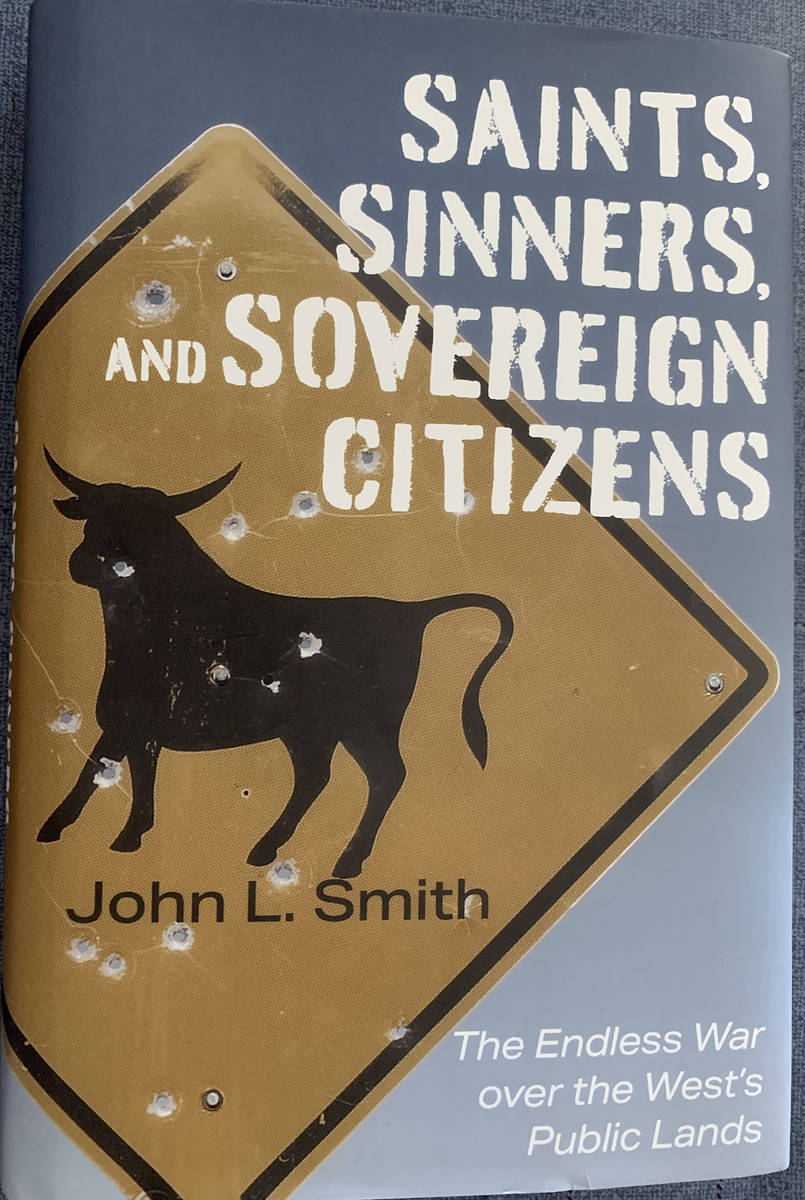 (Hali Bernstein Saylor/Boulder City Review) “Saints, Sinners and Sovereign Citizens: The Endless War over the West’s Public Lands” by Boulder City resident and author John L. Smith brings attention to the 2014 standoff with rancher Cliven Bundy and how it played into how the federal government manages land in the state.

When it comes to telling stories about Nevada, its past, present and unique residents, native son John L. Smith is the man for the job.

An award-winning writer, Smith has authored several books about life in the Silver State. Among his recent offerings are those in his “Fields of Silver and Gold” series, which focuses on characters from Nevada’s past and are intended to help fill some gaps in history books as well as raise some awareness of the colorful and interesting people in the state.

He said the books allow him to provide more than just a paragraph or two, which is usually all that is written about many of these people. Though they are geared specifically for fourth through seventh graders, readers of all ages should find them interesting.

The subjects of his books come from all walks of life and ethnicities. Some of their stories are more well-known than others.

Among those he has written about are Sarah Winnemucca, who was known as a representative for her people, the Paiute; John “Snowshoe” Thompson, who traversed the Sierra Nevada mountains to deliver mail; Anne Martin, a leader in the suffrage movement; and Ben Palmer, the first Black landowner and rancher in Nevada.

“I take complex stories and put them into a digestible amount of words,” he said of the history series.

He said that the stories he tells of Nevada’s early residents and settlers are considered part of the state’s “dusty past” by many, or information that was necessary to learn for a test while in school and then forgotten.

But, he contends, that just the opposite is true. The trials and tribulations of those he writes about offer lessons for life and politics, as well as showcase the federal government’s influence over land.

“People are the same as they were 150 years ago. They face the same types of challenges.”

This lesson also echoes throughout another of his recent books, “Saints, Sinners and Sovereign Citizens: The Endless War of the West’s Public Lands,” which highlights the 2014 armed standoff with rancher Cliven Bundy and focuses on the use of federal public lands in the American West.

The book examines both sides of the story and includes a look at government agents and politicians who sought to control public lands for their wealthy friends and campaign contributors as well as environmentalists who fought to protect vast natural resources.

“It’s the story of Nevada,” said the Boulder City resident, noting that how the land has been used is something locals have wrestled with since before it became a state in 1864 to provide three electoral votes to secure Abraham Lincoln’s re-election during the Civil War.

The theme of the federal government’s involvement in the state and how it treats Nevadans also runs through his historical series of books for children.

It came into play in Winnemucca’s story and how she fought for the Paiutes who were pushed off their land, as well as Thompson’s life, who trekked through snow-covered mountains for 20 years to deliver the mail with the promise of a paycheck that never came.

Both made trips to Washington, D.C., to plead their cases, but their arguments fell on deaf ears, he said.

Smith said he heard snippets about the subjects of his books during his lifetime and travels throughout the Silver State. He also enjoys doing research and said he gets ideas by combing through archives, old publications and correspondence.

Smith estimates he has written about 20 books, if you include the “little ones, which I do.”

The “Fields of Silver and Gold” series is published by Keystone Canyon Press.

Smith praised his publisher, Alrica Goldstein, for seeing the need for the books about key Nevadans. He had pitched the idea about 20 years earlier and she heard about them when working for Scholastic. When she started her own publishing company, she reached out to Smith and the rest is — appropriately — history.

He is awaiting publication of his next book in the series, which focuses on the Pony Express, and doing research for a book about healers on the frontier.

“So often what we think we know and what was true are different,” he said.

The Pony Express is a prime example. Smith said many people are familiar with the “Hollywood” version of those who raced across the West on horseback to deliver mail.

“But it only lasted 18 months,” he said, adding that his book attempts to honor the adventure of it. “Those who organized it went bankrupt. They received no federal government support.”

Writing is a way of life for Smith. In addition to his books, he works as a freelance writer, submitting pieces to KNPR, The Nevada Independent and CDC Gaming Reports. Previously, he was a columnist for the Boulder City Review and Las Vegas Review-Journal.

In 2016, he was inducted into the Nevada Press Association Hall of Fame and was honored with the James Foley/Medill Medal for Courage in Journalism, the Society of Professional Journalists Ethics Award and the Ancil Payne Award from the University of Oregon.

“I started (writing) as a very young person, knowing in my heart that this is what I wanted to do.”

The “Fields of Silver and Gold” series are available from the publisher and “Sinners, Saints and Sovereign Citizens” is available on Amazon.