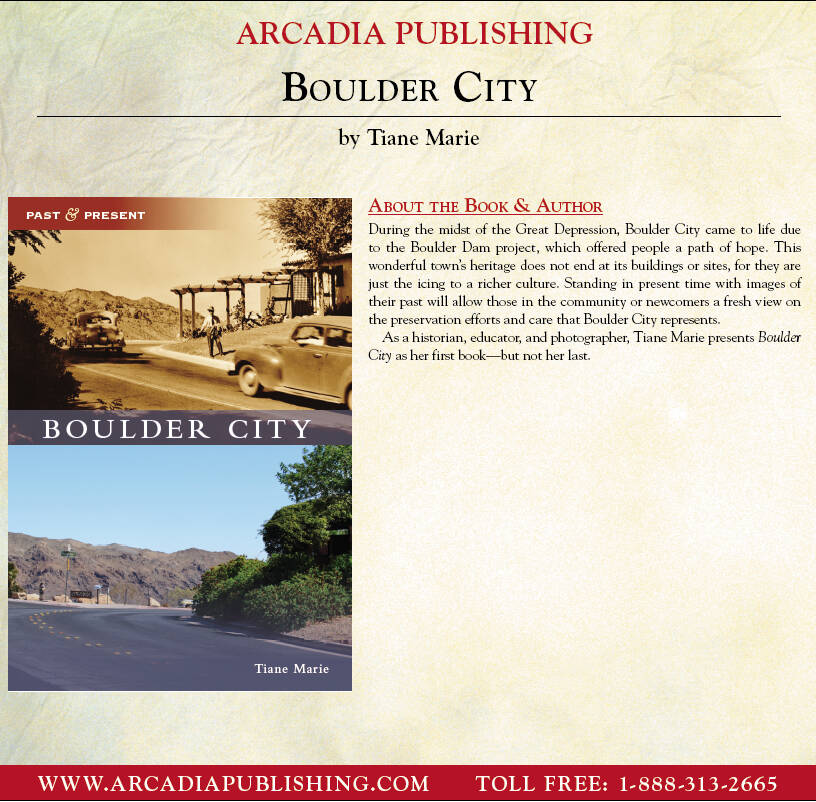 Arcadia Publishing Tiane Marie, manager of the Boulder City/Hoover Dam Museum and its collections, recently completed a new book about Boulder City. "Images of America: Boulder City" lets the reader step into history and see what the town looked like in the past and what it looks like now. 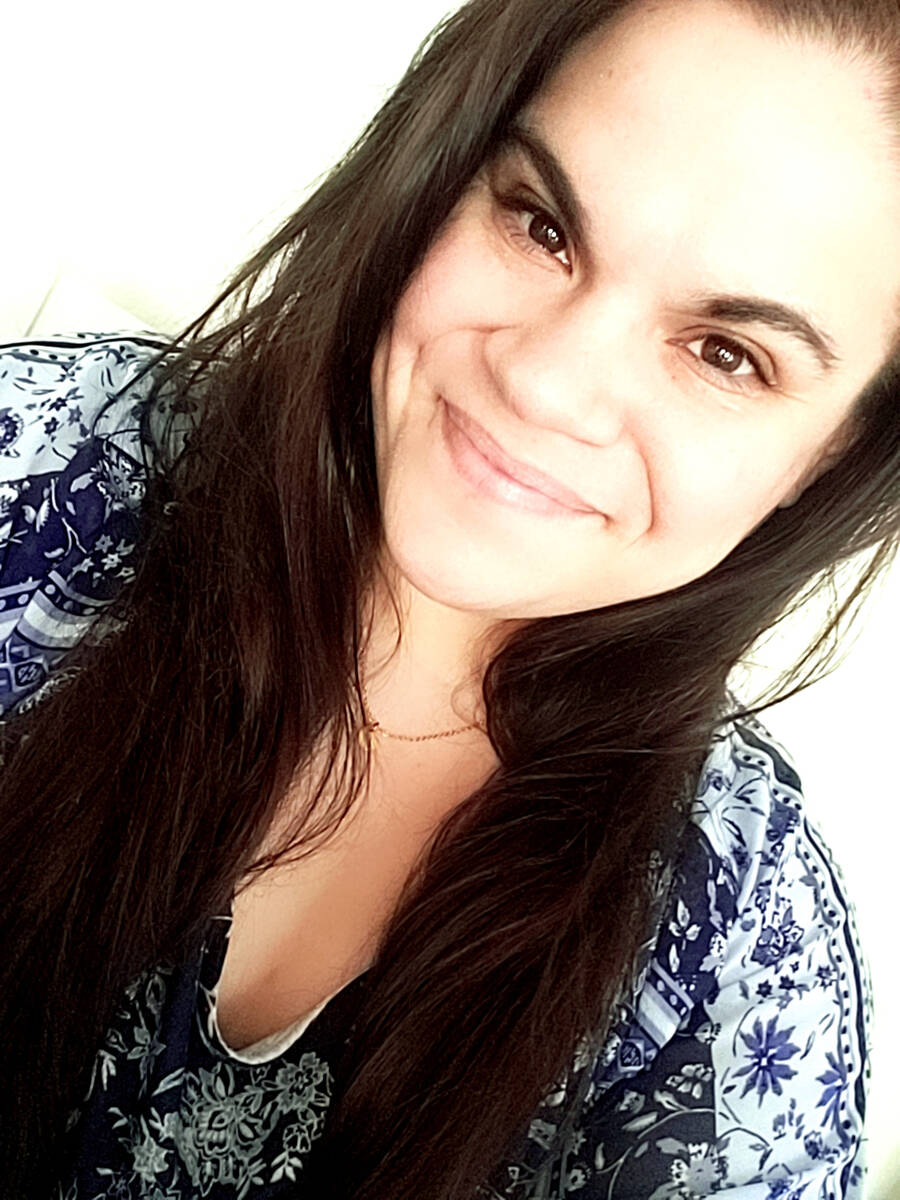 Tiane Marie, manager of the Boulder City/Hoover Dam Museum and its collections has written “Images of America: Boulder City," a new book about Boulder City.

Marie’s “Images of America: Boulder City” is part of Arcadia Publishing’s “Past &Present” series. It features pictures of how local roads, streets, businesses and houses looked in the past and how they look now as well as information about the people behind them.

“You get to stand still in history,” said Marie.

Marie said the inspiration for her book came from her graduate thesis, “Boulder City: The Story Untold,” which focused on Boulder City’s culture.

“There are quite a few books regarding Boulder City; however, the reality of showcasing the past and what has become of the town would bring a new meaning to preservation and adaptive reuse,” she said. “We celebrated our 60th anniversary of being an incorporated town in 2020, but Boulder City … has gone under a lot of changes … .What I want my readers to take from this book is to get involved with raising awareness about our historic value and helping others understand the importance of our town.”

Marie said she also wanted to focus on the people behind the historic buildings and to bring new meaning to adaptive reuse.

“I believe it is a good time for Boulder City to show how far we have come in the past 91 years,” she said. “Most importantly, to give our community and visitors, new and returning, a fresh perspective that our preservation efforts and care for our community is not wasted.”

Marie said after she finished her thesis it was just sitting on the shelf, when Arcadia Publishing reached out.

“I thought giving myself a brain break and working on my other works would guide me on what I wanted to do next with it,” she said. “That’s when I heard from Arcadia asking if I had any ideas for a possible new book; in other words they were seeking out new proposals. That’s when I sent in … the idea to be a part of their ‘Past &Present’ series.”

The book is available at the front desk of the Boulder Dam Hotel, 1305 Arizona St., and at the Boulder City Co. Store, 525 Avenue B.

Marie said she is working on two other books. She has been at the Boulder City/Hoover Dam Museum since 2018 and has lived in town for five years.

“Before I was able to move into this community, I was lucky enough to have lived right over the border in Henderson and spent most of my days here when I worked at the Hoover Dam and on personal daily trips for events, shopping and exploring,” she said. “It has always been about the culture and history that Boulder City represents that makes me proud to be a part of this community.”