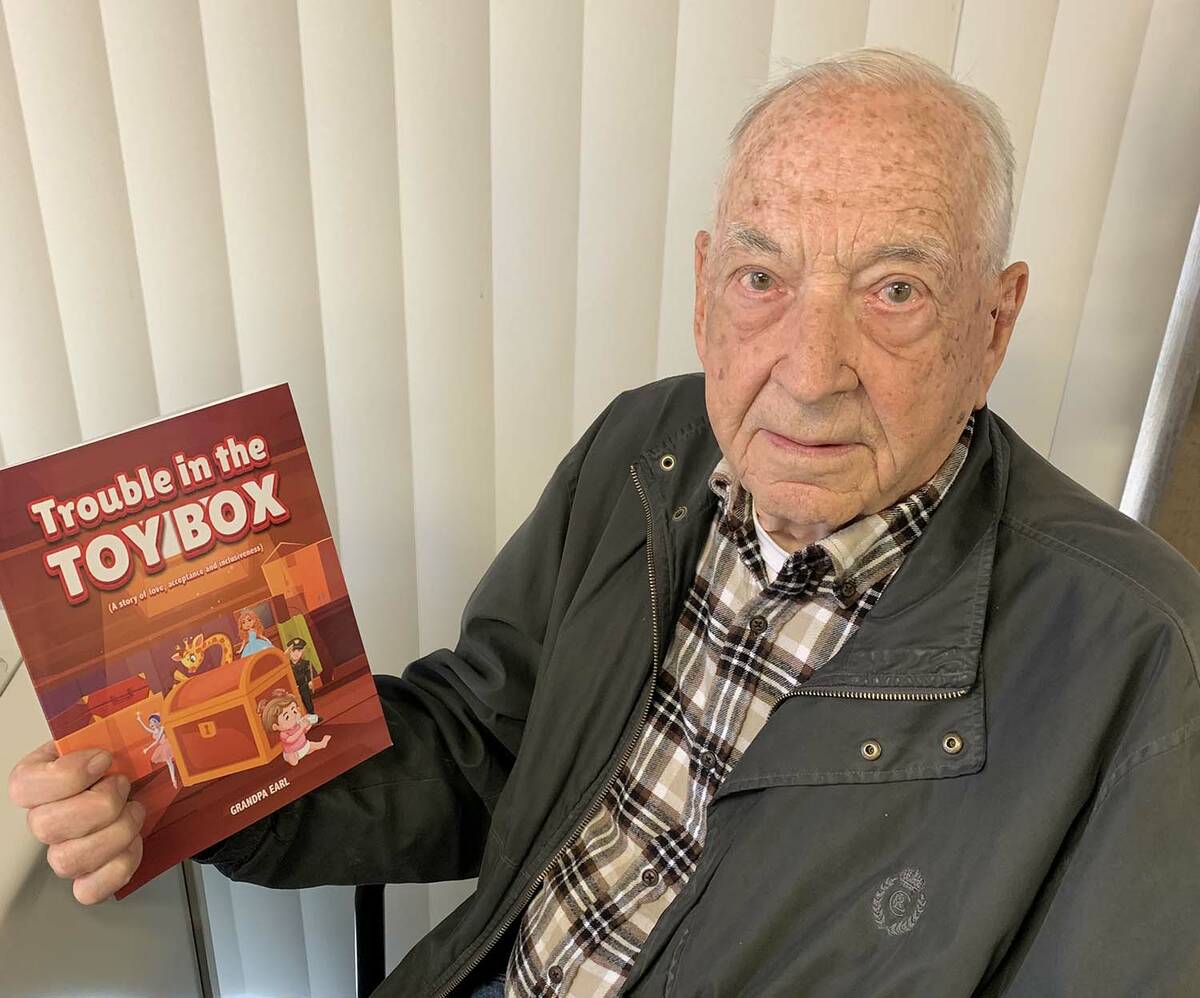 As someone who goes by the moniker “Grandpa Earl,” it comes as no surprise that spending time with his grandchildren and great-grandchildren is one of Stewart Earl’s favorite pastimes.

He also wants them to have a life full of love and happiness.

His new book, “Trouble in the Toy Box,” is a simple way to help him spread his message of “love, acceptance and inclusiveness.”

“Trouble in the Toy Box” tells the story of an odd assortment of toys. Some are old and dirty, some are new and still in their boxes. They live together in a magical toy box at the back of a young girl’s closet. At night, when the box is closed, the toys come alive.

Each one has something that sets them apart from the others. Jiffy Jaffy Giraffe, for example, is dirty where the girl used to hold him and his neck is limp and saggy. Sergeant Sergeant Sergeant is a toy soldier who is stuffed with some old cotton that makes him feel less than perfect. Miss Prissy Priscilla wears a frilly dress, has perfectly curled hair and lives in her original box but longs to be free.

They are jumbled together when the girl puts them in the box, but in the morning they are sorted with all the older, dirtier toys at one end and the new, shiny toys at the other.

One day the girl noticed the change and asked the toys why that was happening. They replied that they were “all so different” and “don’t belong together.” Her reply was that they do because they are her family and she loves them all, addressing each of the toy’s differences and telling them why they are special.

According to Earl, the story will help children learn about love, how to express their feelings and allow them to flourish in the real world.

Earl said he decided to write the book after retiring from a career in the Air Force and with the Bureau of Reclamation in Boulder City.

He said he had the opportunity to enjoy being a grandfather and had “always been relatively good with words.” He put the two together and came up with “Trouble in the Toy Box,” although he admits he didn’t start out with the intention of writing a book.

He said the best part of being a grandfather is contact with his children and his children’s children.

He has eight children — natural, step and adopted, numerous grandchildren and great-grandchildren, including a new set of twins.

Earl added that he has no real plans to write another book, but can’t stop writing stories. He also writes poetry.

Earl, 93, was born in a farmhouse in Otoe County, Nebraska, with no running water or electricity. He was the second of five children and had to milk several cows each day before going to school. He attended a one-room school.

He later returned to Nebraska, where he raised cattle, farmed and sold farm equipment before heading West to work for the Bureau of Reclamation.

“Trouble in the Toy Box” is available at the Dam Roast House &Browder Bookstore and on several websites.