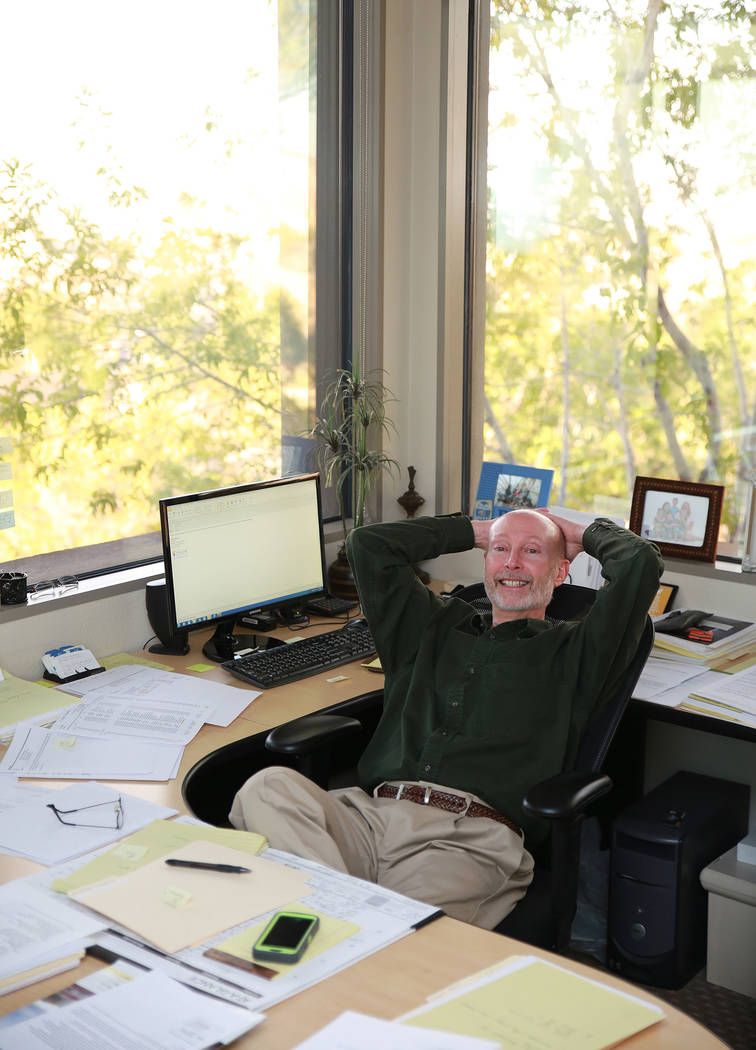 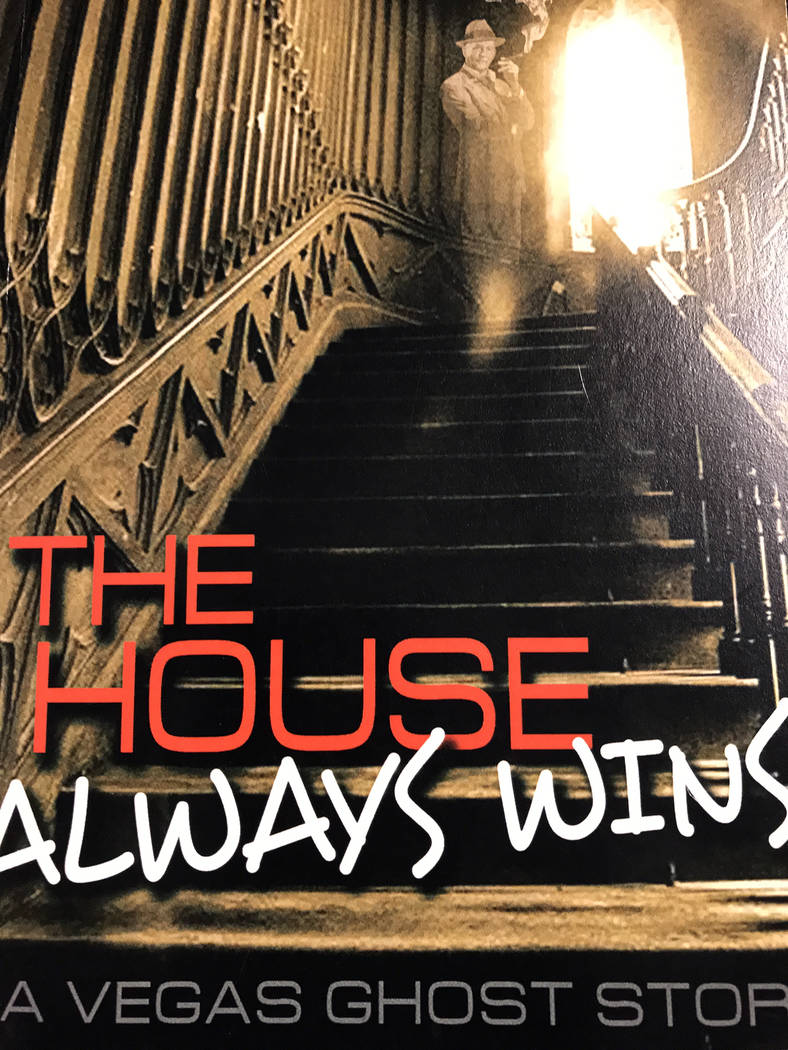 Hali Bernstein Saylor/Boulder City Review &quot;The House Always Wins&quot; is author Brian Rouff's newest book. It tells the story of a young journalist who buys a house haunted by the ghost of a Las Vegas mobster.

His ghost, however, is no ordinary spirit. It is the ghost of a Las Vegas mobster, and his tale is set in eerily familiar territory for Southern Nevadans.

“The House Always Wins” revolves around a young reporter who falls for a musician from Las Vegas in an up-and-coming band. Sparks fly, and she decides to accept his invitation to move in with him. They are quickly married, expecting a baby and decide to buy an old fixer-upper, which is also inhabited by its former owner, a Las Vegas mobster who, in true Vegas fashion, vanished overnight.

Along the way, a corrupt casino owner is buying all the property on her block to make way for a parking lot, but she has put her heart and soul into the old home and isn’t willing to let it go. Nor is her ghost.

Rouff said he has been haunted by the idea for this book for about a decade. It was inspired by a home on East Saint Louis Avenue he bought after leaving Boulder City in early 2002. The house, once owned by Jack Eglash, a noted producer of shows on the Strip, was more than 6,000 square feet and included an indoor-outdoor pool, soda fountain and full bar.

“The house that I describe in the book — from the first step into a complete disaster … is very much a description of the house we lived in,” he said.

As they were bringing it back to life, they also could have been bringing back Jack, he said. Although it was nothing dramatic, there were several unusual instances of drawers that would open and close, temperature changes and lights going on and off.

“As a writer, I thought ‘What if the house is haunted, and what if that ghost is a Vegas mobster?’ ” he said.

So he began writing. Circumstances forced him to put away the book for several years, and when he returned to it he was unhappy with what he read and started over.

Aside from his personal connection to the home, the story of the ghost-mobster’s life mirrors that of Rouff’s father growing up in Detroit during Prohibition.

It’s details such as those, along with his many references to life in Las Vegas, that sets his work apart from others that mention the city, he said. Because he has lived in the area for 36 years, Rouff said he “feels I know what makes us tick as a community.” He said it’s his goal to have his works become synonymous with Las Vegas.

It is his third book; the other two, “Dice Angel and “Money Shot,” are also filled with details of life in the city.

“It’s the reason I started writing books in the first place,” he said, noting how annoying it can be to read works by people “who come here for a week or two, are kinda arrogant and think they understand us.”

Rouff said his intention is to comment on life in the city in an entertaining way and let his readers know what it’s like to really be a local.

Rouff will appear at The Mob Museum in Las Vegas, where he did a lot of research, from 11 a.m. to 1 p.m. Friday, Oct. 20, as well as participate in a panel and book signing at noon Saturday, Oct. 21, at the 16th annual Vegas Valley Book Festival. He also will discuss his work during “An Evening with Brian Rouff” at 7 p.m. Tuesday, Oct. 24, at the Clark County Library.

Published by Huntington Press, his book is available on Amazon and Barnes & Noble.