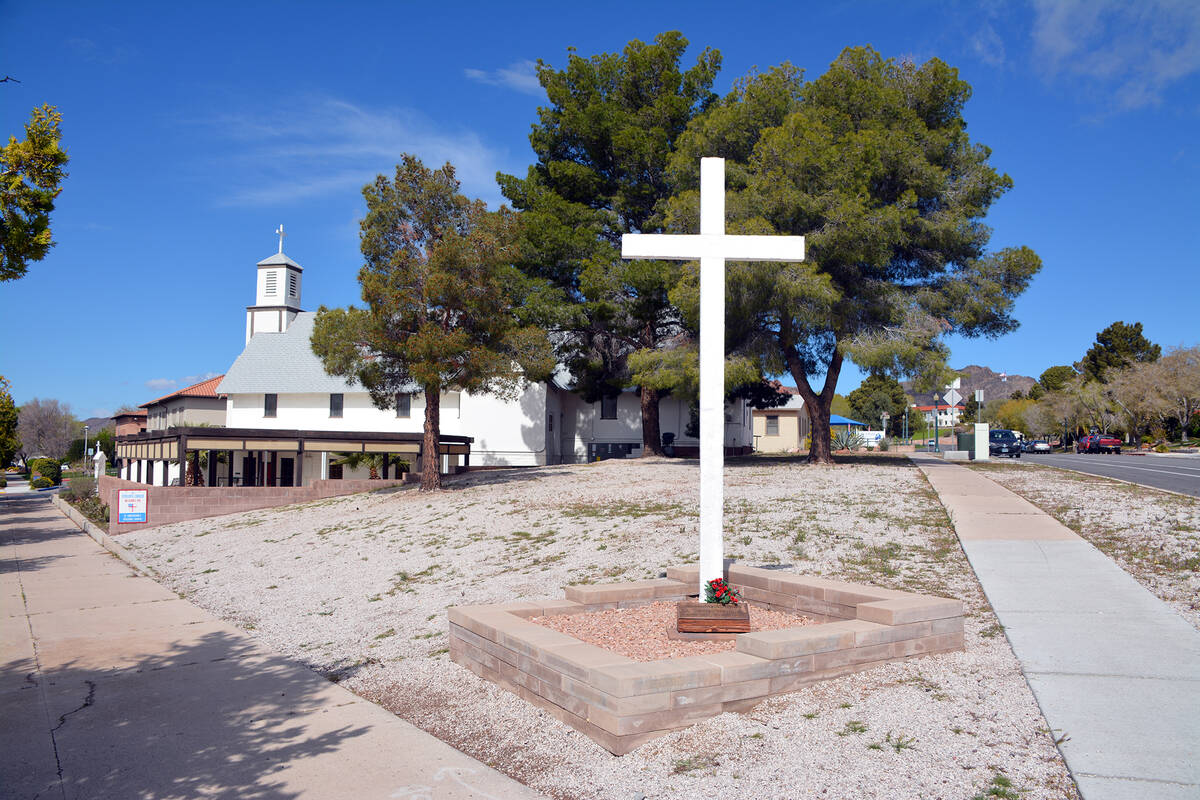 (Boulder City Review file photo) The cross at St. Christopher's Episcopal Church at the corner of Utah and Arizona streets has been standing in that location since 1932. 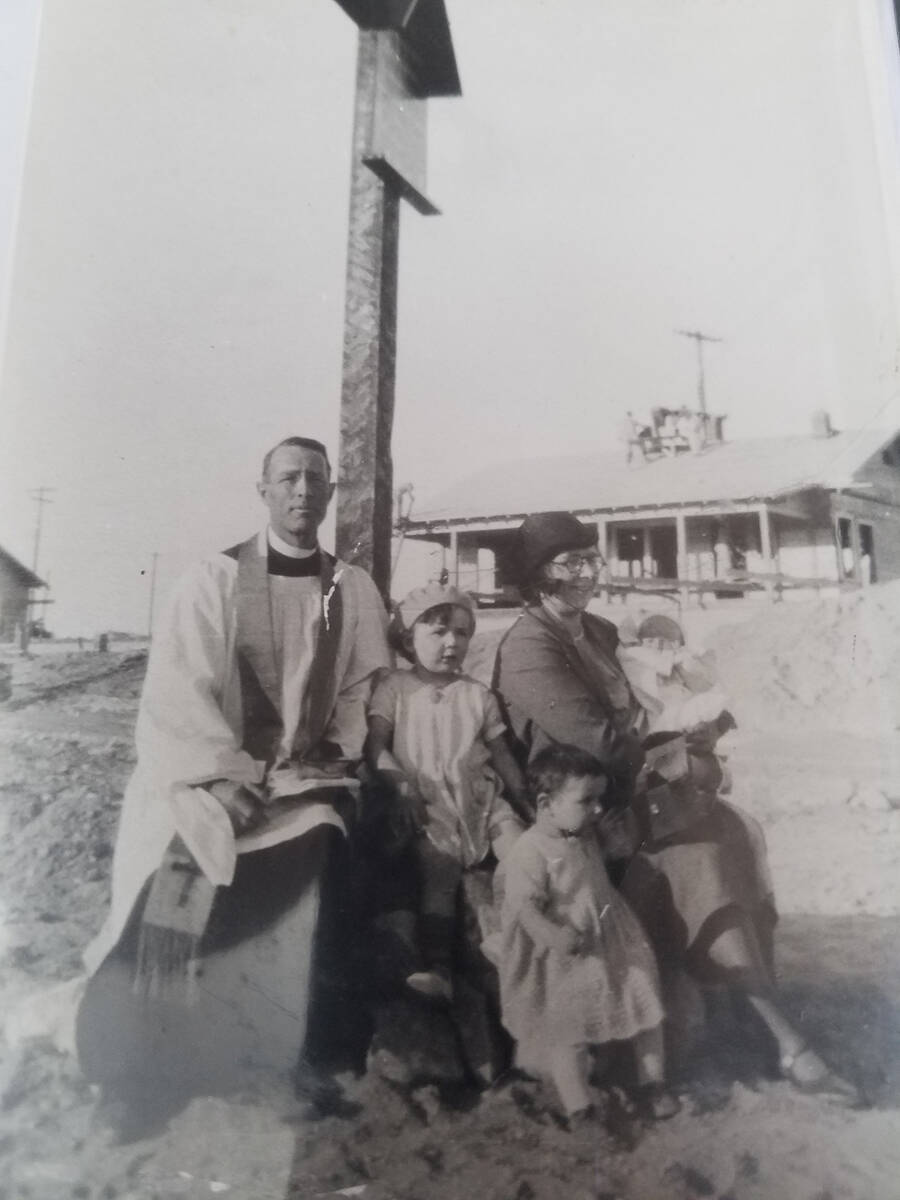 (Photo courtesy St. Christopher’s Episcopal Church) The Rev. Arthur S. Kean, his wife, Ruby Kean, and their children, from left, Marjorie, Marilyn and Alice pose by the church’s cross in this picture. The cross was dedicated March 6, 1932.

The festivities Aug. 13 will include free family activities including games, entertainment, food and prizes. Tours of the church and presentations about its history also are planned. Photos from the past 90 years will be displayed.

The following day will feature a special service conducted by Bishop Elizabeth Gardner including a baptismal renewal ceremony and dedication of a memorial to the late Wayne and Shirley Putz, who were longtime members and instrumental in many of its community outreach efforts, including the start of Lend A Hand of Boulder City, which has since become an independent nonprofit organization.

St. Christopher’s can trace its roots to visits by Bishop Thomas Jenkins and the Rev. Arthur Kean to campsites of those working to build Hoover Dam, said member Donna Raney, who has been compiling the church’s history. After the Episcopal diocese decided to establish a more permanent church, Jenkins and Kean met with government officials, who granted the triangular lot at the corner of Arizona and Utah streets to the fledgling congregation.

She said Jenkins named the church St. Christopher’s after the patron saint of travelers because he envisioned the city and nearby Lake Mead becoming a destination for tourists and travelers even though the town was originally supposed to be a temporary community while Hoover Dam was constructed.

According to Raney, construction issues that caused the first efforts to be demolished prevented St. Christopher’s from becoming Boulder City’s first church. Ground was broken for the church April 25, 1932, the cornerstone was laid June 12 and it was completed in September.

The church maintained mission status until 1954 when it became self-sufficient and obtained parish status, she said.

One of its biggest activities is community outreach programs. In addition to supporting Lend A Hand, which currently occupies a house on the property, St. Christopher’s supports Emergency Aid of Boulder City, clothes foster children, provides meals for the homeless and has a “Something Else” fund to assist those with unique needs. It also sponsors Jump Start Kitchen, a monthly program that teaches people how to use a slow cooker and, if needed, provides the small appliance.

Raney said the small congregation provides the most outreach of all Episcopal churches in Nevada.

She said the church traditionally attracts around 50 people each week for Sunday services and has roughly 125 members.

Raney said her hope is to see young families attending more often, which might provide an opportunity to resume its Sunday School program for children.