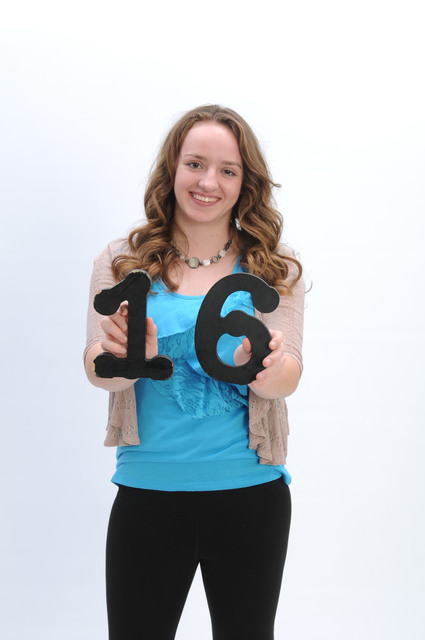 Courtesy photo Sabrina Snow was nominated as a National Merit Scholar semifinalist in September. She is currently a student at Utah State University after she graduated from Boulder City High School early.

Sabrina Snow was one of 16,000 students nationwide to be named a Merit Scholar semifinalist in September. Finalists will be announced in February.

Boulder City High School counselor Rebecca Balistere is confident Snow will be selected for the honor.

Snow was selected as a semifinalist because her score in the PSAT was in the 98 percentile of scores across the country.

When Snow took the PSAT her junior year she was not thinking about awards or accolades. She was simply thinking about taking a standardized test that she was required to take.

“I didn’t exactly pursue being a semifinalist,” Snow said. “We all had to take the PSAT so I took it and after my scores came in my counselor said I qualified to be a semifinalist.”

When Snow was picked, she said it was no surprise that she did well on the test but did not know exactly what a National Merit Scholar was.

“I knew I had scored high on the PSAT so I was not surprised about my score,” Snow said. “I also was not thinking about being a semifinalist so I didn’t know what it meant when I was selected.”

After her selection, Snow applied to become a finalist knowing the scholarship money ($2,500) would help her afford the cost of a four-year university. She said financial aid was her motivation to apply because she saw no point in applying for an award just to gloat about it.

“I applied because there was a monetary motivation to being a National Merit Scholar,” Snow said. “I know that may sound wrong to some people but I just don’t see a point in doing something just to brag about it. What is the point if it doesn’t help you or someone else.”

Accomplishments both academic and otherwise are a key aspect of becoming a Merit Scholar and Snow’s desire to help people in her community is a big part of her life.

“Volunteering has always been important to me,” she said. “I have always done it because it helps other people and doing things for others is never a bad thing.”

She even continues to volunteer at her new home in Logan, Utah, where she is a student at Utah State University after graduating high school early.

“I am currently applying to volunteer in a reading program that teaches school children to read,” Snow said. “It is not a big deal or anything; I just enjoy doing stuff like that.”

Snow may not have been surprised when she became a National Merit semifinalist but she said she would be shocked if she actually won the award.

“I would be more surprised if I actually became a Merit Scholar,” Snow said. “The competition is so much harder for finalists because everybody scored high on their PSAT and everyone is a good student.”

While Snow does not like making a big deal out of her recent nomination her parents were proud of the accomplishment. Her family was excited to hear about her consideration for the Merit Scholar program, Snow’s mother Colleen Fay said.

“She is a go-getter so she made graduating early look easy when most kids would require a Herculean effort. She never gives up on a challenge and that is why she continued to apply to become a finalist,” Fay said.