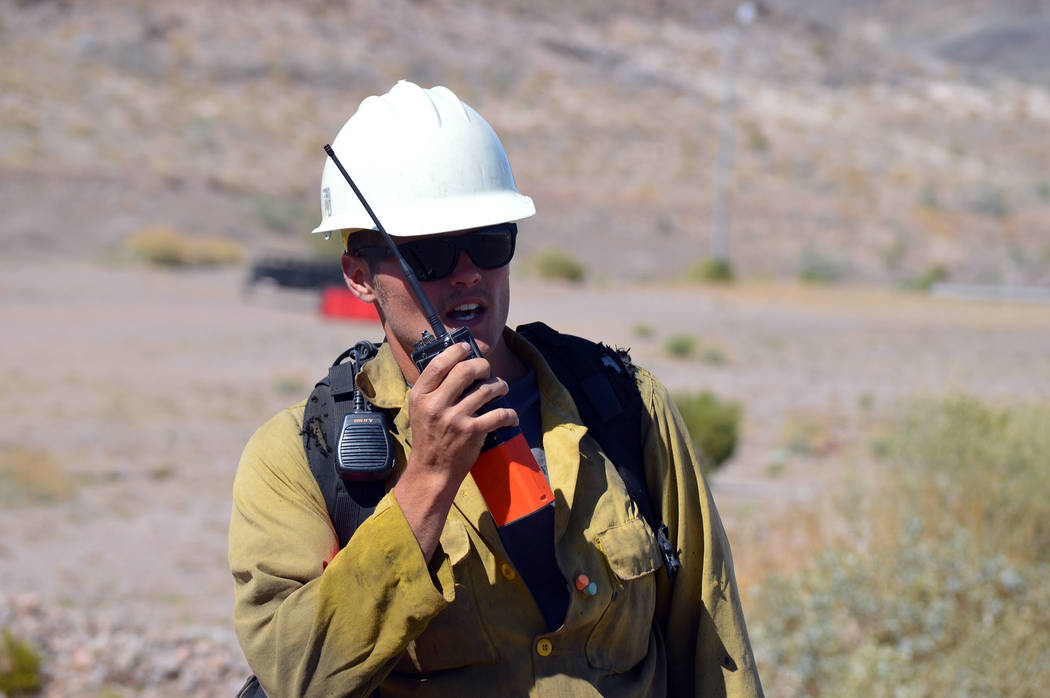 Celia Shortt Goodyear/Boulder City Review Jason Douglas gets the details of the scenario he and other wildland firefighters participated in at Lake Mead National Recreational Area for Wildland Fire Rookie School Day on April 27. 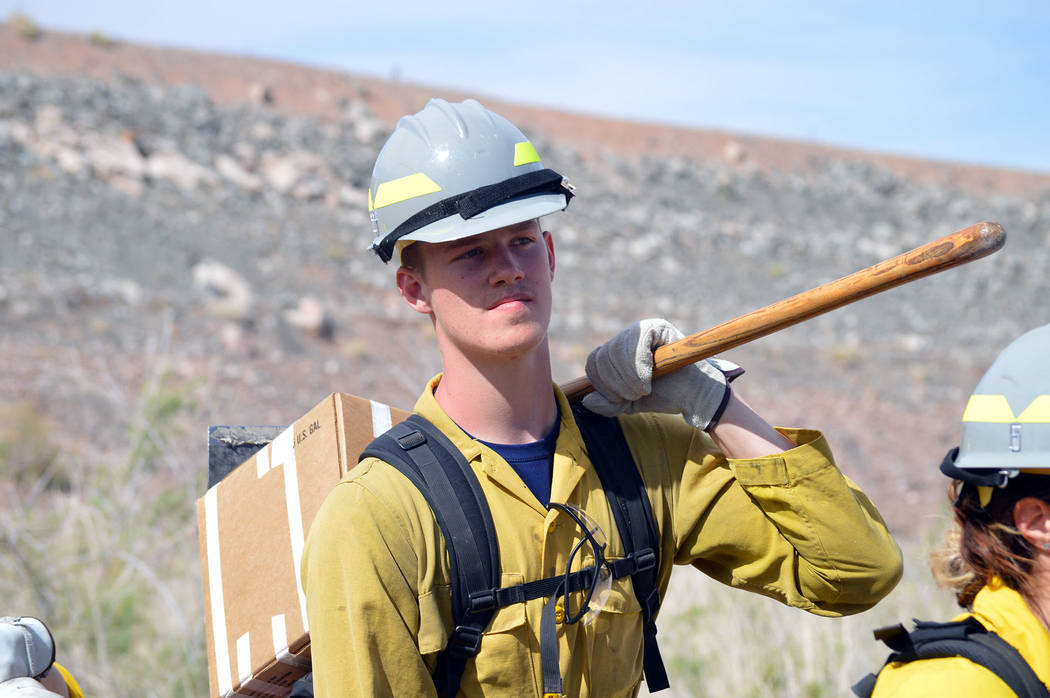 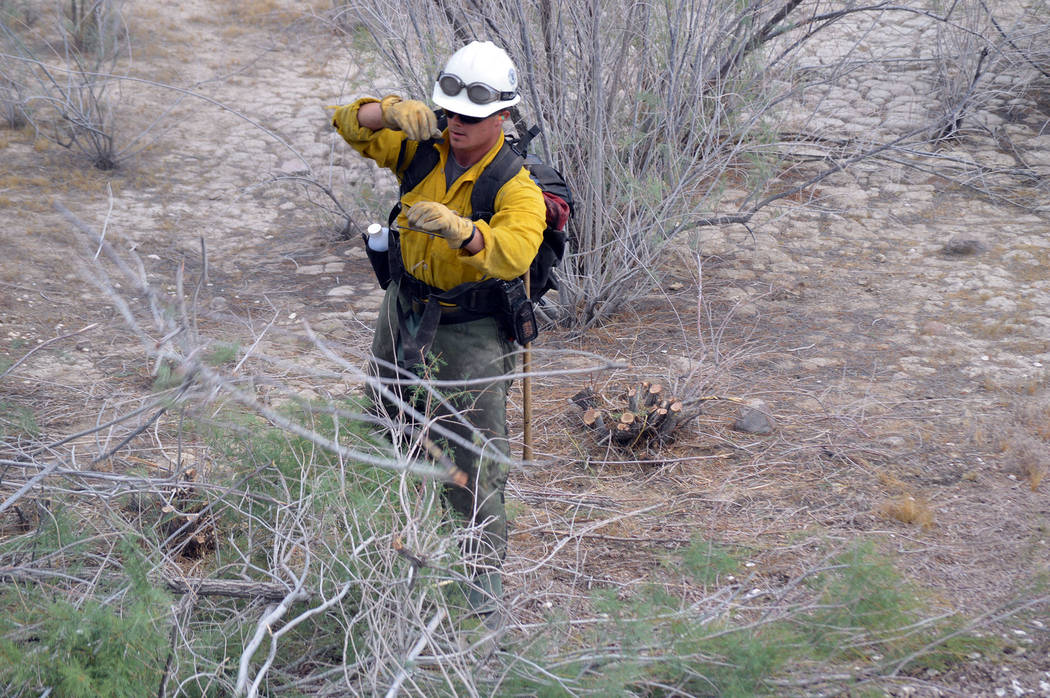 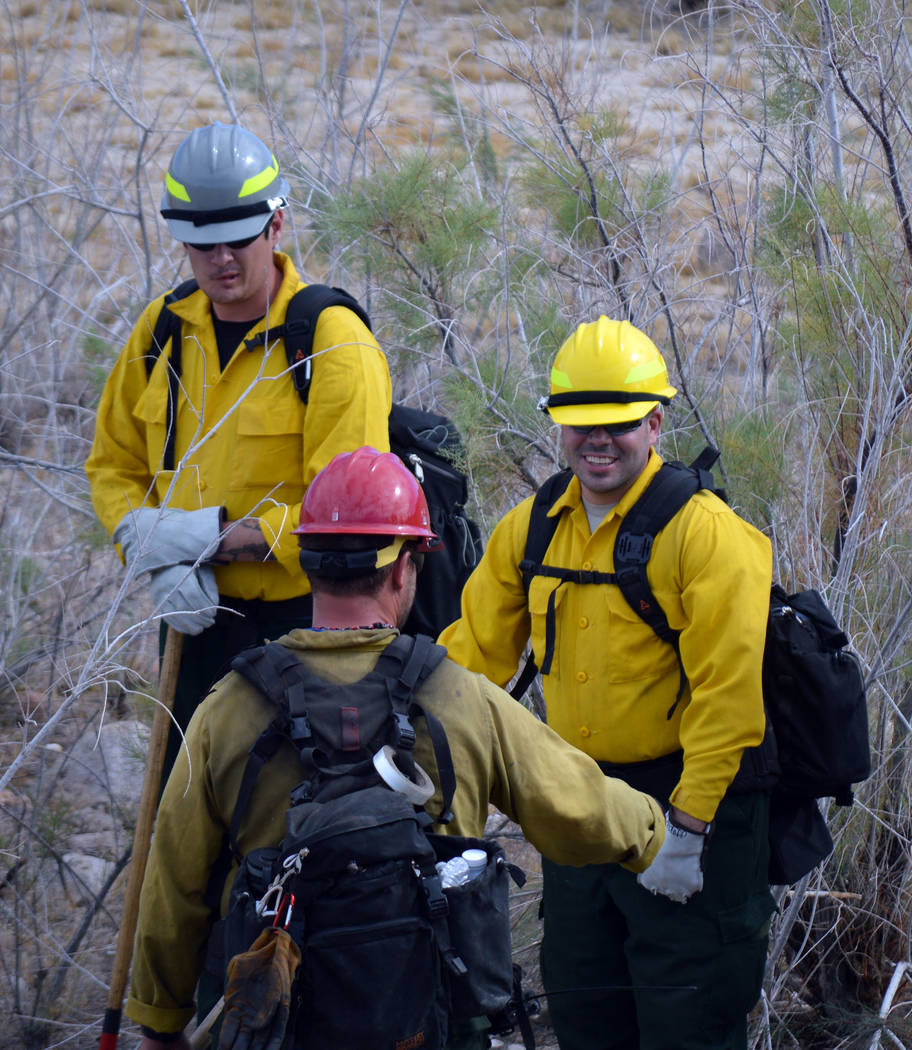 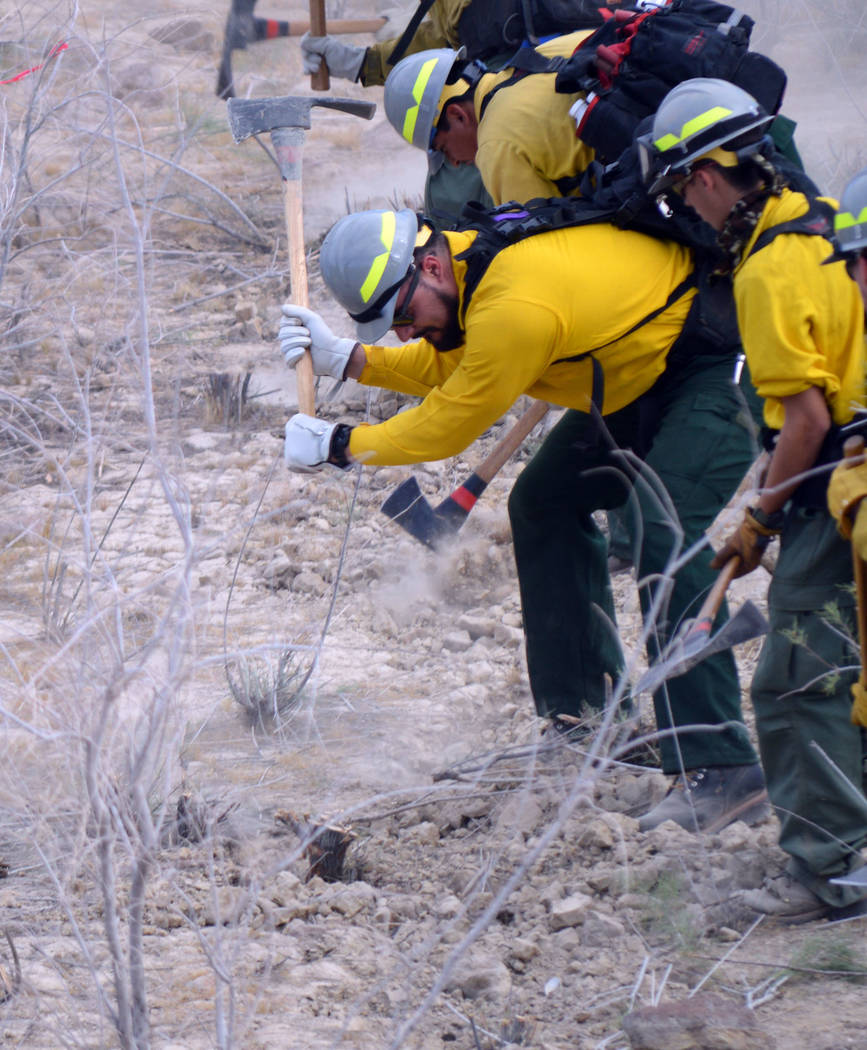 On April 27, Lake Mead National Recreational Area in Boulder City was home to a field day that highlighted the efforts of young adults from Las Vegas to become wildland firefighters with the Southern Nevada Interagency Handcrew.

The crew, made up of 18- to 20-year-olds, started its training four days prior and participated in a fire scenario, which allowed participants to use skills in fighting a wildfire, communicating and working in a group.

They performed an anchor, flank and pinch maneuver. In the anchor portion, crews start fighting the fire. During the flank, they move around the fire from that point. In the final part, pinch, they close off the fire at the other end and contain it.