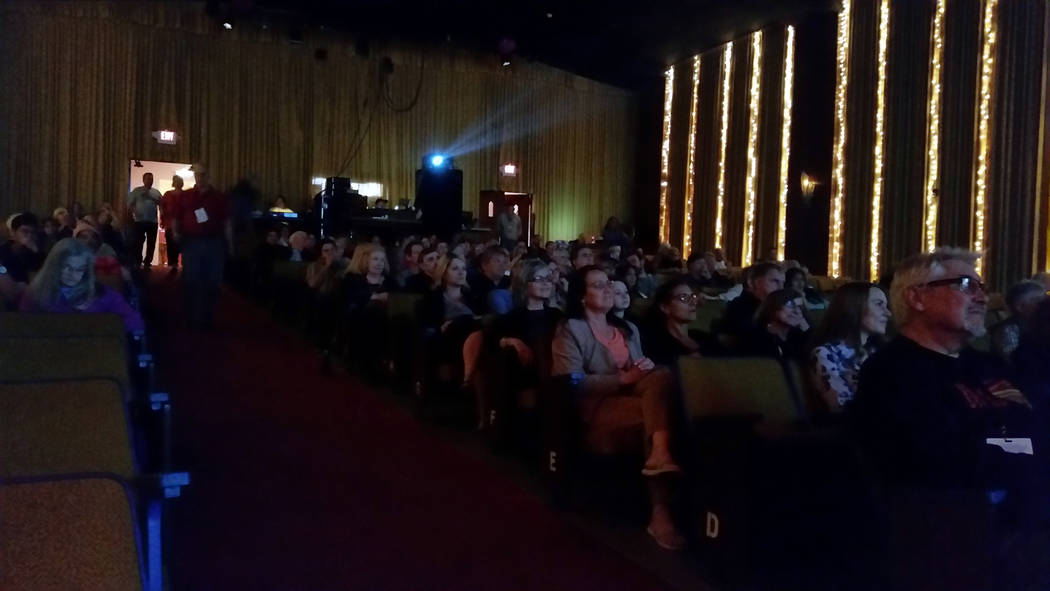 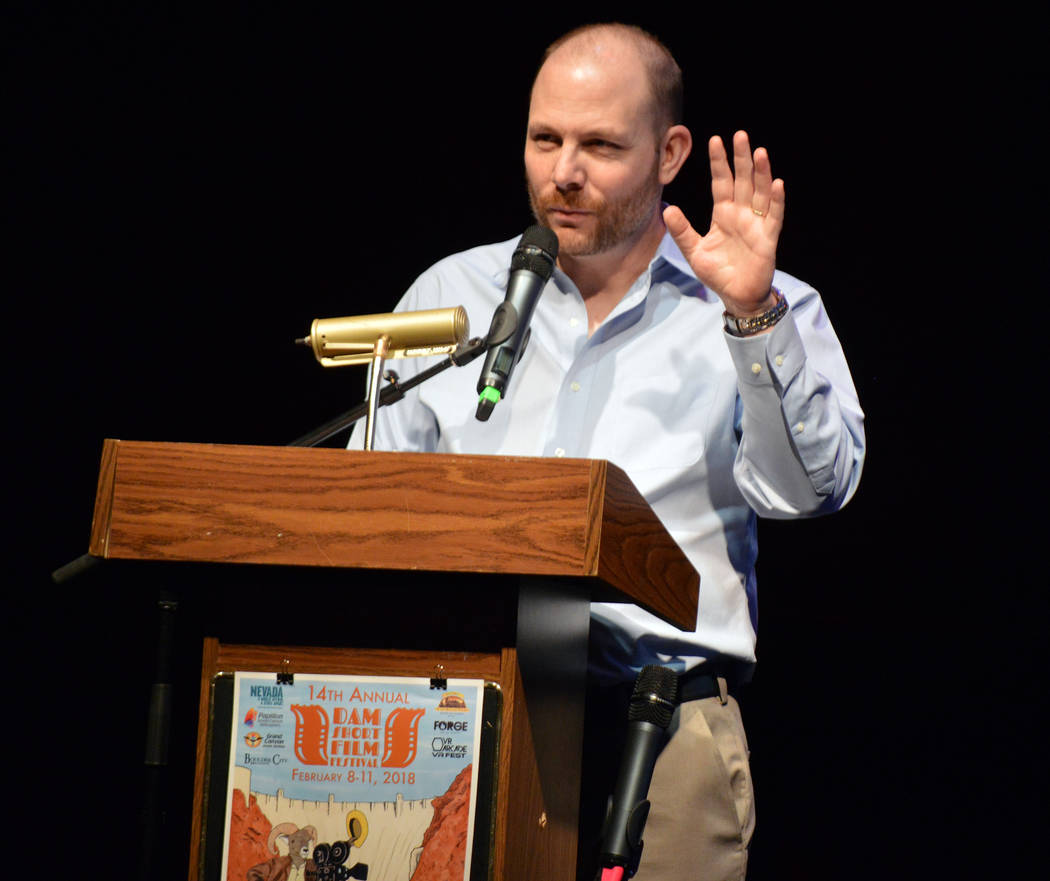 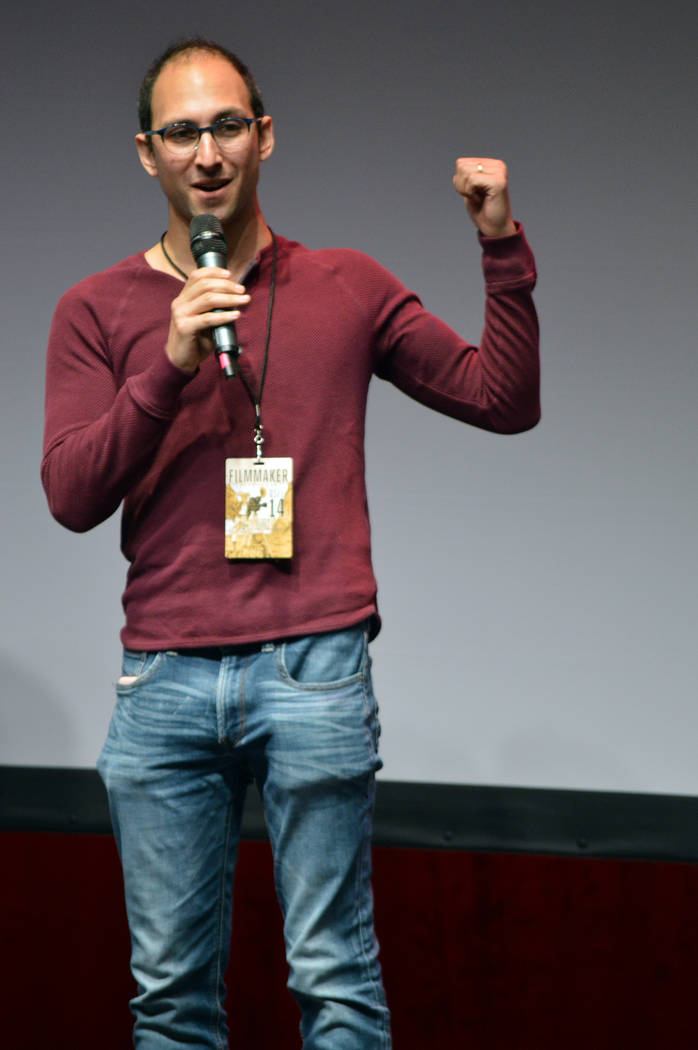 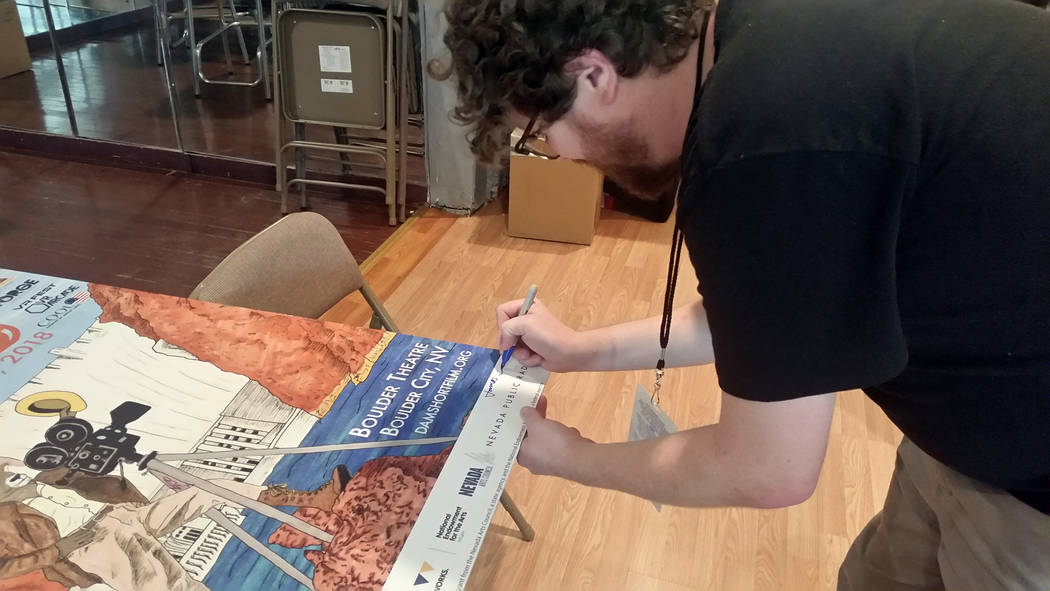 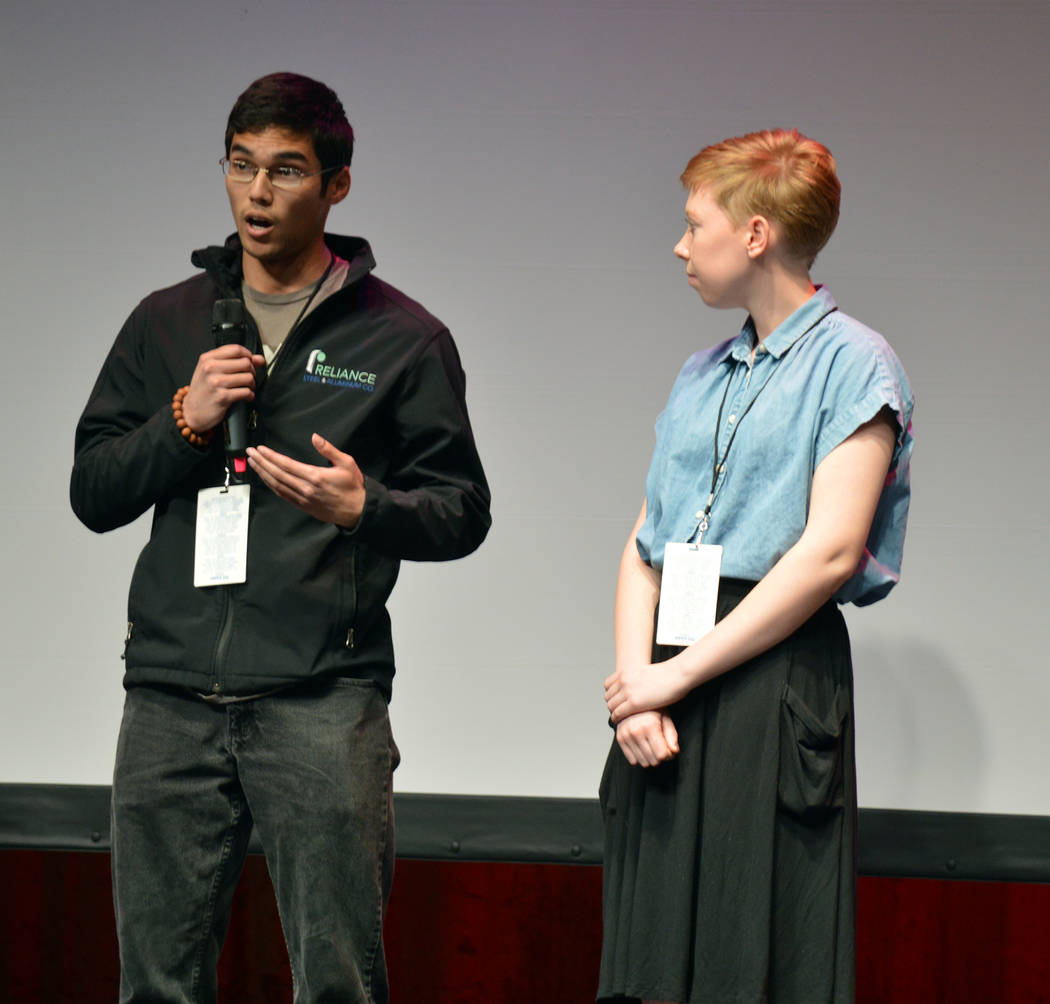 Celia Shortt Goodyear/Boulder City Review Joshua Cavalier answers a question about his and Celeste Erlander's short film, "Castle on a Cloud," at the Dam Short Film Festival on Feb. 8 at the Boulder Theatre. They created the film while students at New York University's Tisch School of the Arts, and this festival was the first time either had had a film screened.

Attendees watch the opening for films screening at the Boulder Theatre for the 14th annual Dam Short Film Festival on Feb. 8.

Producer and actor Jesse Einstein talks about his film “The Matchmaker” at the Dam Short Film Festival.

Joshua Cavalier, left, answers a question about “Castle on a Cloud,” a film he made with Celeste Erlander. They created the film while students at New York University’s Tisch School of the Arts, and this was the first time they had a film screened.