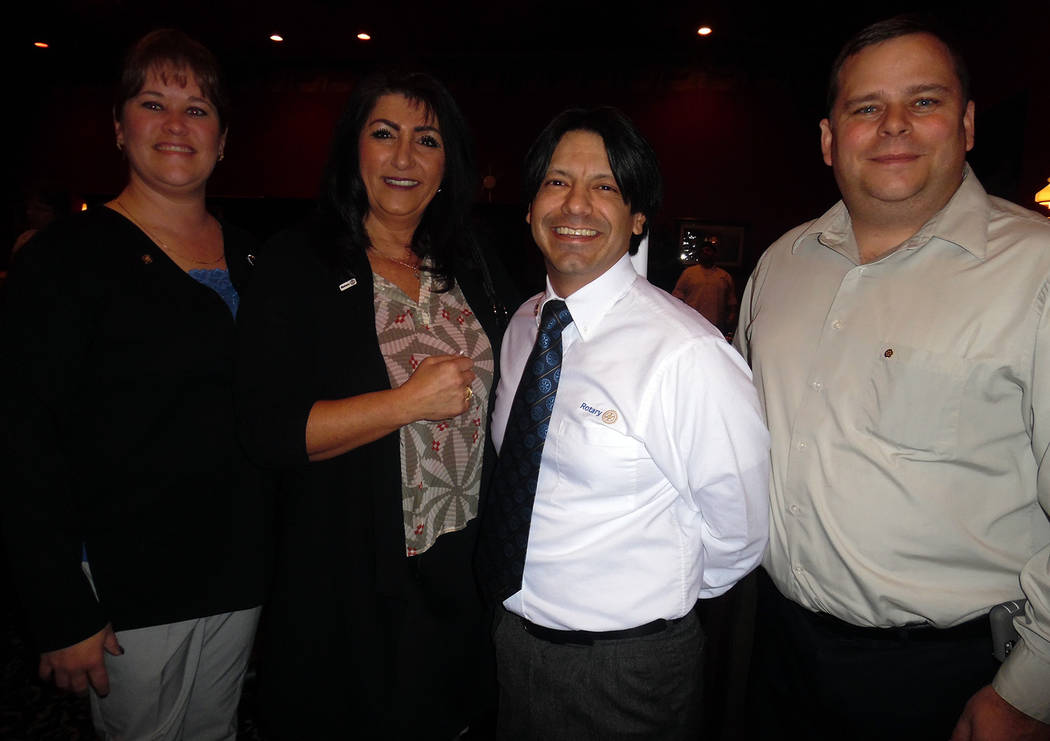 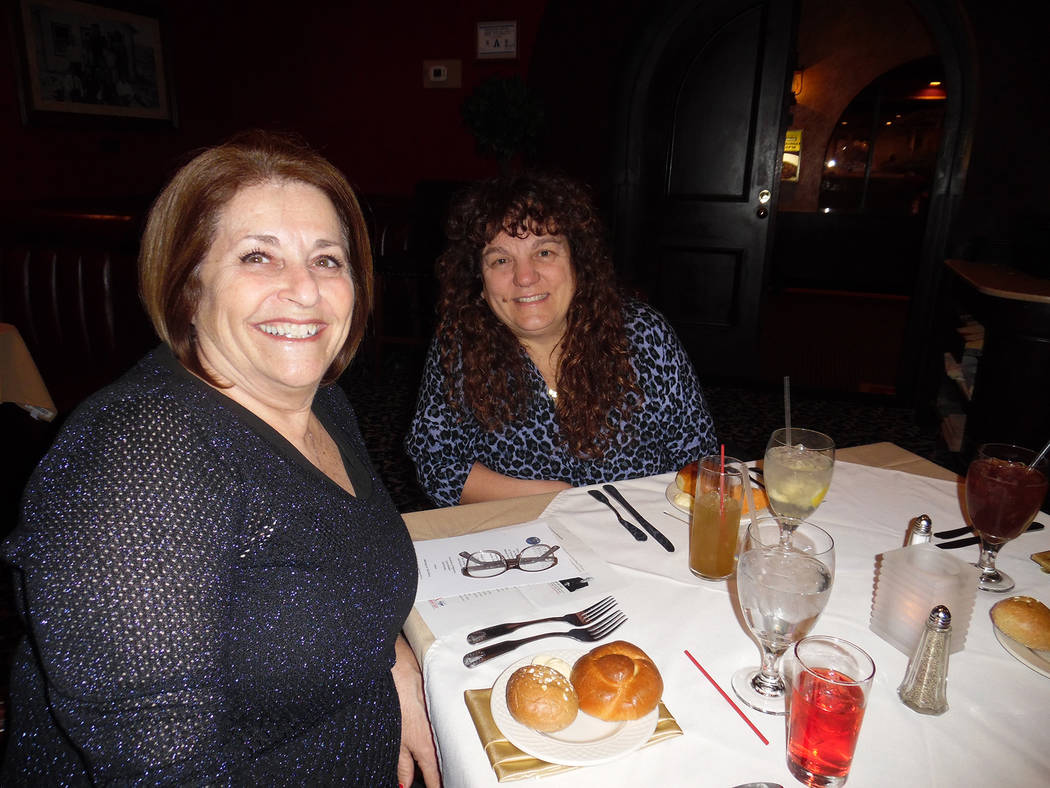 Hali Bernstein Saylor/Boulder City Review Jeanne Donadio, left, a past president of the Rotary Club of Boulder City, visits with Barbara Agostini during the service organization's 80th anniversary celebration Feb. at DeSimone's Steakhouse inside Railroad Pass. The two serve as co-chairs for their Satellite Club, the first in the district. 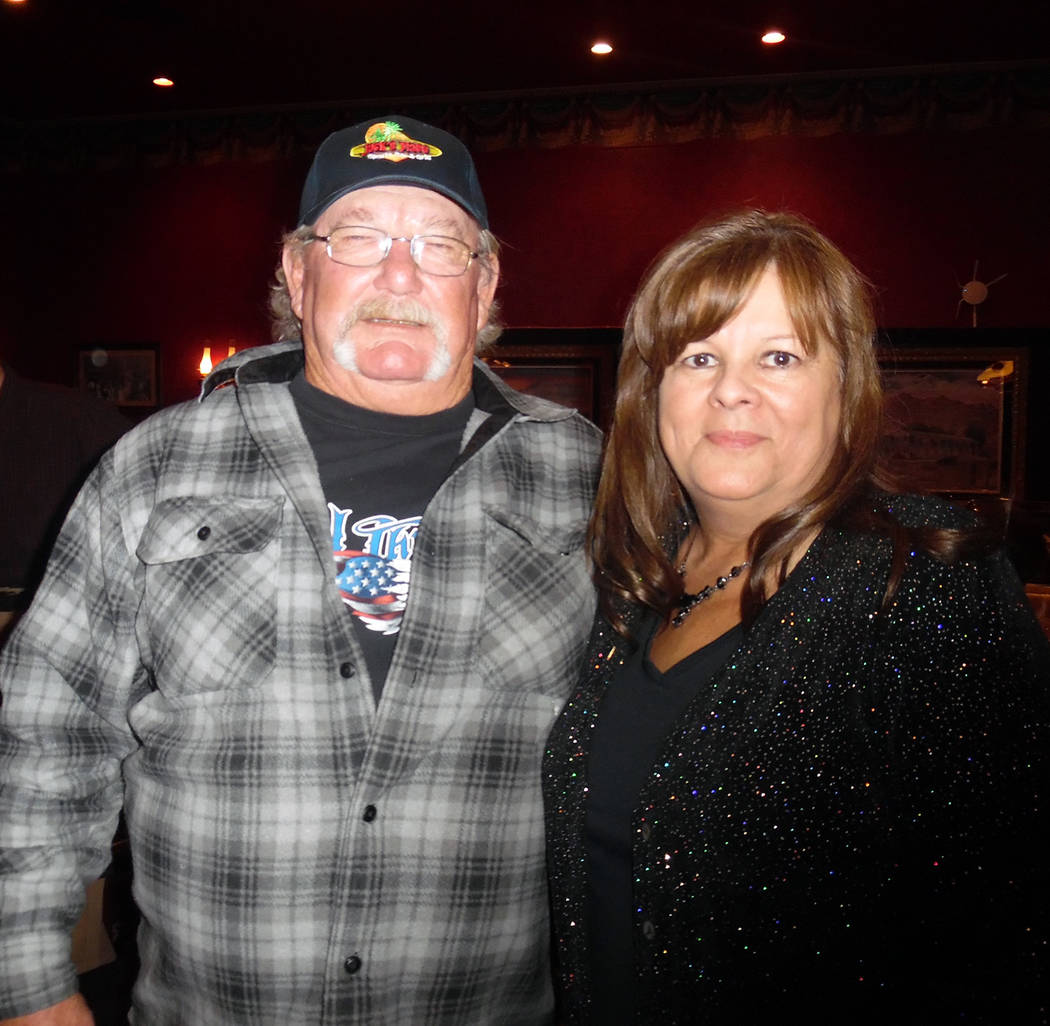 Hali Bernstein Saylor/Boulder City Review The Rotary Club of Boulder City welcomed two new members, Rick Hill and Christine Romero during its 80th anniversary celebration Feb. 28. Hill, husband of the late Christy Springgate-Hill, who died in October and is a past president, was given an honorary membership because of the many hours he donates to club. 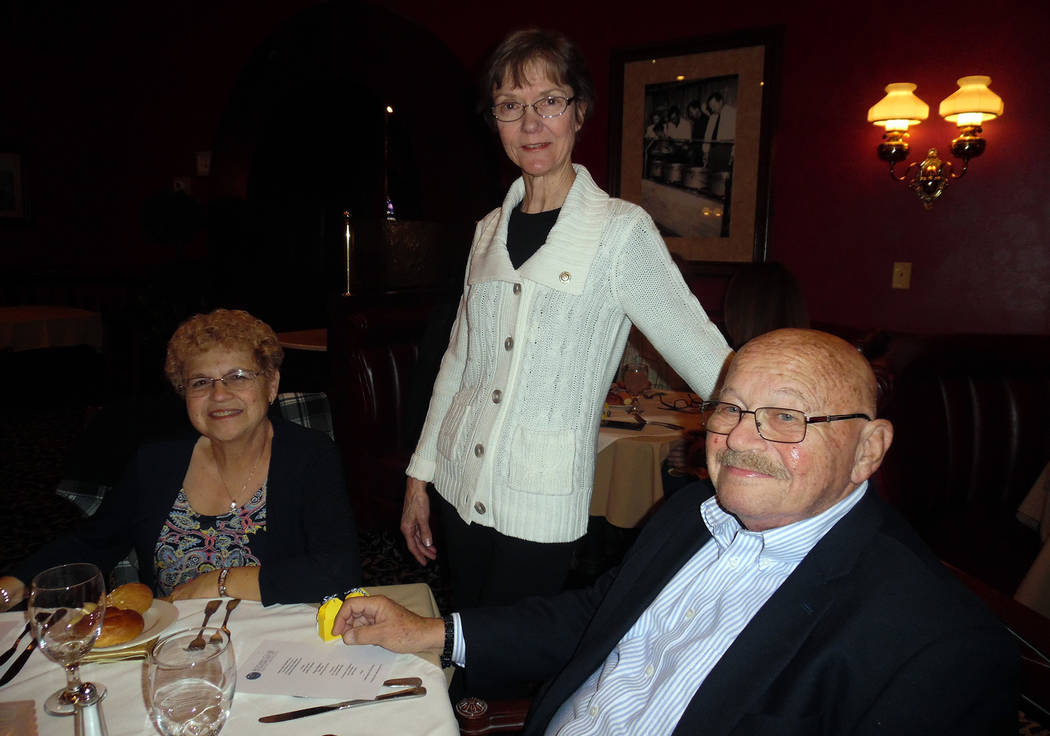 The Rotary Club of Boulder City celebrated its 80th anniversary with a dinner Feb. 28 inside DeSimone’s Steakhouse at Railroad Pass.

The club, chartered Feb. 25, 1937, was the first service organization in Boulder City, according to a history presented by President Larry Archuleta during the celebration.

He also spoke about the various projects done by the club each year and how funds raised by members at events such as the Best Dam Barbecue Challenge and Fourth of July pancake breakfast go back into the community.

During the celebration, they also welcomed Christine Romero, the newest member of its Satellite Club, and made Rick Hill, husband of the late Christy Springgate-Hill, an honorary member. Springgate-Hill, who lost her battle with cancer in October, was a past president of the club and often “volunteered” her husband to help with its many projects.