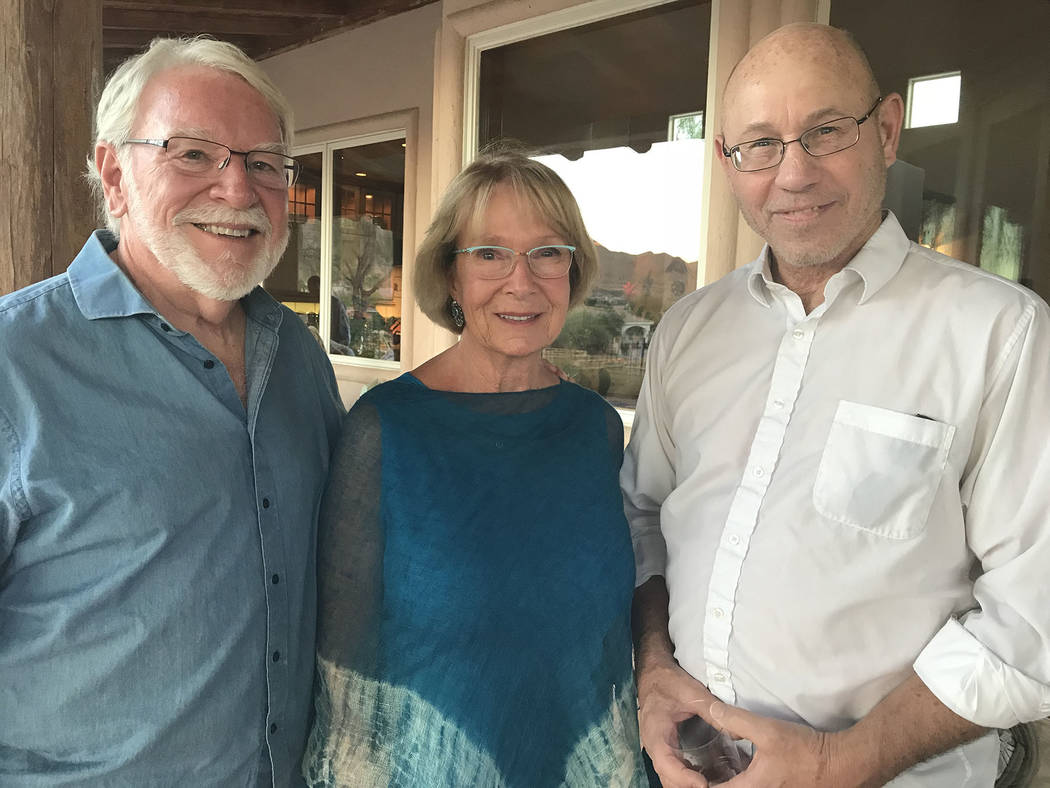 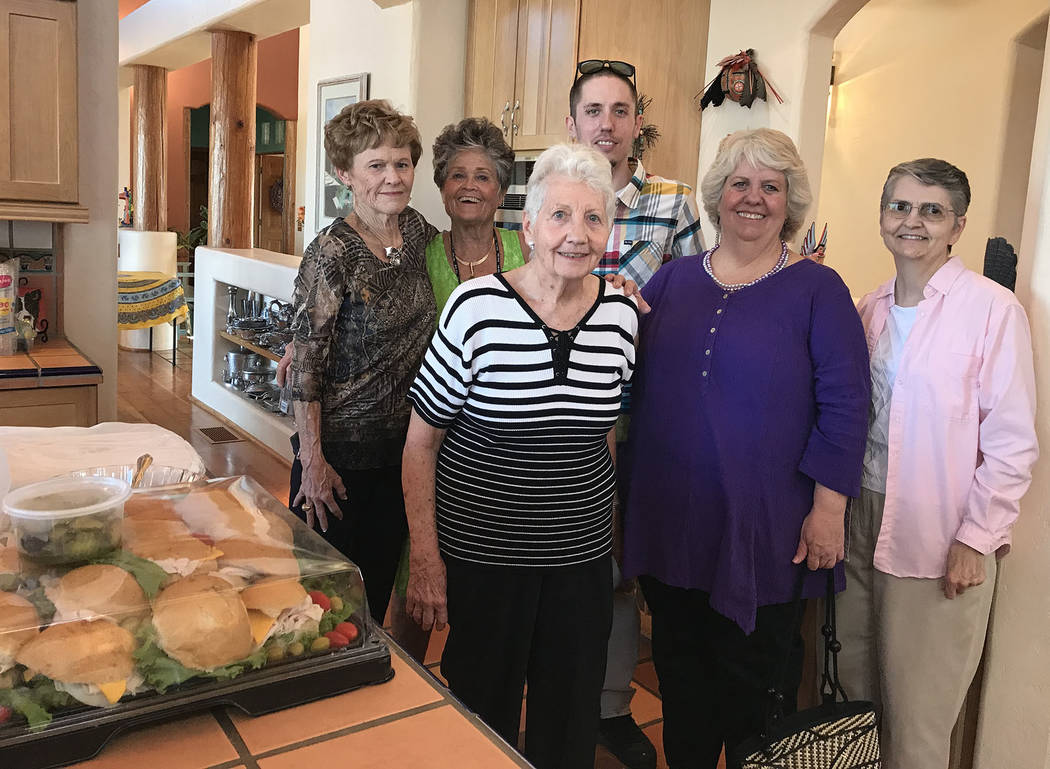 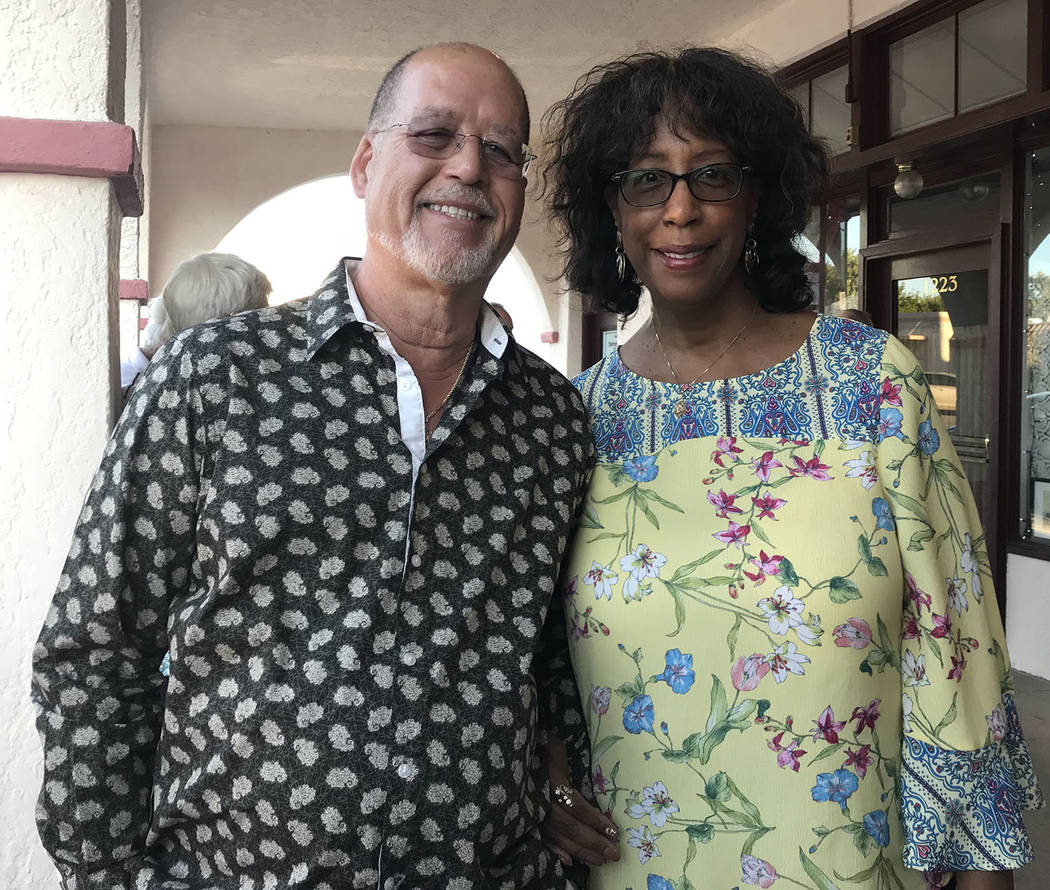 Hali Bernstein Saylor/Boulder City Review Frank and Marsha Irvin of Henderson were among those attending the annual performances of Boulder City Chautauqua on Saturday. "We come every year," they said. 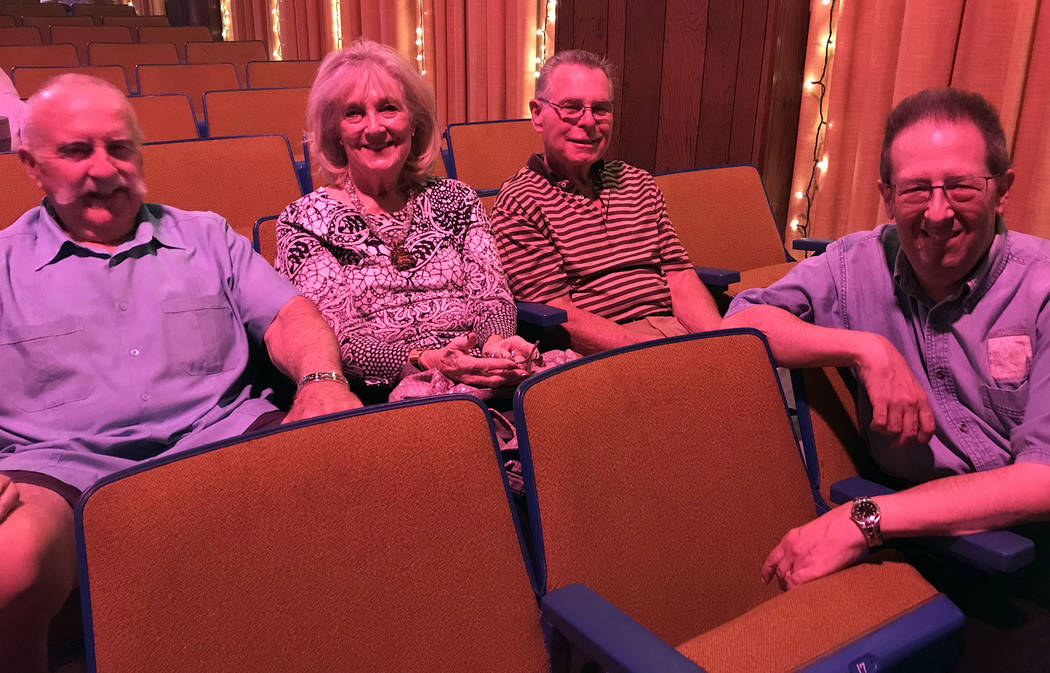 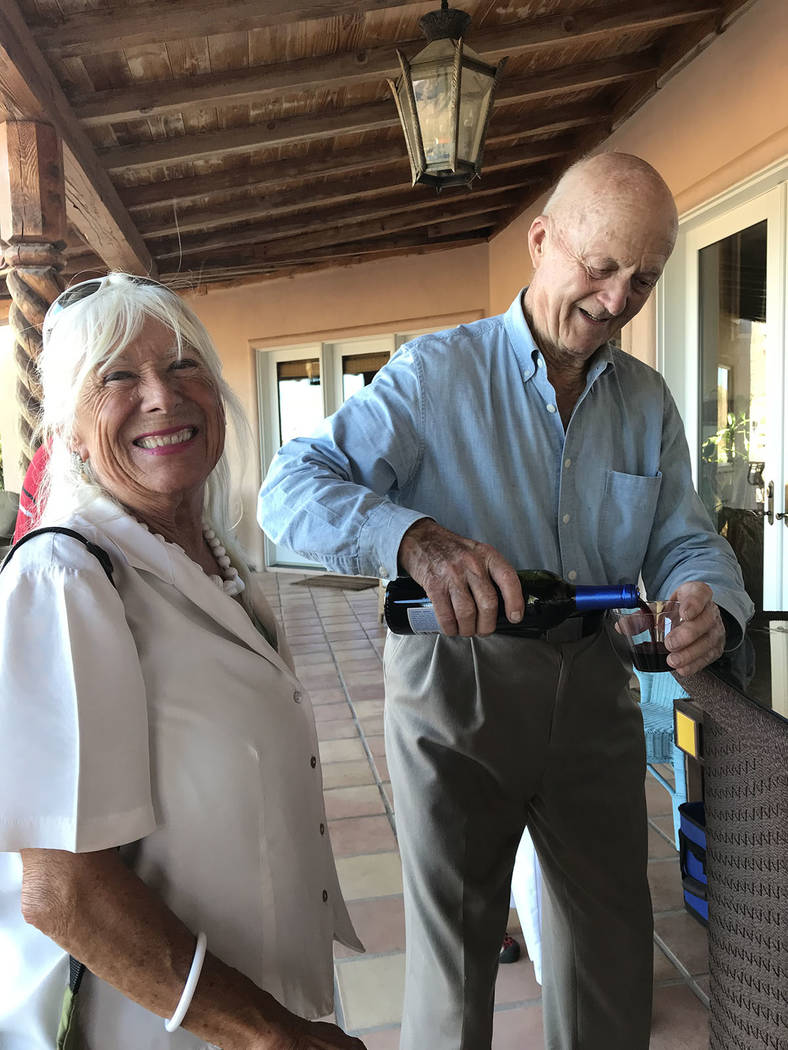 Frank and Marsha Irvin of Henderson were among those attending the annual Boulder City Chautauqua performances Saturday. “We come every year,” they said.

Michael Green, right, an associate professor of history at UNLV who served as moderator for Boulder City Chautauqua performances Saturday, visits with, from left, Pat, Carol and Craig Kelso, all of Boulder City.

Valerie McNay waits as Bill Smith pours her a glass of wine Friday during an evening reception to recognize Boulder City Chautauqua patrons.