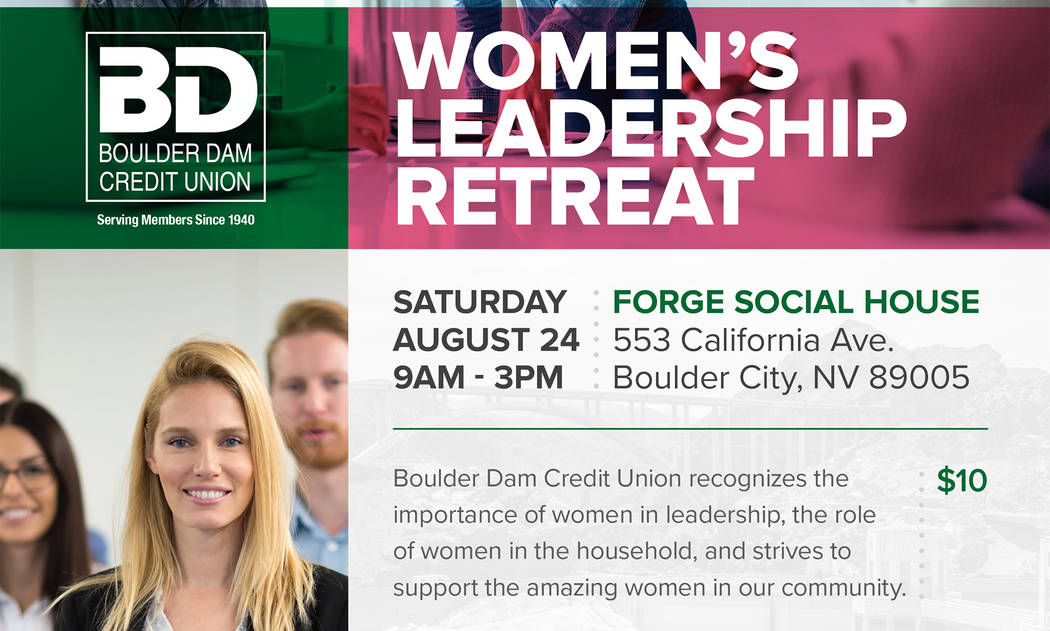 Boulder Dam Credit Union is fostering leadership skills in women by offering a special one-day retreat focusing on issues that will help them succeed.

Credit union President and CEO Eric Estes said there will be very little, if any, information about credit union products.

Estes said the retreat began as a way to augment leadership traits in his staff members, especially women in supervisory positions. He noted that between 80 percent and 90 percent of his staff is female and attributes much of the credit union’s success to their abilities.

“I wanted to continue that tradition and develop future leaders, including those who have not been hired yet,” he said.

Once he began thinking of women in supervisor positions, he said, he realized there are many women in the community who could benefit from the information being offered at the retreat.

“It’s a way to give back and to attract members we have not been able to reach.”

Education has been a key component of the credit union’s programs. Currently, they had programs aimed at older people and youths, but they were lacking something for those in their 30s through 50s. He said they usually have a waiting list for their programs about Social Security.

“If the demand is great, we will do a second (retreat),” Estes said.

Space is limited and about 50 tickets will be available. Credit union membership is not required to attend.

Tickets are $10 each and include lunch. They will go on sale today, Aug. 1, in the credit union lobby.