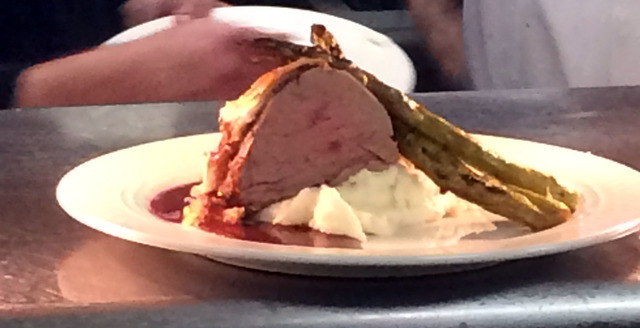 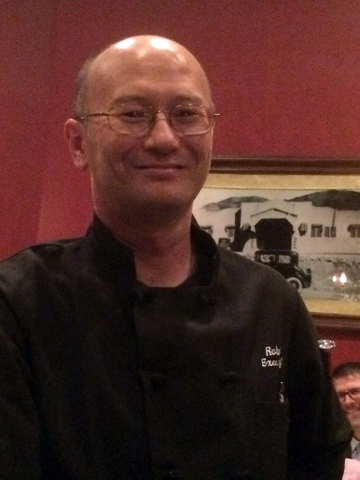 When Joe DeSimone took the reins at Railroad Pass hotel and casino he knew it was a lot more than just a stopover between Boulder City and Las Vegas. It is a piece of history.

DeSimone, a real estate developer and entrepreneur from Henderson, knew it was the nation’s oldest continuously operating casino and when he purchased it from MGM Properties he also knew it was a gem that needed to be polished and preserved.

“After we redid the hotel rooms we started to look at the different areas of the 55-plus acres,” he said.

DeSimone decided to start the next phase of the project with the steakhouse. From the carpet to the ceilings, every inch of the restaurant, rebranded DeSimone’s, has been either replaced, repainted, polished or cleaned.

A new executive chef, Robert Polk, who had recently left his own restaurant in Las Vegas, became a part of the renovations.

“We are revamping the menu top to bottom and a lot of the old standards, such as the prime rib are being improved,” Polk said. “A few new ones are already on the menu. A good example is the crab cake, and others will make their way in from time to time until we find the exact balance that our customers expect. The menu will be smaller and not have as many offerings as before; however, the quality and service will exceed anything that was here in the past. The restaurant will be butchering their own steaks on site and procuring only the finest quality meats and produce from all available sources. Nothing will be less than top quality.”

Ross E. Williams, Acting food and beverage manager for the Railroad Pass, said he is “truly excited about the changes that Robert and Joe have brought to the property. The local customers eat here and build relationships with the staff so individual preferences are important while still keeping that quality.”

DeSimone’s Steakhouse promises to continue to provide the cuts and portions it has always been famous for, such as 8- and 12-ounce filets and a 22-ounce rib-eye steak or the smaller 14-ounce cut. The beef Wellington and many other house specialties will always be available.

The ambience and character of the original steakhouse remains but with subtle changes and little nuances that let you know that this is a very upscale restaurant, while at the same time offering a familiarity that is warm and inviting.

Staff members go the extra step to see that each guest is satisfied and can be seen frequently checking the level of a wine or water glass without being obtrusive. They are caring and proud of their restaurant and it shows in their style.

The food is a mixture of different styles and tastes that you would expect in the finer steakhouses in New York or Chicago and is well on the way to providing one of the better dining experiences in the area, according to several diners who attended a preopening tasting.

DeSimone talks at length about the adventures ahead developing the remaining property, referring to the steakhouse as “just the beginning of a destination. Not just a stopover.”

When asked about the new Interstate 11 just outside the front door, DeSimone said, “I see the new highway as an opportunity not a challenge.”

With the new roadway configuration travelers will not have problems accessing the property and the plans have been laid for Railroad Pass and DeSimone’s Steakhouse to be a place to step back in time to experience fine dining for many years to come.