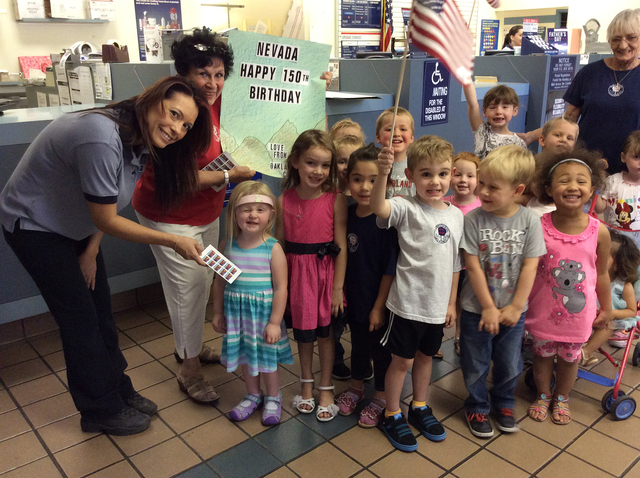 Students from Oaklane Academy preschool visited the Boulder City post office Friday morning to be among the first people to purchase the new stamp commemorating the 150th anniversary of Nevada’s statehood. The stamp was unveiled Thursday. Diane Trejo, far left, lead clerk at the post office, presents the stamps to Cora West, who was joined by teachers Carole Gordon, at left, and Cheryl Kern, far right, as well as fellow students Shayne Rieskamp, in pink dress, Jade Rivera, in blue shirt, and Devlin Shane, holding the flag.