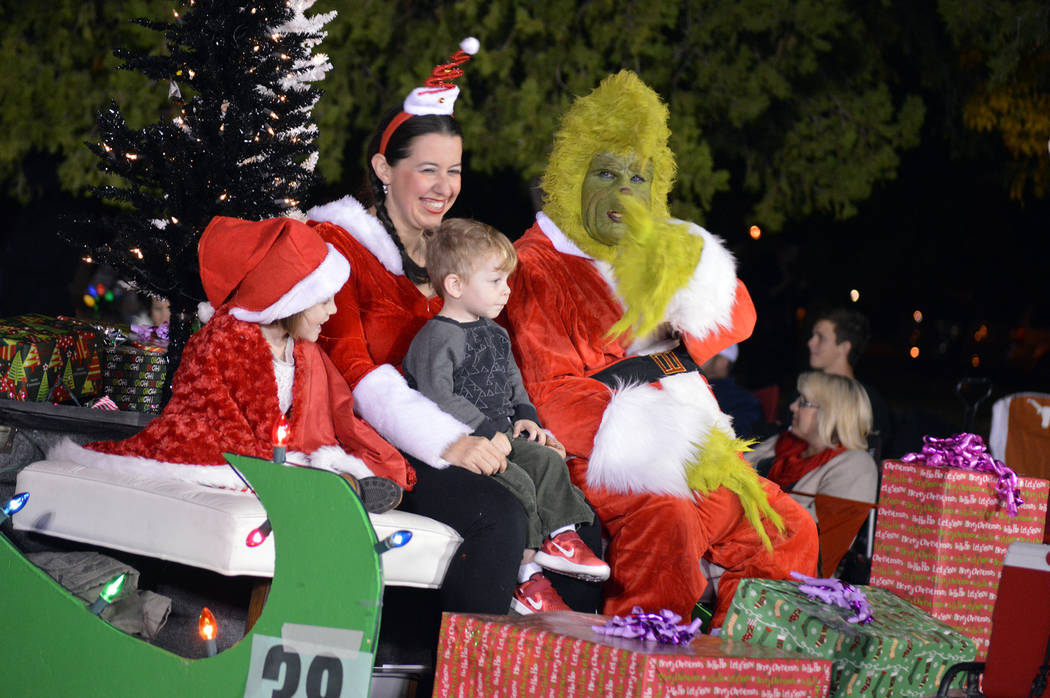 This year’s Santa’s Electric Night Parade in downtown Boulder City lit up the town and sparked the Christmas spirit for those who attended.

The parade, put on by the Boulder City Chamber of Commerce, featured floats, bands, music, entertainment and a visit from special guests, Santa and Mrs. Claus. It was the capstone of the weekend’s Christmas celebration and came after three days of celebrations in town.

“The parade was great and lots of people (attended),” said Jill Rowland-Lagan, CEO of the chamber of commerce. “More than ever. Businesses were jammed, which is perfect!”

Locals and people from throughout the Las Vegas Valley came Saturday, Dec. 2, to watch and participate in the experience.

Hall, who lives in the Centennial Hills area, said she enjoys that the parade is not in Las Vegas. She, her sister, son and nephew come every year to enjoy the change in scenery.

“I just love the small-town Boulder City,” said Cindy Wunderlich, who enjoys going to the parade with her two small grandchildren.

“We take our kids every year,” said Jamie Crain.

Crain’s 18-month-old son, Cayden, said he was excited to see the lights.

“He hasn’t been old enough to appreciate it before, and he really likes lights,” she said.

In addition to the lights, children enjoyed other things about the parade.

There were 90 entrants, including several with multiple vehicles. Rowland-Lagan said several had more than 20 and one entry had 40.

The parade also featured a contest for all of its entries with winners chosen from each category. Each winner received a certificate from the chamber as well as a gift certificate to a local chamber member business.

Third place: I want a hippopotamus for Christmas