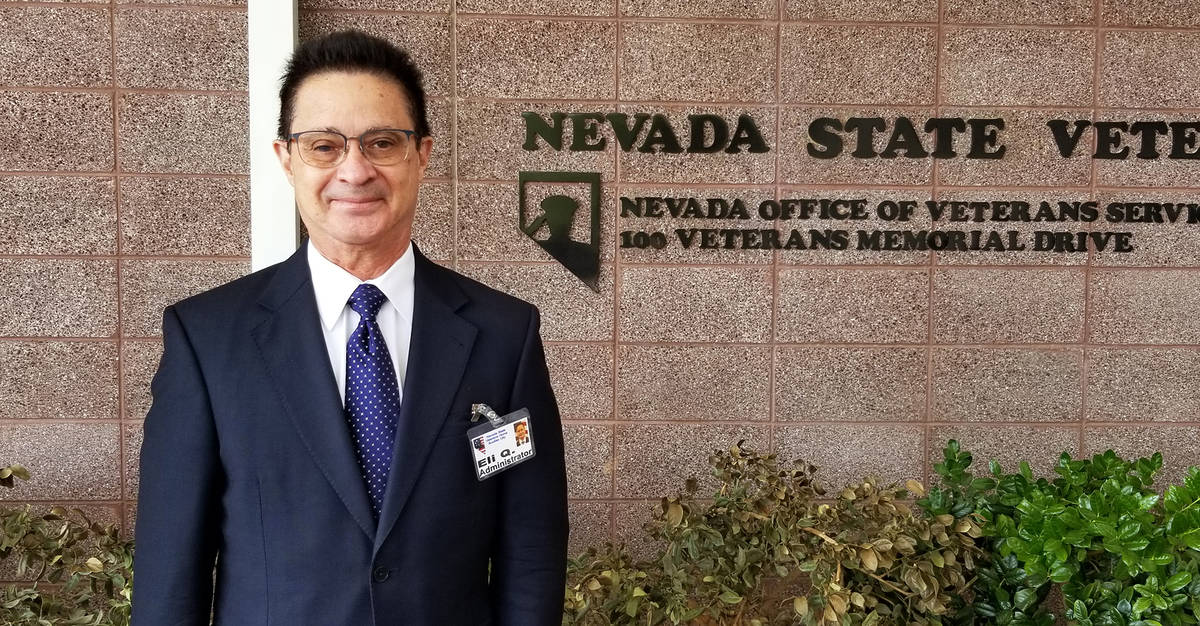 (Celia Shortt Goodyear/Boulder City Review) Eli Quinones is the new administrator of the Southern Nevada State Veterans Home in Boulder City. He started his position May 1 and replaced Linda Gelinger, who retired after 51 years of service.

The new administrator of the Southern Nevada State Veterans Home has spent more than 30 years working in the long-term care industry and helping people.

He said he plans to continue do that here so the local facility and number of opportunities for the community can grow.

Quinones was appointed to replace Linda Gelinger as administrator after she retired in May.

He is from Puerto Rico and moved to California 40 years ago. When he was in Puerto Rico, he said he was very involved in his church and enjoyed helping the senior citizens there. After coming to California, he was able to take that enjoyment and turn it into a career in long-term care.

“In California, I had a friend who helped me navigate the (long-term care) industry,” he said. “I knew it was my call.”

He worked for more than 30 years in different facilities, as well as being involved with the Los Angeles community through the chamber of commerce and other organizations.

“That’s my goal here, too. … I think being involved in the community is important,” he said.

For the Boulder City community, Quinones said he is in the process of opening an academy for certified nursing assistants at the veterans’ home.

“One of our biggest challenges is staffing,” he said. “We would like to open the academy and train nursing assistants who live in Boulder City.”

He said the academy would help fulfill his ultimate goal for the facility to become a learning nursing home as well as supporting the staff and bringing more health care and work options to the area.

He said he also wants to connect with the school district so the veterans can tell their stories to the students.

Due to the COVID-19 pandemic, however, those plans have slowed down, but Quinones is hopeful they will come to fruition when it’s over.

He and his wife, Elisabeth, moved to Southern Nevada from California in 2015 when he retired. He said at that time, he just wanted to work part time. So he worked as a bartender, restaurant worker and other jobs in the hospitality industry for approximately three years.

“I was having a blast, but I felt like something was unfulfilled in my life,” he said.

That feeling prompted him to look at getting back in the long-term care industry. This time, however, he wanted to work in Nevada.

Unfortunately, he could not find a job and worked in Washington for 10 months before he was contacted about the position at the veterans’ home.

“I used to come here on weekends just to have a glass of wine at Milo’s. … I thought, Oh my goodness. This is a dream come true,” he said.

Quinones said he enjoys working out when he isn’t working. He is also a trained pianist and loves tango music.

He and his wife have two grown sons. One is a longtime member of the U.S. Air Force and the other is a deputy sheriff in Orange County, California.