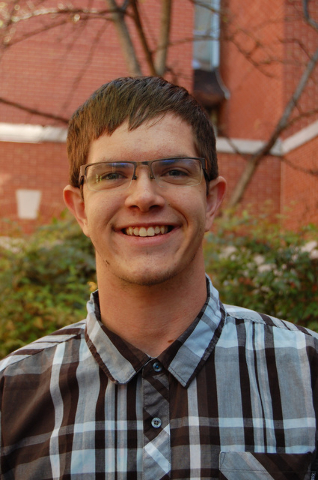 Boulder City native Patrick Vallely, an honor student at the University of Oklahoma in Norman, is one of three students at the university who has been named a 2016 Goldwater Scholar. The scholarships are awarded on the basis of potential and intent to pursue research careers in mathematics, the natural sciences or engineering.

Vallely, a National Merit Scholar, is a junior majoring in astrophysics with a 4.0 grade-point average. Since 2014, he has worked on several projects with Dr. Edward Baron, a George Lynn Cross research professor of physics and astronomy, most recently examining a small group of unusual supernovae. His earlier work with Baron resulted in co-authorship on one paper and first authorship on another that has been submitted to the Royal Astronomical Society.

Last year, he received a Research Experience for Undergraduates grant and worked with Dr. Ian Sellers, an assistant professor of physics and astronomy at the university, on the group’s spectrometry system. In addition, he developed a solar cell computer model which resulted in co-authorship on a paper that has been published in Solar Energy Materials and Solar Cells.

Vallely received a second Research Experience for Undergraduates grant for this summer and will conduct research in astrophysics. After obtaining a Ph.D. in astrophysics, he plans to focus his research on Type Ia supernovae and teach at the university level.

Vallely is a 2013 graduate of Boulder City High School, and the son of Bob Vallely and Bridget Edwards.