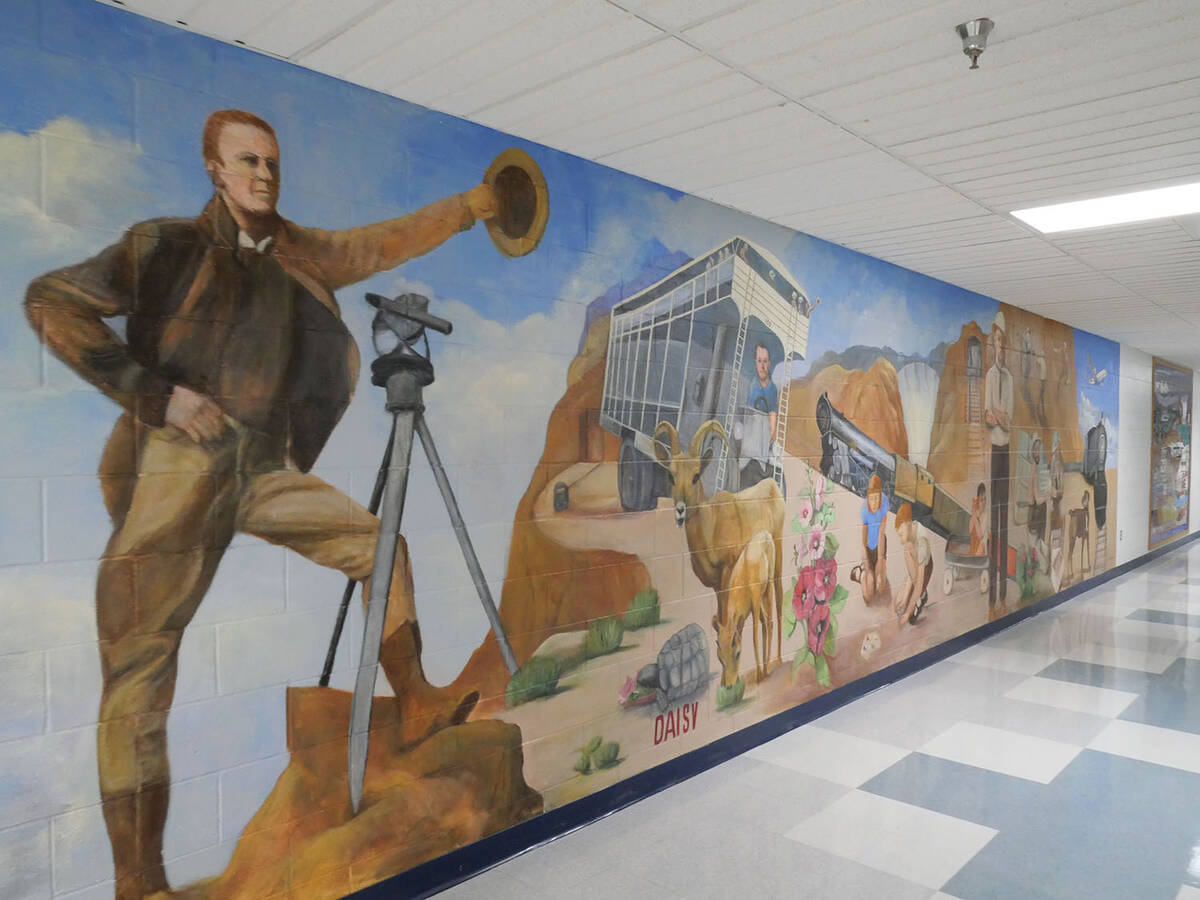 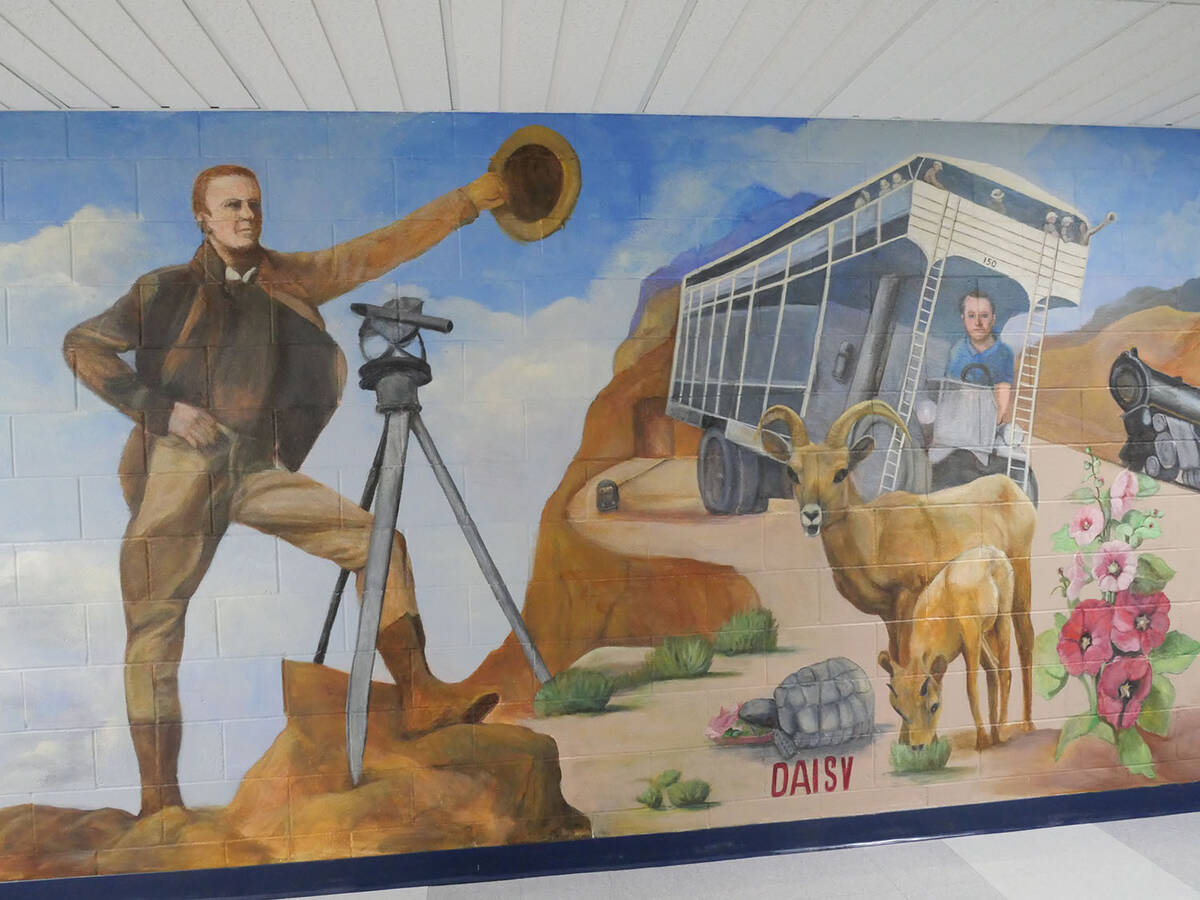 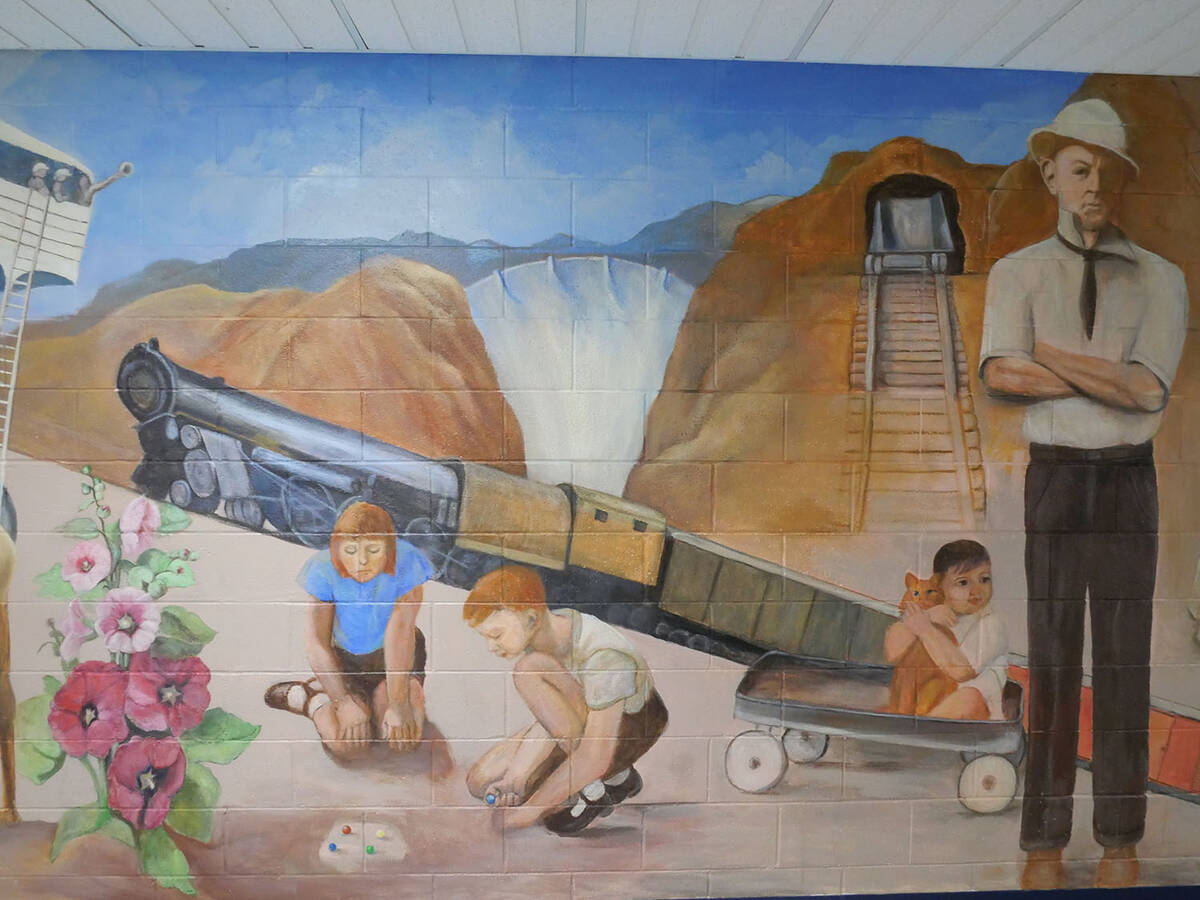 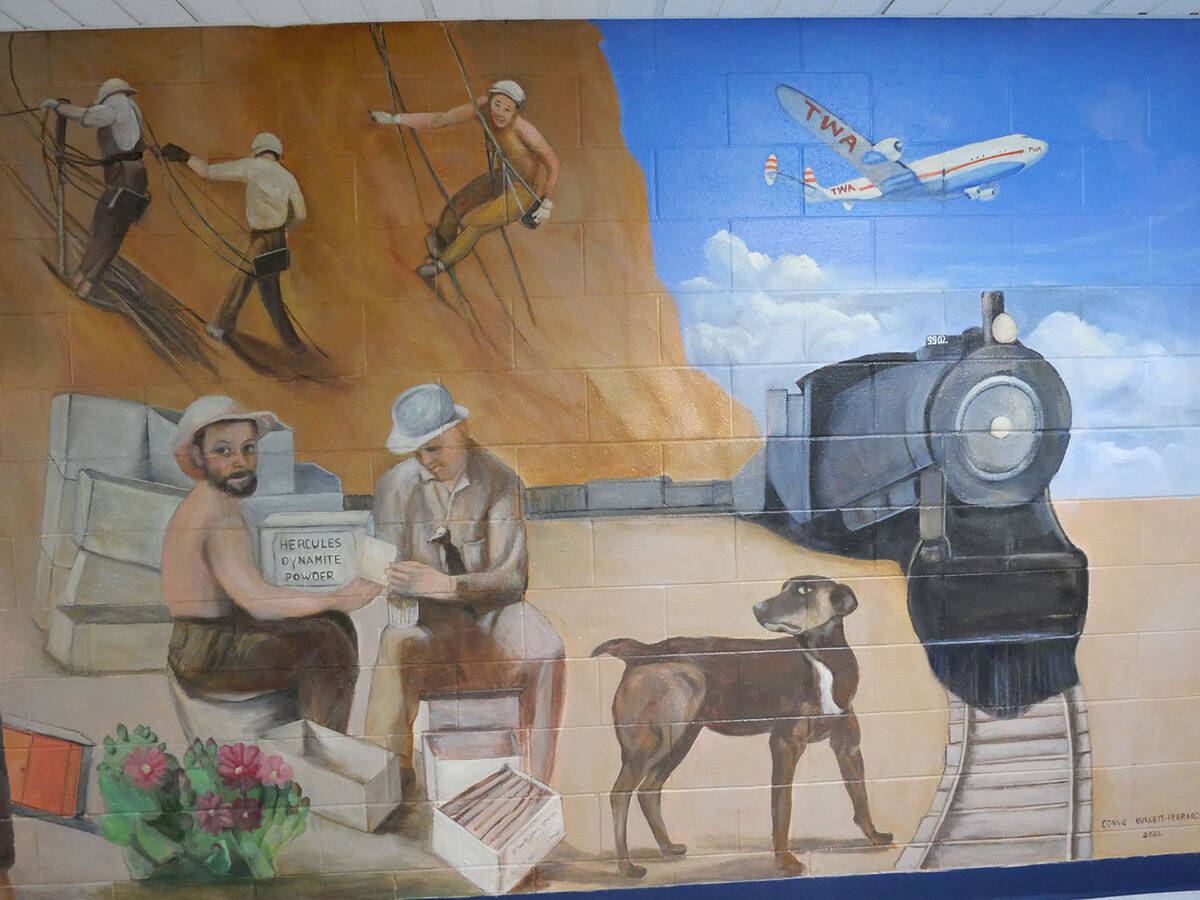 The project took four months to complete with funding provided by the school and Boulder City Community Club. Principal Jason Schrock simply called up Ferraro as he was looking to liven up the walls, which were recently painted white.

Ferraro and Schrock say that having such a historic painting in an elementary school is key in teaching younger generations about Boulder City’s history. Ferraro stated that Schrock requested that the Hoover Dam and railroads be featured in the painting as they are two of the most notable historical things about Boulder City.

“A lot of the kids didn’t know about a lot of the things I painted up. I don’t know if they have history classes or what,” Ferraro joked.

Ferraro worked on the painting for a couple of hours a day, and sometimes on the weekends, with kids often stopping by to visit.

“The kids really loved watching the painting progress. They were excited about what was coming next and liked it very much,” said Ferraro.