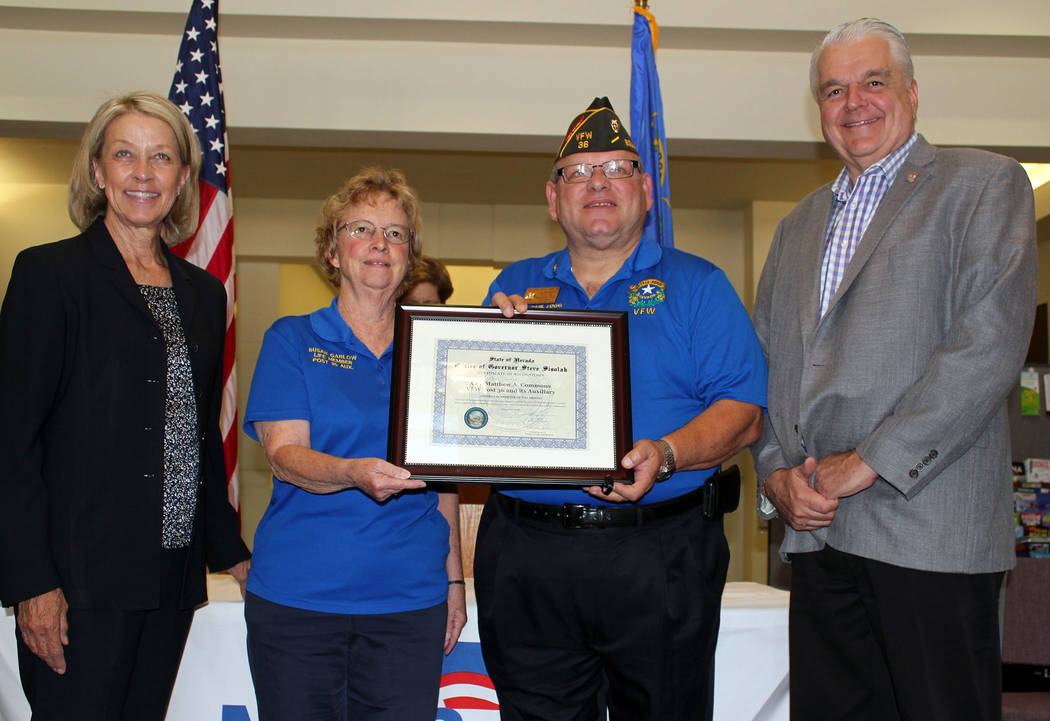 The members of Post 36 includes veterans, their spouses and other relatives.

According to Fogg, the group is very active at the Southern Nevada State Veterans Home and in communities throughout the area, including Boulder City. Its honor guard also performs flag presentations at veterans’ events and funerals.

“Our post is involved in quite a bit,” he said.

Each year it also provides $2,500 in scholarships to Boulder City High School seniors and helps judge essays written by sixth- through eighth-graders, submitted through the Patriot Pen VFW contest. The members are also involved with the Naval Operational Support Center Las Vegas. Fogg said the post organizes the center’s holiday party and helps several U.S. sailors who are in need each holiday season.

“I’m very proud to be commander of the post,” Fogg said.

According to the Nevada Department of Veterans Services at the program recognizing both posts, Sisolak praised the group and said one of the highlights of his month is to honor veterans and their supporters.

The local post is named after Commons, who graduated from Boulder City High School in 1999. He was killed in action in Gardez, Afghanistan, during Operation Anaconda in 2002. His helicopter went down during a rescue mission. He is buried in Arlington National Cemetery.