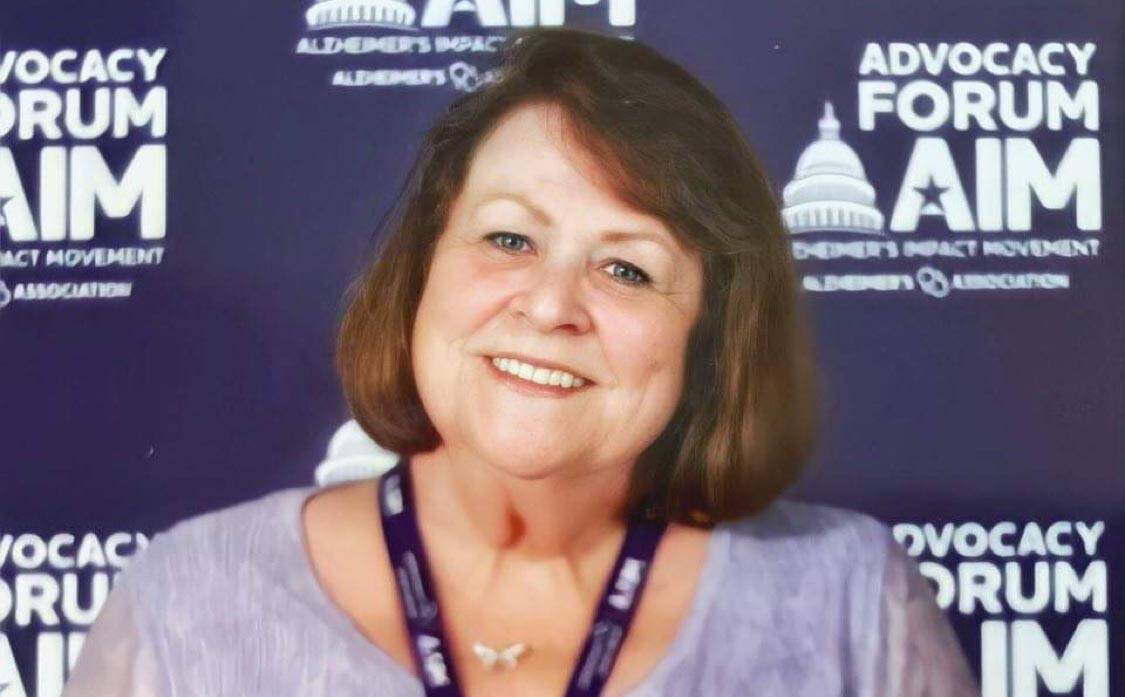 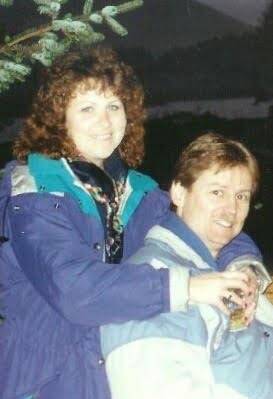 Moore Peterson, a retired teacher, devotes most of her time to helping families who have a relative with Alzheimer’s disease and advocating for more resources and research for them.

She said she doesn’t want others to go through what she did and is eager to help.

She and her late husband, Drew Peterson, were living an idyllic life. She was teaching and he was a commercial pilot. Then, when he was in his 40s, he began having memory and cognitive issues.

By the age of 47, he had to quit flying and was diagnosed with early onset Alzheimer’s disease. He died May 1, 2014, two weeks after his 58th birthday.

The Boulder City resident had to quit teaching to take care of him and found herself dealing with many situations where she had nowhere to turn for answers.

Since her husband died, Moore Peterson said that she has devoted her life to helping others deal with the diagnosis and raise awareness of the disease. She is a full-time volunteer for the Alzheimer’s Association, Desert Southwest Chapter, as well as an advocate.

She shares what Alzheimer’s disease looks like, how it impacts families and communities, and what resources are available.

Moore Peterson said she also wants those diagnosed with the disease and their caregivers to know they are not alone.

The support groups are a “safe place to discuss issues,” she said, adding that until you have gone through the experience of caring for someone with Alzheimer’s you don’t fully understand the disease.

Moore Peterson said memory issues often start with people having difficulties at work, which can lead to them getting fired and losing their insurance, which complicates getting care.

Recently, she traveled to Washington, D.C., to meet with members of the House of Representatives and Senate hoping to obtain additional funding for research programs.

“Basically, I was telling my story and why it was needed and how it would have helped,” she said.

She said the proposed Comprehensive Care for Alzheimer’s Act, which was introduced to Congress in April 2021, would streamline the process after a person gets an Alzheimer’s diagnosis. The program would coordinate care and services while restructuring the payment process through Medicare and Medicaid.

Moore Peterson said the act would make getting the necessary medical assistance easier for the caregiver and those who don’t have a caregiver.

She was also advocating for the Equality in Clinical Trials Act. While Hispanics and Blacks are 1 ½ and two times, respectively, more likely to get Alzheimer’s, they are underrepresented in clinical trials, she said.

In addition to raising awareness, Moore Peterson is hosting a fundraiser for the Alzheimer’s Association on Sunday at Beer Zombies, 567 Nevada Way. “You Bet Your Ice: Boulder City” will begin at 10 a.m. and continue until the ice is melted.

During the event, people will be invited to guess what time the ice will be melted and make a donation. Dangle and Dot, two women who are, according to Moore Peterson, “daring to do dementia differently,” will attend the fundraiser, as will Nancy Nelson, author of “Blue, River, Apple: An Exploration of Alzheimer’s Through Poetry.”

Moore Peterson also will be able to answer questions and provide information about resources in the community during the event. She encourages those attending to wear purple to show their support.

Additional information about the fundraiser is available at http://act.alz.org/goto/youbetyouricebc.

Not only does the Alzheimer’s Association help patients and their caregivers, it offers continuing education units for medical professionals. For more information, visit www.alz.org.