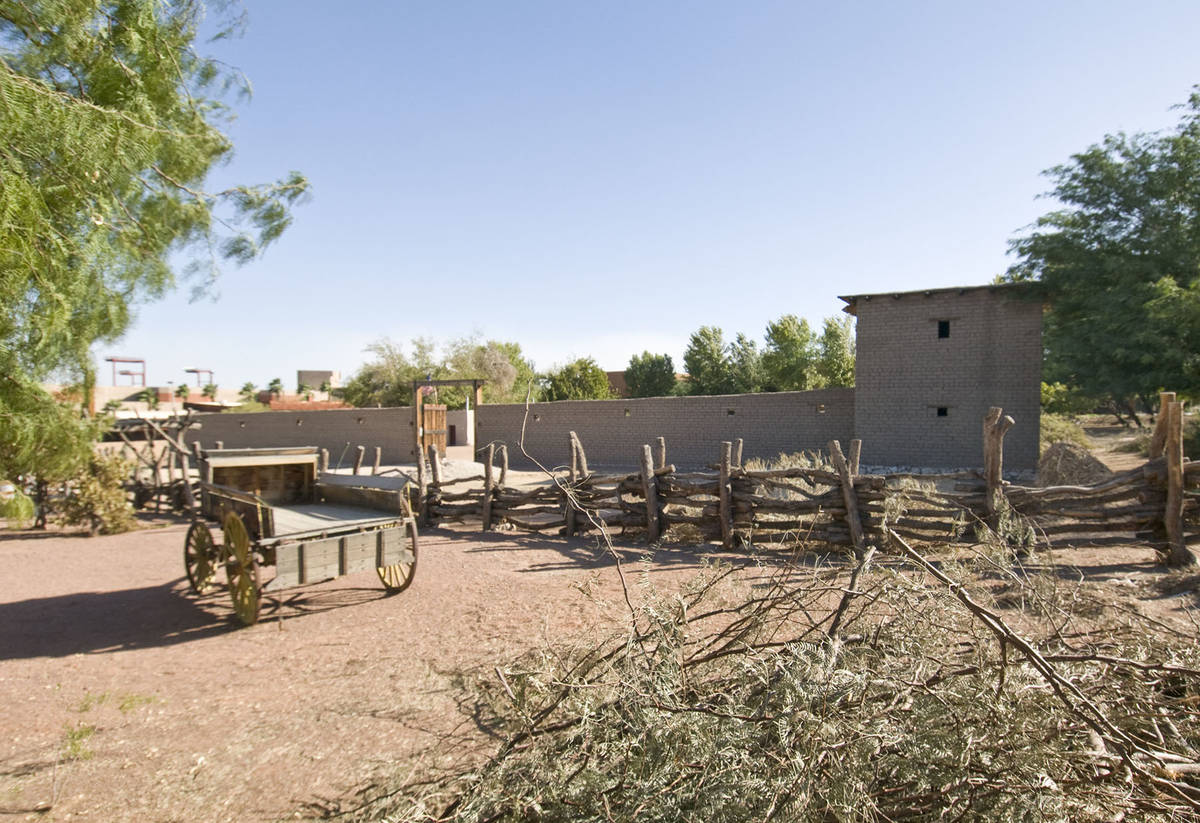 The first known celebration of Independence Day in Nevada took place at the now-historic Mormon Fort in 1855.

In the many tales of old Nevada, historians say the first Fourth of July celebration in the southern part of the state was in 1855. Pioneers going through the territory in earlier years on their trek west might have recalled the importance of the date, but did not stop to make a special celebration in observance.

Even famed Virginia City didn’t develop as a boomtown until the 1859 discovery of the Comstock Lode, the first major silver deposit discovery in the United States.

In 1855, the Las Vegas Guards, a newly arrived contingent from Salt Lake City in the Utah Territory, had come for the purpose of establishing a fort, Fort Mormon, investigating the possibility of opening lead mines in the area and protecting the U.S. mail. The Pony Express had not started yet, but it was only three to four years away.

A party of 30 men, under William Bringhurst left Salt Lake City on May 10 at the direction of Brigham Young with orders to develop the area around the clear waters of the Las Vegas Spring that flowed nearby. Their trip to the valley was not easy, having to endure the hardships of travel in those days and a continual lack of water for man and beast. But they did arrive on June 14, quite exhausted.

After a day or two of rest, the group erected temporary shelters and began to lay out farm plots, dig ditches and begin work on an adobe fort building. In the meantime, others were sent into the nearby mountains to scout for timber.

Following evening prayers on July 3, the group decided to form a military company, promptly elected officers and chose John Steele as captain. He had been a member of the Mormon Battalion for a short time during the Mexican-American War from 1846-1848.

At Las Vegas, Steele helped set up a fort and started a garden. In 1856, he took over as postmaster and was asked to preside over the Las Vegas mission.

The group there also decided to observe Independence Day. Only California to the west was a state in the union at the time, but all wanted to make a July 4 observance anyway.

Historians have the written account of Capt. Steele as to how the program was followed on July 4. His journals and notebooks are preserved at the Harold B. Lee Library at Brigham Young University in Provo, Utah.

Steele recorded that for lack of a cannon, a rifle salute was given bright and early in the morning. Unexpected, it startled all who heard it, unaware it was going to occur. Don’t sonic booms from planes at Nellis Air Force Base do that now?

Organized small groups went to work. One group tore up blue and white cloth and red flannel for a makeshift homemade flag. How the stars of the 32 states in the Union at the time were included is not told, but Steele says they had some. A flag pole was fashioned by “lashing together a wagon tongue, a mesquite stump and a tall willow pole, reaching to a length of 30 feet.”

At 2 that afternoon, the program put together by various small committees was ready. Bringhurst opened with prayer, the liberty flagpole was raised and the flag unfurled in the afternoon breeze.

Was it hot at Mormon Fort that day in July? Probably. A rifle volley was fired, cheers and hurrahs yelled out and “everyone repaired to the bower (a shady area under some trees) and joined together in a round of patriotic songs.”

Bringhurst gave a short speech honoring the Constitution. Other short speeches were made, as were various toasts.

It is reported Capt. Steele made a spirited oration on the Declaration of Independence and the observance was closed with prayer. Steele also noted that “not one disorderly or drunken man was seen.”

By 1858, Fort Mormon was abandoned, but was reopened at the outbreak of the Civil War in 1861 when troops from California were ordered to the old fort and established it as Fort Baker.

Today, Old Las Vegas Mormon Fort State Park, at the corner of Las Vegas Boulevard and Washington Avenue, is on the National Register of Historic Places.

July 4, 1855, in Las Vegas. What sort of a day was it? A day like all days, filled with those events that alter and illuminate our lives.

(Adapted from a story by Harold’s Club, 1952 and the John Steele Collection, Brigham Young University)