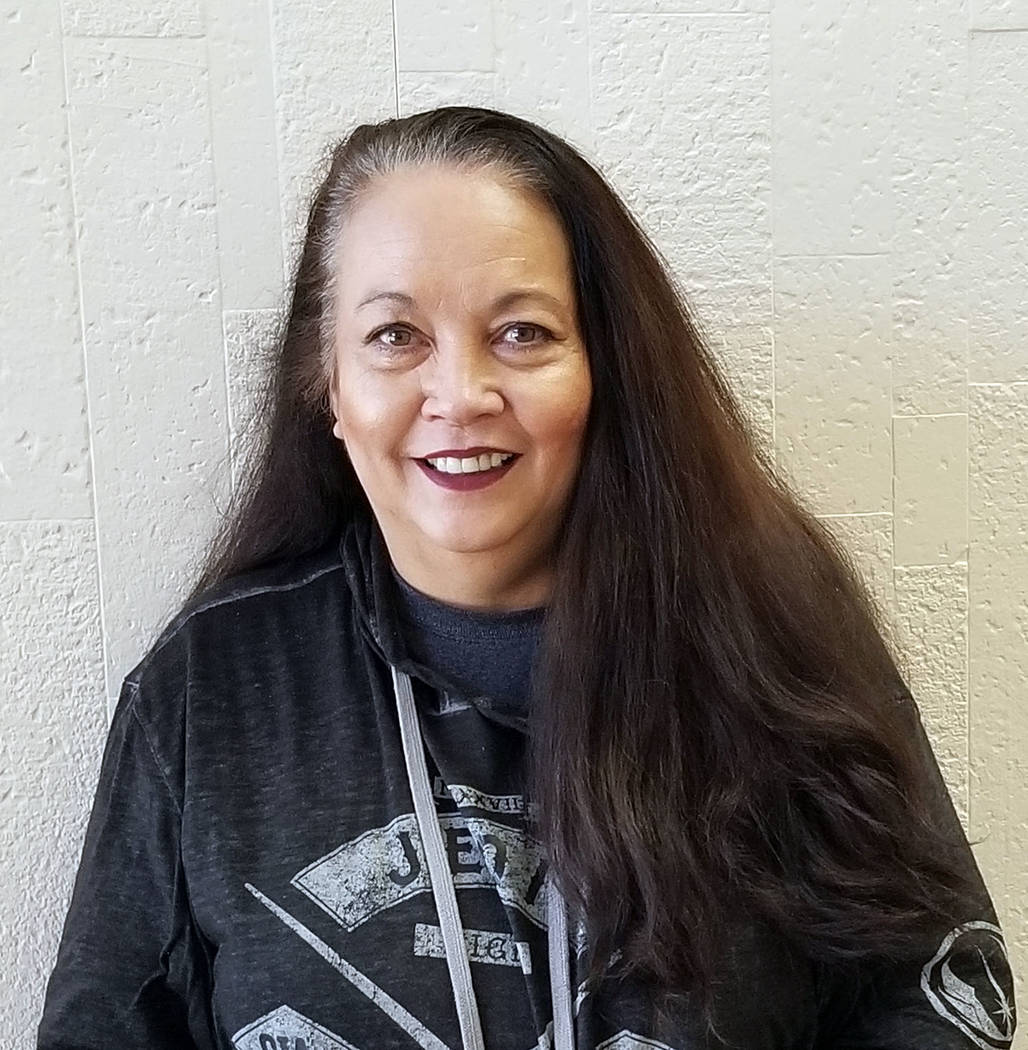 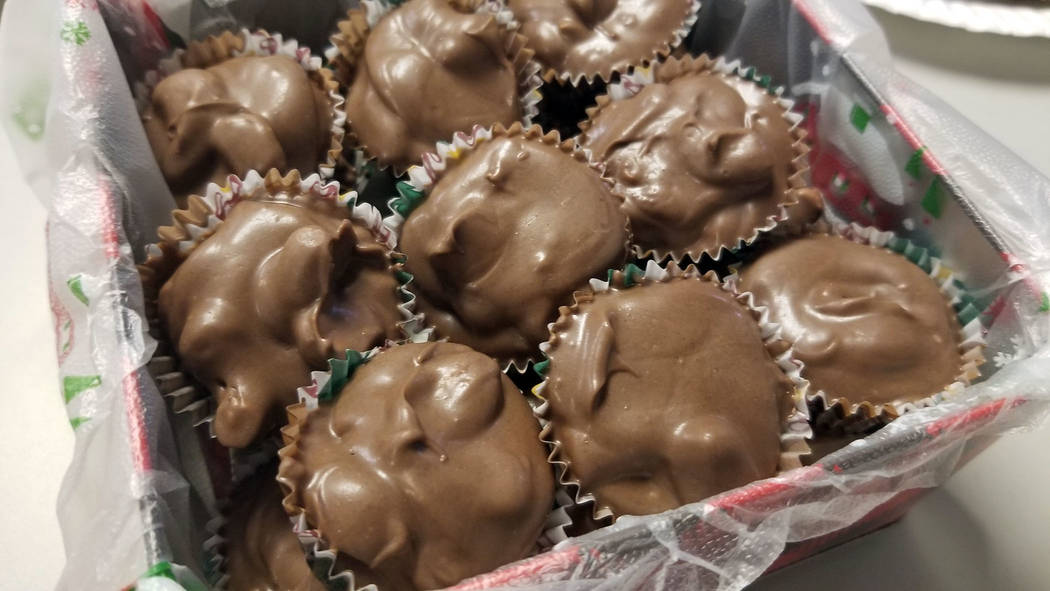 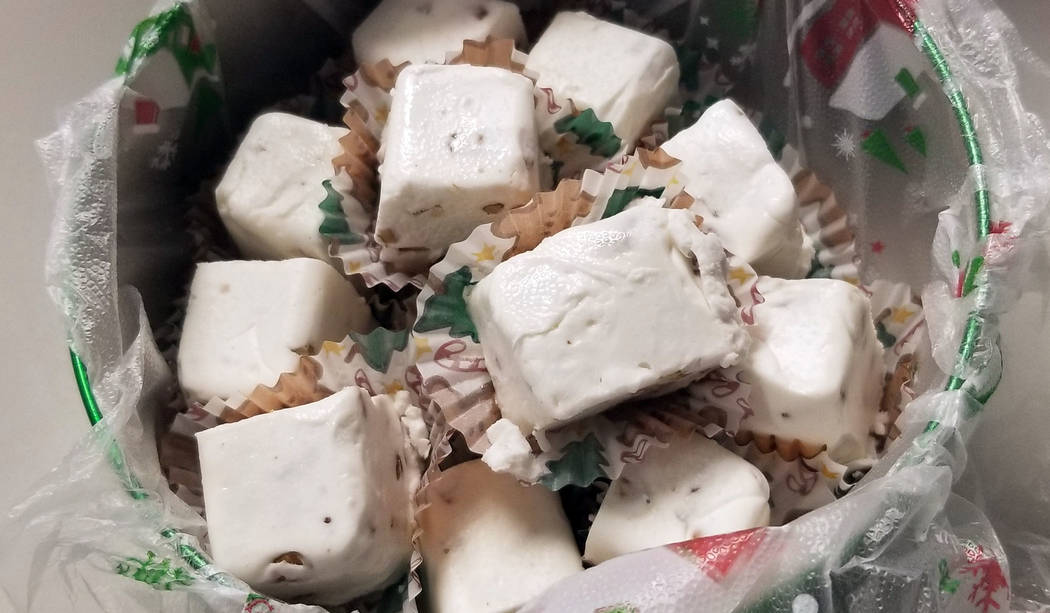 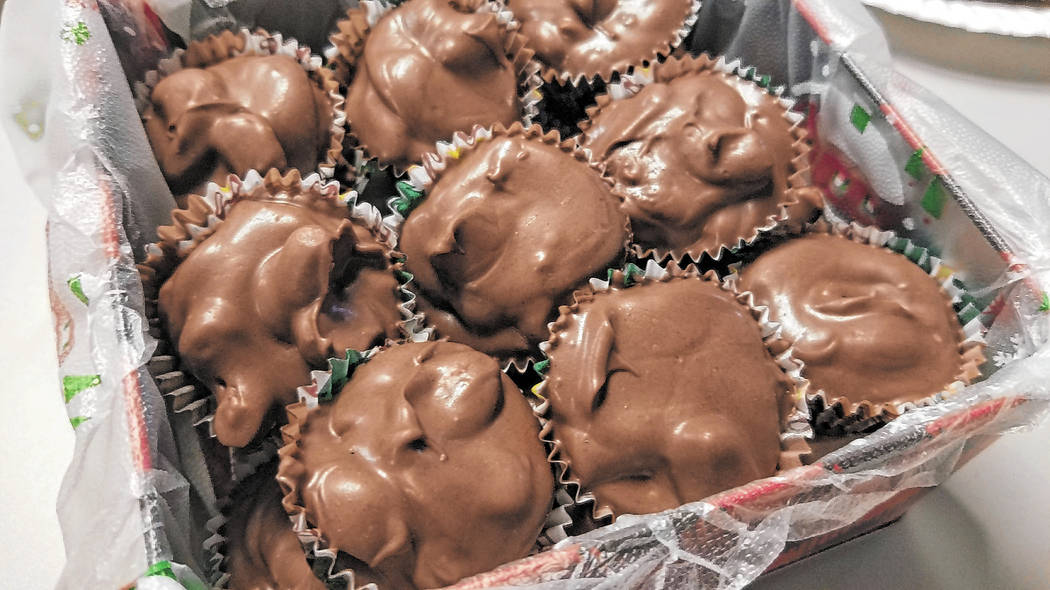 This year is the first that the contest had a separate candy category.

Hull lives in Las Vegas and worked in Boulder City for 10 years before getting a new job. She said she still follows the paper on social media and found out about the contest that way.

“I was very excited about it,” she said.

Hull has been making treats for a long time and first started baking with her sister when she was 8 years old.

Every year, Hull makes at least two dozen tins of candy to give out to friends and family.

“I collect them (tins) all year round, so I can give them out every year,” she said. “It’s part of the love thing.”

As to how she makes the candy, Hull said she takes recipes and then tweaks them to her tastes and textures.

“I hone it to perfection,” she said.

For the Christmas Cashew Clusters, Hull said she liked to make turtles, but the caramel was too sweet and the almonds were too hard. So she turned into cashews and chocolate.

She said she makes the Heavenly Christmas Divinity for those people who don’t like chocolate.

“I really get a lot of joy out of making something out of my heart and with my hands rather than purchasing something,” she said.

Her favorite thing to make is actually her peanut butter fudge, which is one of five types she makes. She said the recipes for those treats are secret.

The clusters can be made on the stovetop in a double boiler instead of a slow cooker. It will reduce the time to make by approximately 10 minutes. They can also be dropped onto wax paper instead of prelined mini-cupcake tins. It will be more of a turtle type dessert.

Place marshmallow crème in a large glass or heat-resistant bowl.

Place the sugar, salt and water in a saucepan and bring to a rolling boil over medium high heat (two minutes at a rolling boil). Remove from heat.

Pour the boiled sugar mixture over the marshmallow crème and beat together with a wooden spoon until mixture becomes dull (instead of glossy or shiny). Add chopped pecans.

Pour into greased 8-by-8-inch baking sheet (or lined with parchment paper). Smooth over with back of spoon. Sprinkle confectioner’s sugar over the top. Let cool. Chill in refrigerator. Cut into 1 inch squares. Serve and enjoy.

This recipe can be used using a drop method. Take a tablespoon of candy mixture and drop onto wax paper using two spoons to a round (cloud) shape.