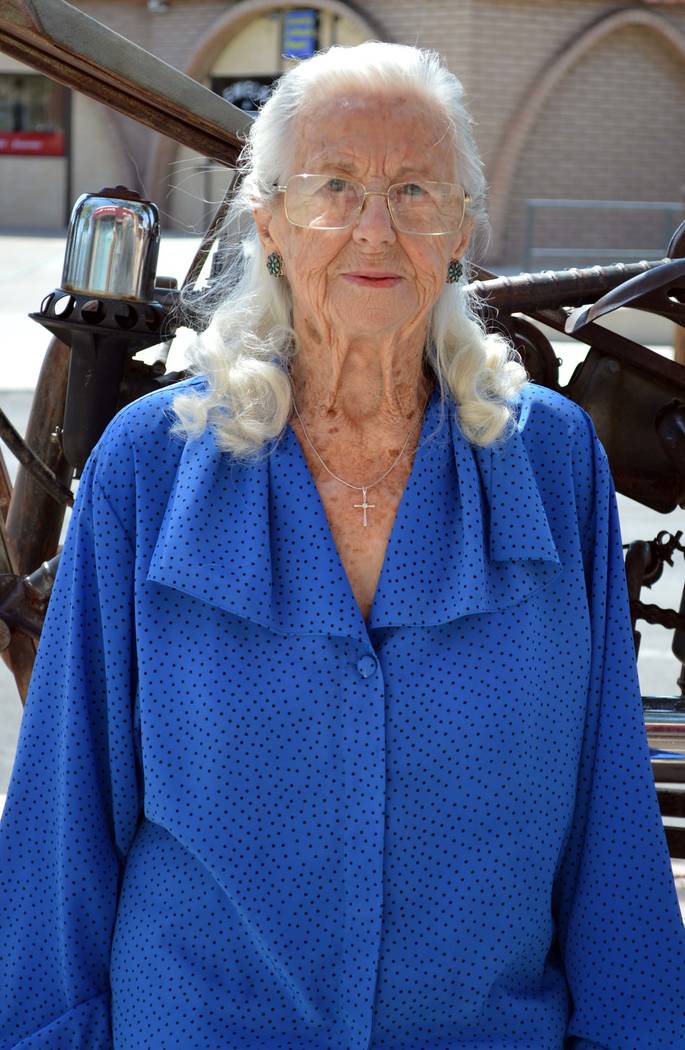 Celia Shortt Goodyear/Boulder City Review Boulder City resident Ruth Taylor has spent her life serving others. At 93 years young, she served in World War II, was honored by the Department of the Interior, and currently is chaplain for Boulder City's American Legion. 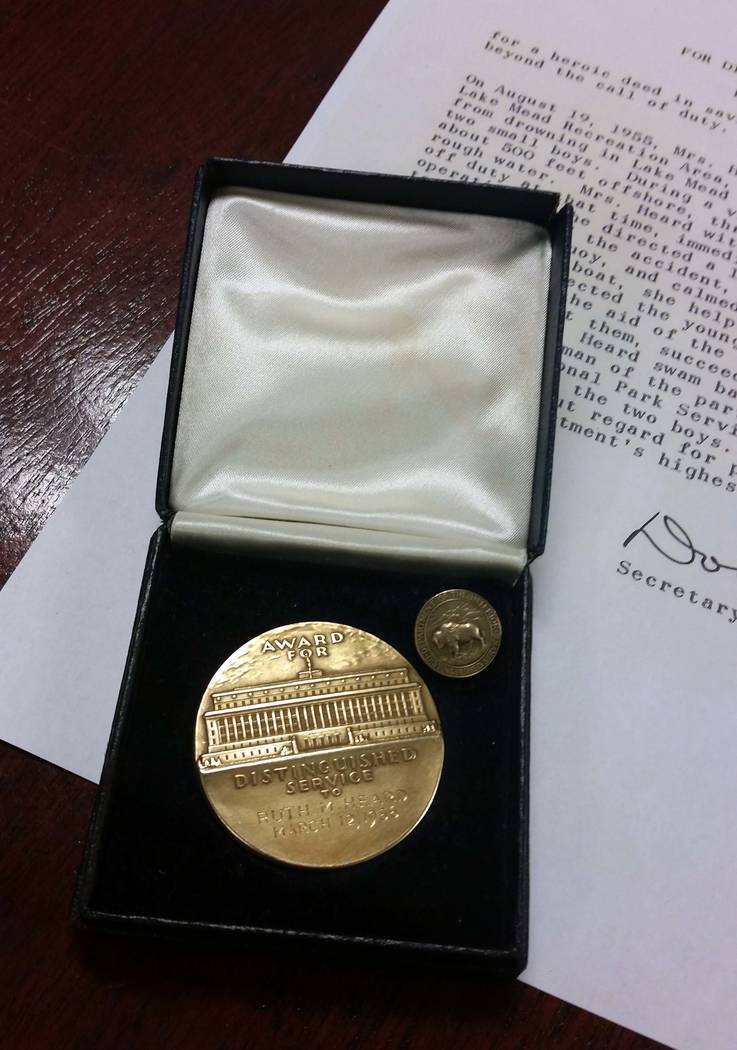 Celia Shortt Goodyear/Boulder City Review The Department of the Interior awarded Ruth Taylor its highest honor for a heroic deed in saving two lives at personal risk beyond the call of duty. 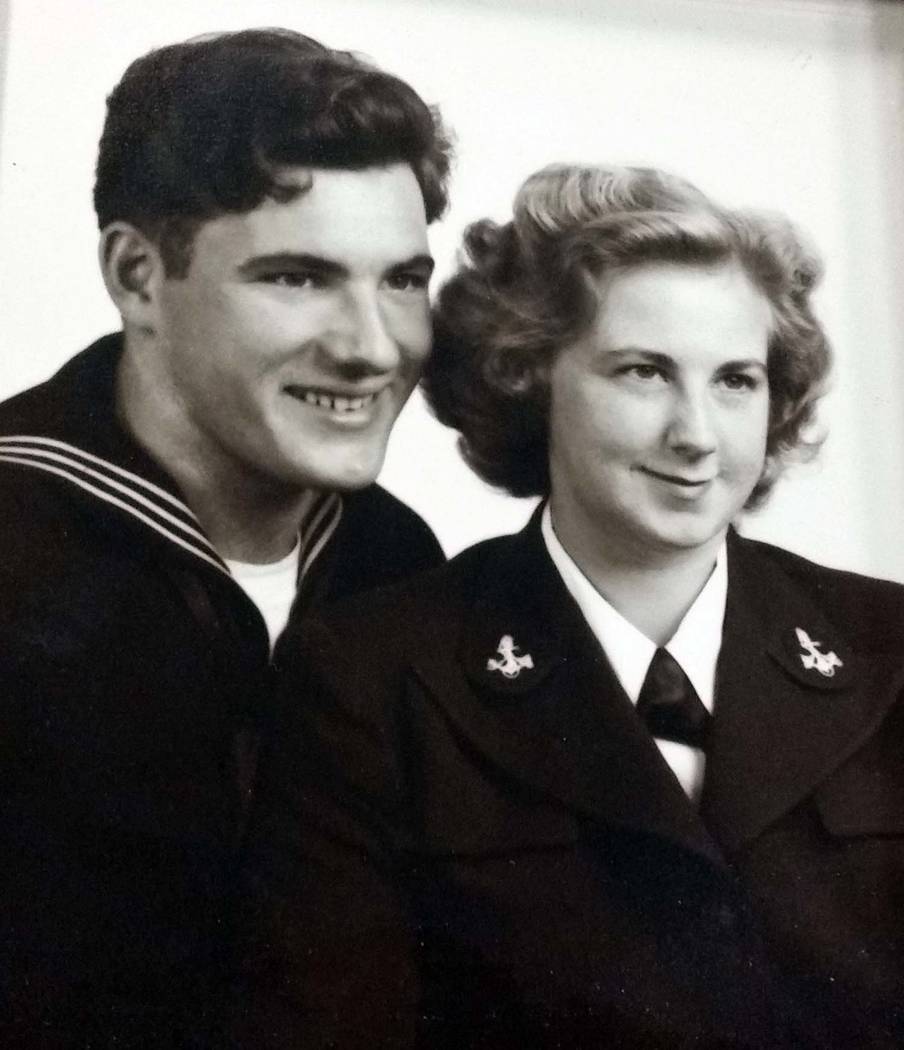 Ruth Taylor Ruth Taylor and her first husband, Richard Heard, met and married while they were in the service. They had three children and were married for 23 years before he died. 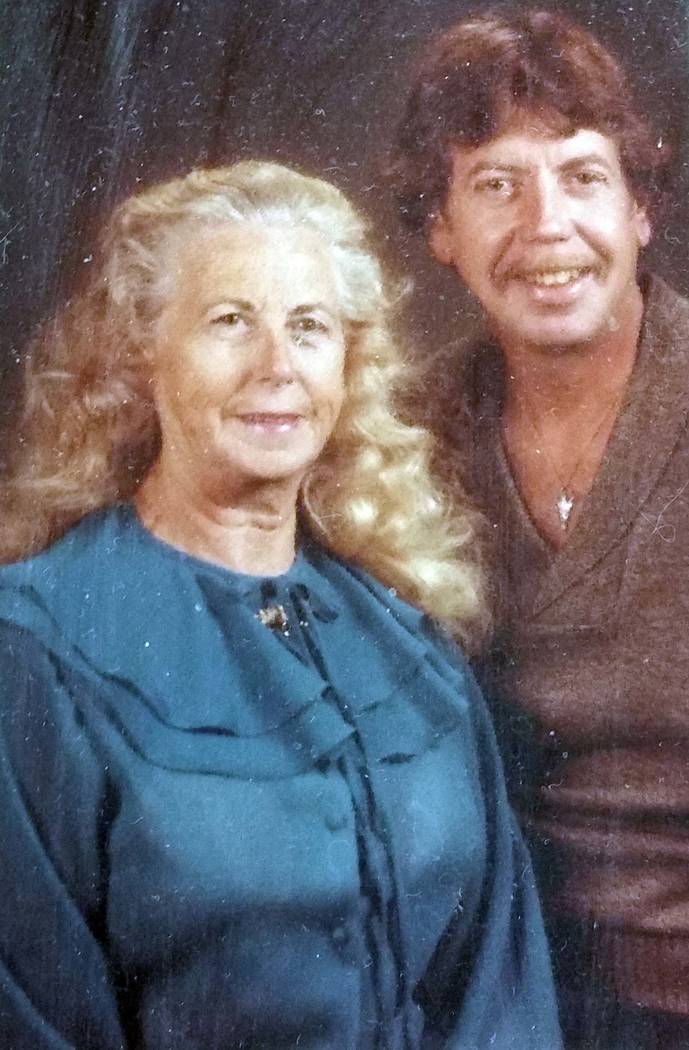 Ruth Taylor Ruth Taylor and her second husband, John Taylor, were married for 28 years before he died 20 years ago.

Boulder City has a storied history of those who have done great deeds for others and gone beyond the call of duty.

One of those is longtime resident Ruth Taylor, who served in World War II and later received the Department of the Interior’s highest honor for saving the lives of two women.

Before joining the U.S. Navy in the 1940s, Taylor said, she went to California and became Rosie the Riveter, but she wanted to do more.

“I figured I wasn’t doing enough,” she said. “I wanted to do my part. My father was in the Navy, so I wanted to join.”

She did in 1942 and became an aviation instrument mechanic and worked with everything inside the plane’s cockpit.

Being a woman in the military in the 1940s was, at times, intimidating and difficult, but not for Taylor.

“At first we weren’t accepted by the men,” she said. “We were once we proved our worth. We did our job just like they did.”

Taylor was in the Navy from 1942-1945 and worked with men and women during that time. She even met her future husband, Richard Heard, an engine mechanic.

“We married in the service and then decided to leave,” she said.

She and Heard had three children and settled in Wisconsin for a while. One of their sons was croupy and needed a drier climate, so they moved west. They tried to move to California and on the way drove through Boulder City. Taylor said they were impressed with it, so they moved here in 1953, and she began working as a seasonal employee for Lake Mead National Recreation Area to earn money to get settled.

She became a lifeguard because she was Red Cross certified.

“It automatically made me a supervisor over the other guards,” she said.

On Aug. 17, 1955, after she was off duty at work, there was a violent storm, and Taylor saw a small boat capsize approximately 500 feet offshore. All five of the people aboard the boat were thrown into the rough water.

Even though she was off duty, Taylor took control of rescue operations. She directed a lifeguard to take a paddleboard to the accident site and then swam unassisted to two boys who were clinging to a buoy in the water.

She calmed and reassured them and then swam to the capsized boat, helped one woman onto the paddleboard and directed the younger one to cling to it. Taylor, another lifeguard and a ranger then took them to safe ground. After that she swam back to the boat and stayed with a man from the party, who was clinging to the vessel, until a National Park Service patrol boat came and picked up the man and the two boys who were holding on to the buoys.

“In recognition of her great courage without regard for personal safety, Mrs. Heard is granted the Department’s highest honor, its Distinguished Service Award,” said Secretary of the Interior Douglas McKay in the citation presented to her on March 12, 1956.

After receiving the award, Taylor and her family left Boulder City, but she did not stop serving the community.

“He convinced me to take up flying, so I became a private pilot,” she said of her second husband’s request. “I did that for four years. My teenagers were real happy for me to take them flying.”

“Both my husbands were good, hard-working men who died too soon in their 50s,” she said.

After her second husband died 20 years ago, Taylor moved back to Boulder City, where she has stayed and become a part of American Legion Post 31. Currently, she serves as its acting chaplain.

“I try to not take anything on officially and help out where I can,” she said.

One reason Taylor started helping veterans was to welcome them back to the community.

“It can be the hardest thing for them … and for those who see action, it can be even harder,” she said.

As a veteran, Taylor was on the first Honor Flight out of Las Vegas in May 2013. She was one of five women and 29 veterans to be on that trip.

“That was really an honor,” she said.

The Honor Flight Network is a nonprofit organization that provides an all-expenses-paid trip to Washington, D.C., for veterans so they can visit the memorials dedicated to their service and sacrifices. It operates all over the country and has a hub in Southern Nevada, Honor Flight Southern Nevada.

“Women in World War II, they changed the world for the rest of us,” said Dawn Walker, co-chairman of Honor Flight Southern Nevada.

Walker is also friends with Taylor and works with her at American Legion Post 31.

Walker said that Taylor is always encouraging friends, veterans and other community members through life, and that’s what makes her a good chaplain.

“Not only is she a good veteran, a patriot, she’s a good caregiver to family and friends. … She is probably one of the nicest women,” Walker said. “She was before her time. The obstacles that she had to overcome were a lot.”

For Taylor, the most fulfilling part of all the work she does is just the joy of helping others, which, at 93 years young, she plans to continue doing for as long as she can.