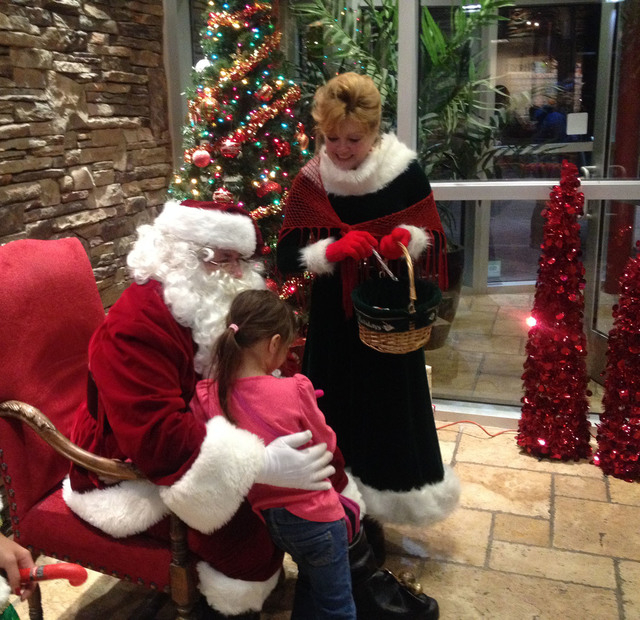 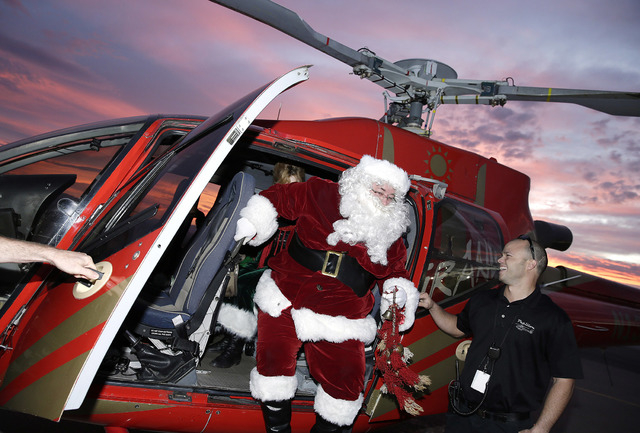 Little faces were pressed against the windows overlooking the landing strip of the Boulder City Municipal Airport as Santa Claus stepped out of a helicopter and surprised the children of St. Jude’s Ranch for Children on Dec. 11.

Flying in on an EC-130 helicopter, Santa put smiles on faces and elicited even a few screams from toddlers who were afraid of the jolly, bearded fellow as they took turns sitting on his lap before receiving a stocking full of presents.

Papillon Airways, the company that runs Grand Canyon tours from Boulder City, donated all of the presents for the event. Brooke Edlund, marketing manager for Papillon Airways, said the company had been in talks with St. Jude’s Ranch since the spring as the two worked out an arrangement for a Christmas surprise.

Edlund said Papillon had done similar events in years past at the Grand Canyon, but this year they wanted to give back to Boulder City.

“We felt because we were a larger employer here in Boulder City, and we really believe in this community, that partnering with St. Jude’s Ranch was the right thing to do,” she said. “We wanted to provide these kids with a positive and warm memory of the holiday season.”

Myesha Wilson, executive director of St. Jude’s, said the kids had no idea they would be seeing Santa. It’s part of what made the event so special, she said.

“Our kids are abused and neglected, and they don’t always get great fabulous Christmases,” she said.

“It means coming together as a family, breaking that cycle of abuse and neglect and showing them a different way to celebrate.”

As the 30 children talked about their Santa experience, as well as the goodies they got in their stockings, they noshed on pizza, hot dogs and cookies.

Not a frown could be seen in the crowd.