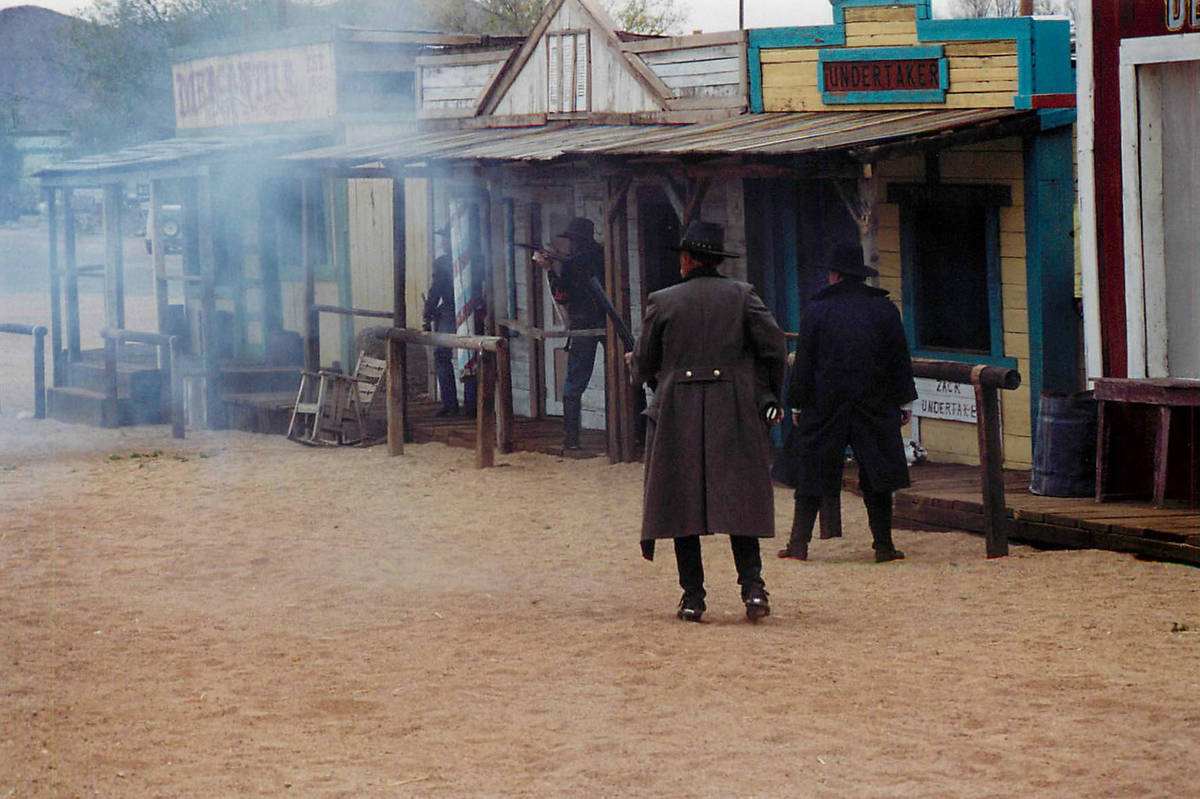 Gunfights, such as this re-enactment in Chloride, Arizona, were routine in Pioche in the early 1870s. 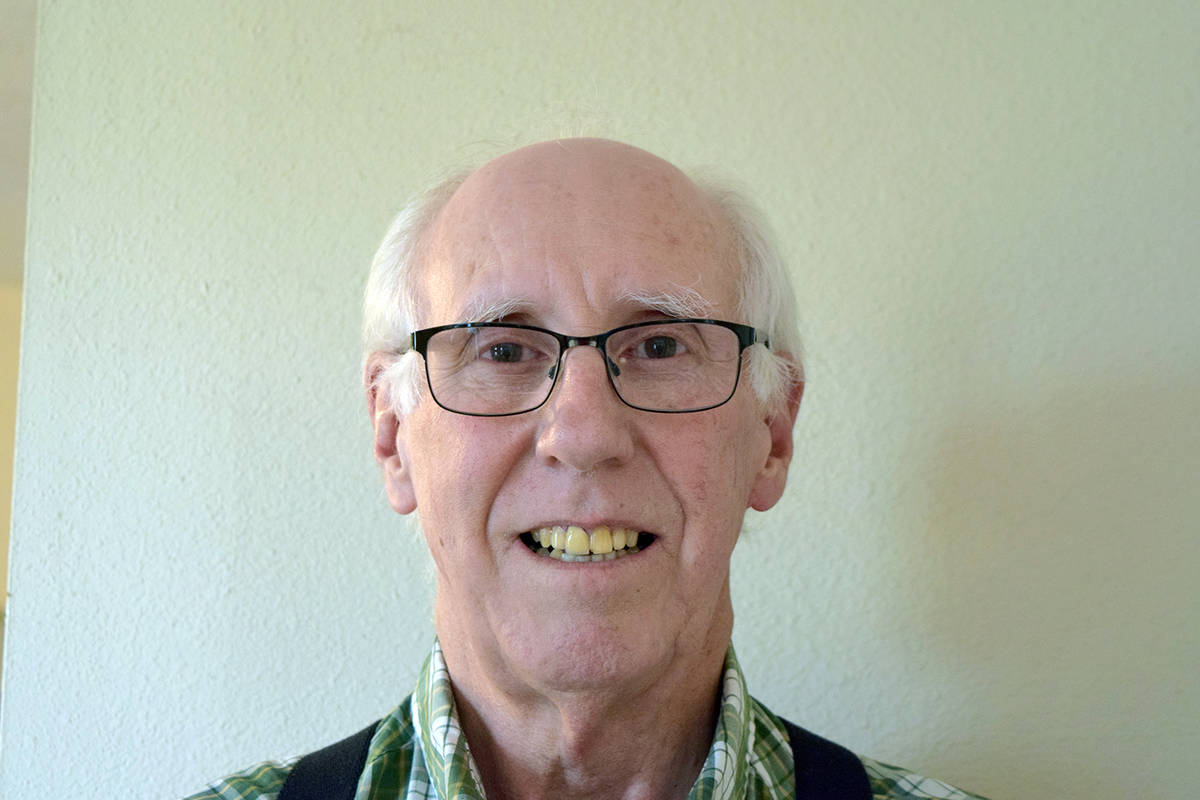 Today’s visitor to Pioche won’t see staged gunfights for tourists that some Old West towns or certain theme parks are known to exhibit. But there was a time in the days of yesteryear when the mountain mining town was a place full of gunslingers, back in its hectic, nearly lawless history of the early 1870s. And these weren’t staged for tourists; they were real.

It was reported nearly 60 percent of Nevada’s killings in 1871-73 occurred in Pioche.

Mine owners often employed hired guns to protect their mining claims from claim jumpers. Or, in other cases, gunslingers were brought in and they would do the claim jumping. That in itself is another good story.

As has been well noted, in old Pioche between 1870-73 historian Charles Sassar wrote, “the only law was the six-gun, and it spoke often.”

Some of the local guns were pretty fast draws.

(Side note: None of the gunslingers of the Old West would have had even the slightest chance against the late Bob Munden (1942-2012) of Butte, Montana. He was the world quick-draw champion for a number of years. He could hit two targets, 15 feet away and 10 feet apart, in 1/300th of a second. You can’t even blink that fast.)

In his book, “Law and Disorder in Pioche: Crime and Punishment in Lincoln County During the 1800s,” historian and author Leo Schafer tells of one hotshot fast gun who came to Pioche “looking for action, and never left.”

Confident, brash and quick-on-the-draw as any gunfighter thought he might be, lurking somewhere in the future would be someone who was always faster. A man had to remember that as the years.

Like many Western towns of the time, Pioche also had a Boot Hill, full of those who died in shootouts — or just plain murders — some with their boots on. Boot Hill is still there, and you can see a number of the wooden markers, badly weather-worn and most not even legible anymore. They are all in a long line, one after the other. The one for Morgan Courtney is the only one still partly legible.

As Schafer writes, most mining towns, and certainly Pioche, had a local top gun. He states, “Gunmen prided themselves on speed and a good aim. Had to be that way, the alternative could be most unpleasant.”

Notches on his gun indicated his reputation, and some had quite a few. Any of the gunmen who came to Pioche at the time were likely known gunfighters with a reputation gained in other places, a reputation which may have even preceded their coming to town. And some were even content to stay and make a living there.

“One day,” Schafer notes, “a stranger got off the stage and wandered around the town, visiting the booze parlors to see what he could see.”

Pioche had several dozen saloons at certain times, so it might have taken a couple of hours or more for “a look around.” He no doubt indulged himself with a drink or two.

The stranger finally asked about who the best local gunman was. “I hear you have a man who claims to be fast with a gun,” He too is fast, he boasted. “Too fast for anything that has come to Pioche. I can stop him. Where is he? Tell him I’m looking for him, and he better get out of Pioche before I meet him.”

News of such a direct challenge spread through the main street of town as fast as wildfire. The local top gun heard about it. Maybe it was just a bluff, but it wasn’t going to make anybody run away either. To the Pioche top gun, it was an offer he couldn’t refuse.

Pioche was not only a mining town, it was a gambling town, too. But things were happening so fast there may not have been enough time for anyone to take meaningful bets on what the outcome might be. Besides, who was this impetuous stranger anyhow?

The local gunman went out onto the hard-packed dirt street and starting walking. The stranger did likewise. Step by step, slowly they drew closer. The air was thick with tension. Like a scene from a TV Western or movie, when the two were about 50 feet apart one made a move. So did the other. Boom! Boom! The stranger went down.

He was carried into a nearby saloon and all he said was, “Pull my boots off quick.” It was considered a disgrace to die with your boots on.

Schafer doesn’t say if his request was followed, nor does he say who the local gunman was, and that doesn’t really matter.

What does matter is the young stranger apparently had not remembered the old saying, “There is always somebody faster.”