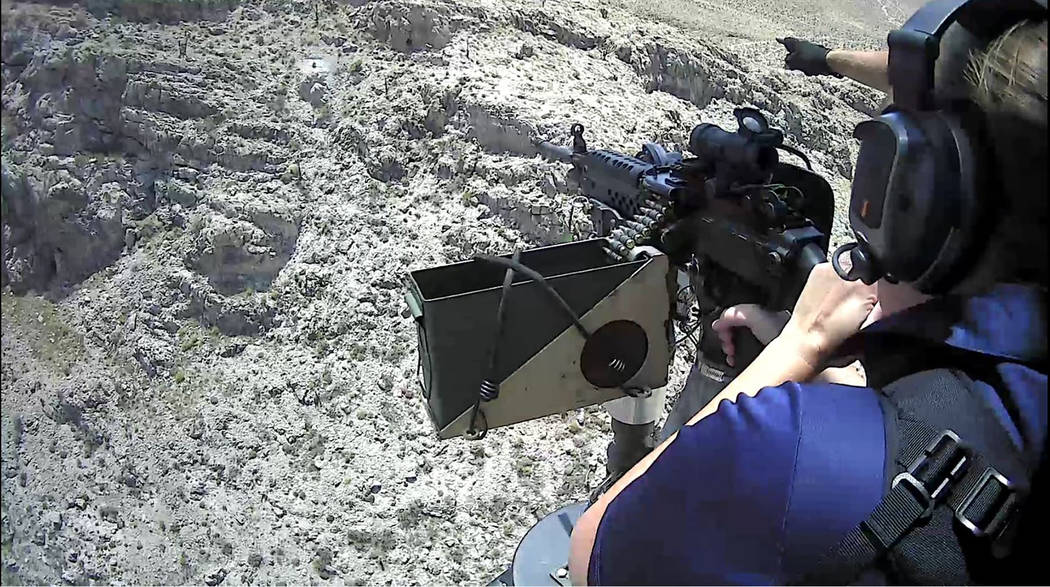 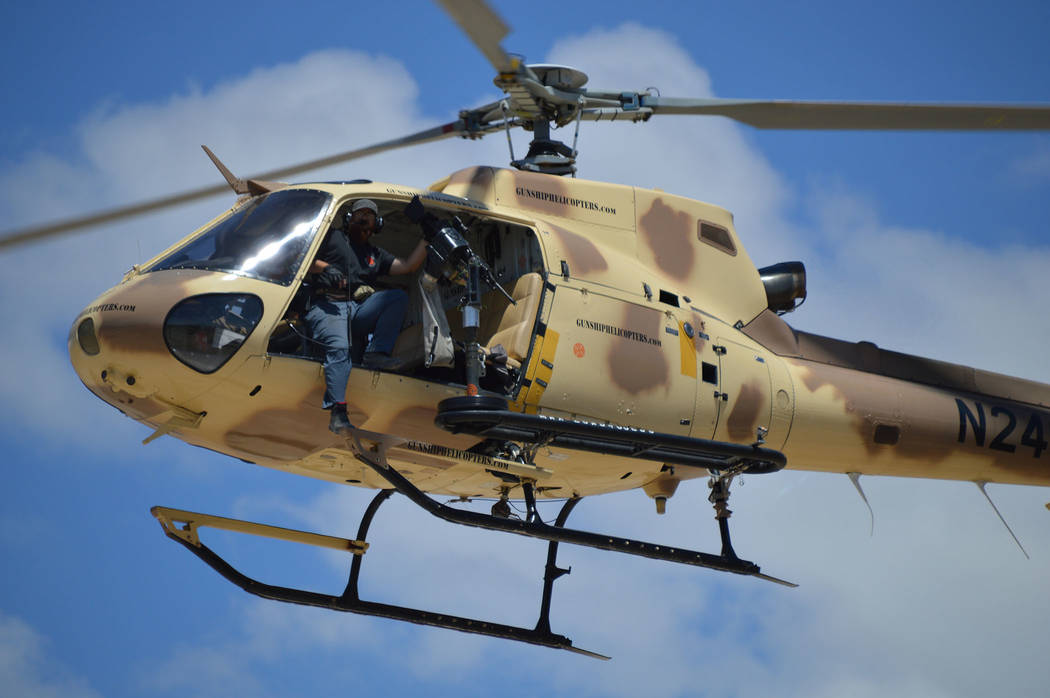 (Celia Shortt Goodyear/Boulder City Review) Ben Wildfong, an air range safety officer with Gunship Helicopters, listens for his instruction on his radio after a trip at the company's 71-acre outdoor shooting range. 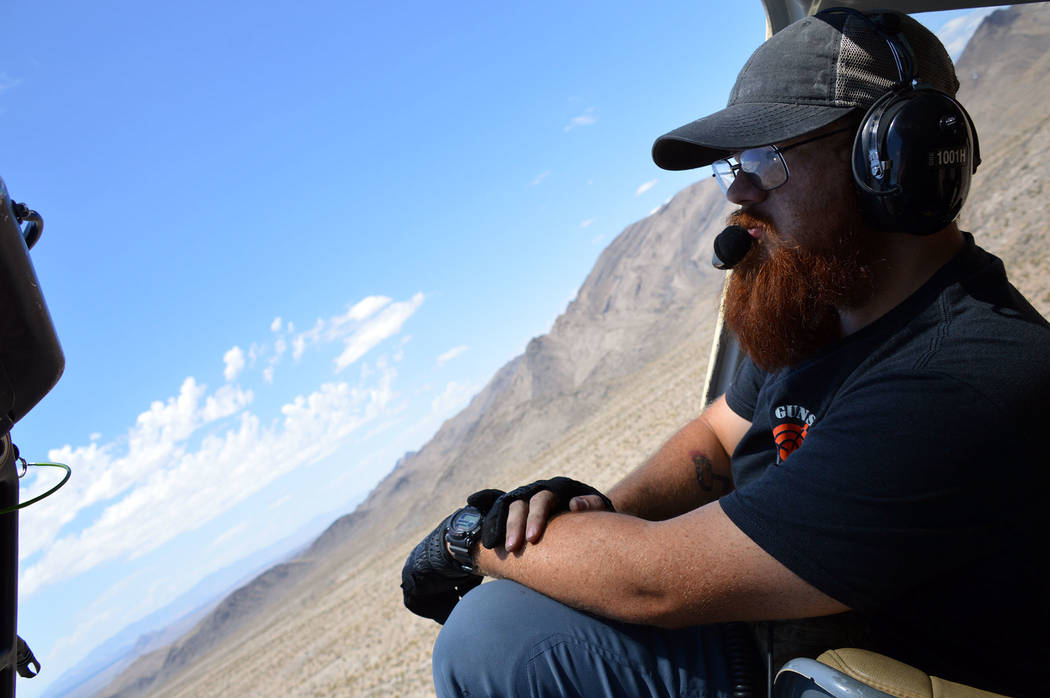 You’d think being belted in and sitting in a helicopter with its door open when it’s airborne as your left leg rests on a gun mount outside and you’re holding a machine gun would make you nervous. But it didn’t.

I wasn’t scared at all as I felt the empty space in front of me, heard the thump of the helicopter’s rotor blades, lined up a steel target hundreds of yards away in the gun’s red dot optic, heard the safety officer tell me to go for it and pulled the trigger.

It made me feel like I was a soldier completing an important mission or an actor filming a scene in an action movie, but I’m neither of those things. I’m just a normal person on a flight with Gunship Helicopters, the company that gives people a chance to safely shoot a fully automatic machine gun from a helicopter at a 71-acre outdoor shooting range in the Mojave Desert in Sandy Valley.

Gunship Helicopters is operated by Matthew Fahnestock, his dad and Boulder City resident Bob Fahnestock, and their friend Randy Saenz. The company started in 2015 after they had the idea to marry their mutual aviation experience with another activity: shooting machine guns.

“We really just want to provide … something you can’t get anywhere else in the world,” said Matthew Fahnestock.

“Matthew and I were like, ‘We could do this.’ … So we started with some shoulder machine guns and just kept getting bigger,” Saenz said.

About two years later, in 2017, Gunship Helicopters opened for business, and now it allows those who book a flight to shoot at least 100 rounds with an M249 SAW (squad automatic weapon) attached to a gun mount on the outside of the helicopter. The doors are open so the person shooting can sit inside and be belted in while shooting at steel targets and wreckage hundreds of yards away.

The outdoor facility also includes the longest sniper range at a commercial facility in Las Vegas, according to Matthew Fahnestock.

“We want to provide a safe experience,” Saenz said. “First comes safety, then comes the fun.”

Guests must complete an orientation, mission briefing and simulation before getting on the helicopter. Additionally, there is an air range safety officer on the flight, who loads the gun, directs the passengers in its firing and is responsible for its operation.

Customers can add a package to shoot a Barrett .50-caliber on the ground.

A Gunship Helicopter flight is $550 per person, but there are discounts for groups of four or more.

For more information about Gunship, go to https://gunshiphelicopters.com/.

In addition to co-owning Gunship Helicopters, Bob Fahnestock has 40 years of aviation and airline mechanic experience and has operated BFE LLC at the Boulder City Municipal Airport since 2006. Saenz helps him manage that business. Additionally, Gunship’s corporate office is at the airport.

Matthew Fahnestock is also a pilot and said he first planned to fly for an airline, but during the training for his license, he flew a helicopter and loved it so much he didn’t want to fly anything else.

Battlefield Vegas, a Las Vegas company that allows customers to tailor their shooting experience, is situated within Gunship’s range and offers opportunities for customers who want to shoot tanks or other ground assault vehicles. Matthew Fahnestock said the business hopes to offer combination packages with Battlefield in the future.