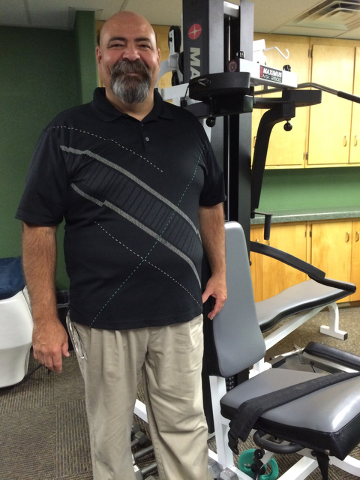 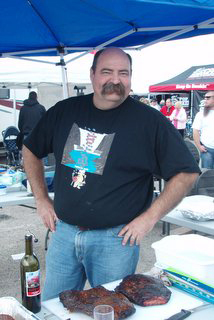 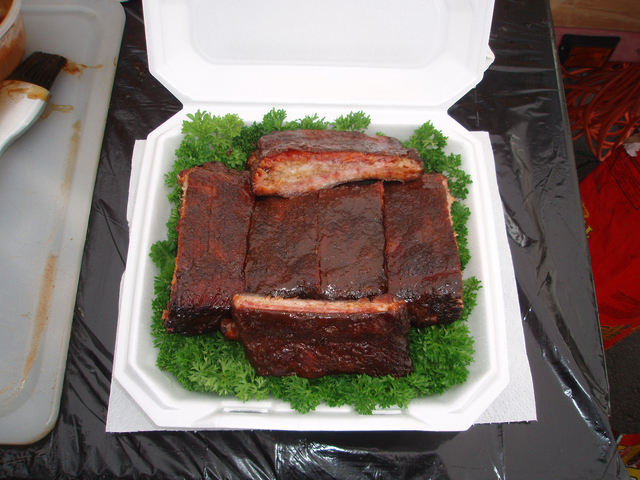 This recipe is the basis for Smith and the way he lives his life.

“I’m just a fat guy who likes to eat,” he said while seated in the lobby of his office, Lake Mountain Chiropractic, on Wyoming Street.

Lake Mountain Chiropractic is a friendly place where folks stop in to chat with Smith or to just give him updates on how they are feeling.

Having been a practicing chiropractor in Boulder City since 2003, Smith has left his mark on the town he loves.

One of the things he cares for the most about Boulder City is the Best Dam Barbecue Challenge. Held each year on Memorial Day weekend, the festival centerpiece is the competition between barbecue chefs, professional and amateur.

“I learned to cook from my Mediterranean grandmother,” he said.

He learned well and his team, BBQ Nerds, competes all over the Southwest in competitions just like the Best Dam Barbecue Challenge.

“This year I won’t be competing. I will be working behind the scenes as director of competition,” he said.

Smith fills all kinds of roles in Boulder City and will soon be filling more. As a member of the Rotary Club of Boulder City, he helps support a clinic in El Fuerte, Mexico.

He also provides hospice nursing for the terminally ill.

By the end of 2015 he will have achieved a master’s degree in nursing and this will allow him to extend his practice to include providing nurse practitioner services specializing in gerontology, adding yet another side to him.

This multifaceted man wears many hats in his daily life. Besides his practice, he and his wife, Marcia, are licensed foster parents and adopted the last baby, Ellie, to come through their home. Ellie’s pictures are proudly displayed throughout the office at Lake Mountain.

This time of year the Best Dam Barbecue Challenge takes an important place in his life. His expertise and knowledge are evident when you see how excited he becomes when given an opportunity to elaborate about the event.

As he explained the judging and the competition he said, “The competitors’ group is its own subculture. It isn’t like cooking for your friends on a weekend. You have to appeal to the taste of six individuals from various backgrounds and experience. A recipe that might win first place this week could come in last place at the next competition.

“Competing is a great hobby, but the downside is you have to eat what you cook,” he added. “I may cook six racks of ribs to get the five or six bones that go to the judges and you can’t just throw them away.”

As a licensed Kansas City Barbeque Society judge he knows good barbecue. He also knows the ins and outs of the competition.

“This one is unique and each judge brings their own history and taste.”

The average competitor will spend more than $1,000 to come to the festival, purchase meat and stay for the competition.

At home he does most of the cooking for family and friends. Like most barbecue aficionados he rarely goes out for commercial barbecue.

“The problem is I am always comparing their food to mine and usually I feel mine is better.”

Smith will be back next year to compete and, in the meantime, he will continue to practice his skills.

He tries to live by the theory of doing everything in moderation. “If you enjoy wine, have an occasional glass. If you enjoy a good cigar, have one sometimes. Life is not about living forever. You can’t do it, so relax and appreciate what you have. Besides, if it ain’t pig it ain’t barbecue.”

Combine all ingredients and rub over your favorite cut of pork.