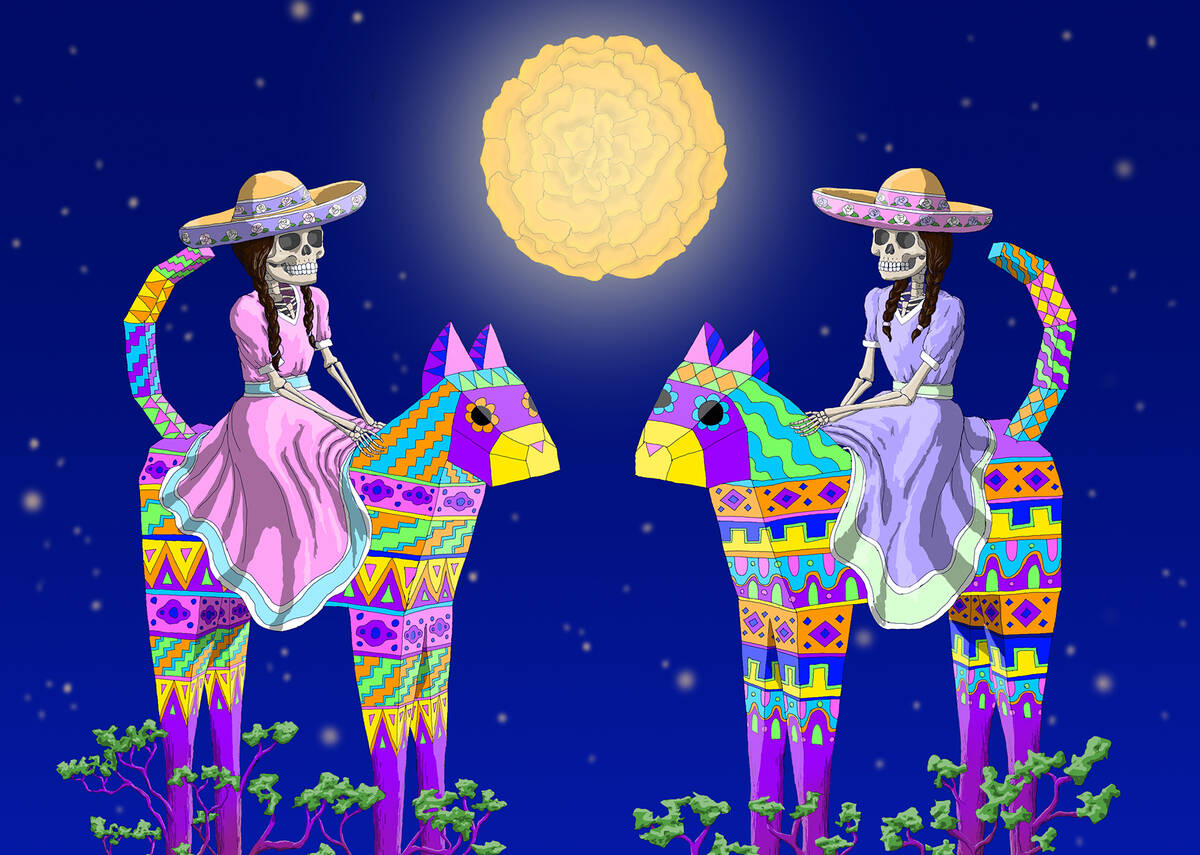 Wendy Adams, director of the Boulder City Hospital Foundation that presents the annual event, said she has “put all my energy in finding fine arts.”

While many enjoy the crafts that are also featured at the fundraiser for the nonprofit Boulder City Hospital, Adams said the two-day festival was originally known for its fine arts and she wanted to bring that back.

According to Adams, this year’s event will feature the largest number of booths it has ever seen.

She said the demand has been so great, the art show will spill out from Bicentennial, North Escalante, South Escalante and Wilbur Square parks onto Colorado and Arizona streets.

“We will even have some artists on the pavement,” she said.

Adams said she is also “excited to report that 30 percent of our 300-plus booths are brand-new. The favorites will still be there, but new artists, fine artists that once we thought were forgotten … they are back.”

She said there will be more sculptors, wood workers and hand-blown glass artists this year.

This year’s featured artist is Eric Calvillo of Las Vegas, who will have a booth in Wilbur Square Park.

He commissioned a piece for the festival called “Maravilla,” which is featured on T-shirts and other marketing materials.

“It means wonder or marvelous,” Adams said, adding it traces back to his heritage and Spanish roots.

A native of San Jose, California, Calvillo said he works in acrylics and oils. On his website he wrote, “my goal is for my work to convey emotion yet be visually pleasing. These two qualities can easily conflict one another, but I think it’s important to find the balance.”

Art in the Park also attracts a variety of food vendors. Adams said “both sides of the street will be lined with food vendors, anything you can think of. Indulge and have fun.”

Art in the Park is the major fundraiser each year for the hospital. Adams said the proceeds are not earmarked for anything in particular, but “there is always something on the bucket list.”

She expects more than 100,000 people to attend over the two-day show.