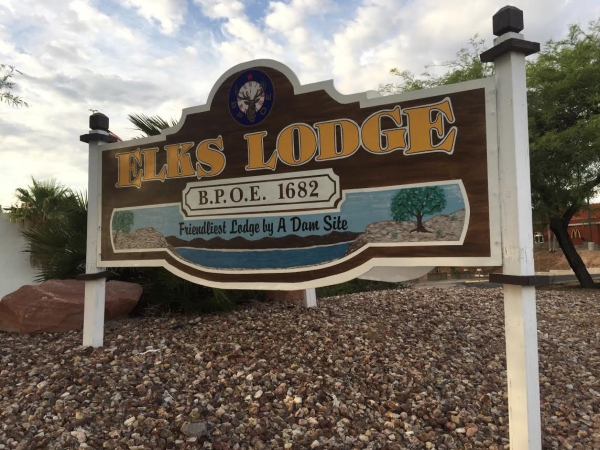 Boulder City Elks Lodge, No. 1682, is using the Queen of Hearts game to help raise money for charitable events around town.

The idea to implement the game came from other members visiting the Elks Lodge, according to former Exalted Ruler Al Shirley.

Shirley said the Boulder City Elks had been exploring ways to raise more funds for local charities when he and other members started researching the Queen of Hearts game.

“We did some research and found that it’s quite common throughout the country,” he said.

During his studying, Shirley discovered that Queen of Hearts is common with other Elks Lodges and Veterans of Foreign Wars groups throughout the country.

The game is especially popular in New York, he added.

Raffle tickets for the weekly Queen of Hearts drawing can be purchased for $1 each by an Elks Lodge member, an Elks member’s spouse, an Elks widow or widower, or a sponsored guest of any Elks member.

Weekly drawings are held at the Elks Lodge, located at 1217 Nevada Highway, every Tuesday at 7 p.m. Tickets for that week’s game can be purchased until 6:30 p.m. Tuesday.

Shirley said one raffle ticket with a person’s name and phone number will be drawn each week. The winner will then select one of 54 sealed envelopes. Fifty-two of the envelopes have a playing card inside, while the other two contain jokers.

If the raffle winner selects the envelope containing the Queen of Hearts, that person wins 60 percent of the pot, which Shirley said is currently at about $1,400. The remaining 40 percent goes toward the next game.

Since the Elks Lodge started the game in May, Shirley has seen more and more people buying raffle tickets. The lodge usually sells a “few hundred dollars” worth of raffle tickets per week, he said.

“As the pot grows, you generally get a few more people buying tickets,” he said. “We’ve got more and more people coming to the lodge because of it.”

Shirley said because the Queen of Hearts game is drawing more people to the lodge, it helps to convey the game’s intent, which is to help raise money for charity. Thirty percent of all raffle ticket sales will go toward helping other organizations around town.

“We’re trying to make people aware of the Elks and the charity work we do,” Shirley said. “Pretty much everything we do is in Boulder City.”

The Elks obtained a business license with a gambling designation from the city in order to hold the weekly raffle. The city code allows nonprofits to apply for gambling permits to cover special events, according to the city’s License Officer Jim Petrie.

“We do tons of them. They’re very common,” Petrie said about the Elks’ gambling designation. “Our code is compliance-based with the state Gaming Control Board code when it comes to non-profits for raffles.”

Only nonprofits are eligible for the permit, Petrie added.

“It’s a very restrictive license. We have to specify what activity it is, and do reports to where the money goes for our charity,” Shirley said.

The Elks Lodge has supported numerous groups around town, including the Southern Nevada Veterans Home, Boulder City Care, as well as school athletics and activities.

Shirley said the Elks Lodge also hosts a Thanksgiving dinner every year that feeds between 200-250 people in Boulder City.

He said he’s hopeful that the lodge will eventually have bingo to raise even more money. Its license with the state’s Gaming Control Board approves bingo along with the Queen of Hearts raffle.

Shirley said he’s hoping to get that going by the end of the year.